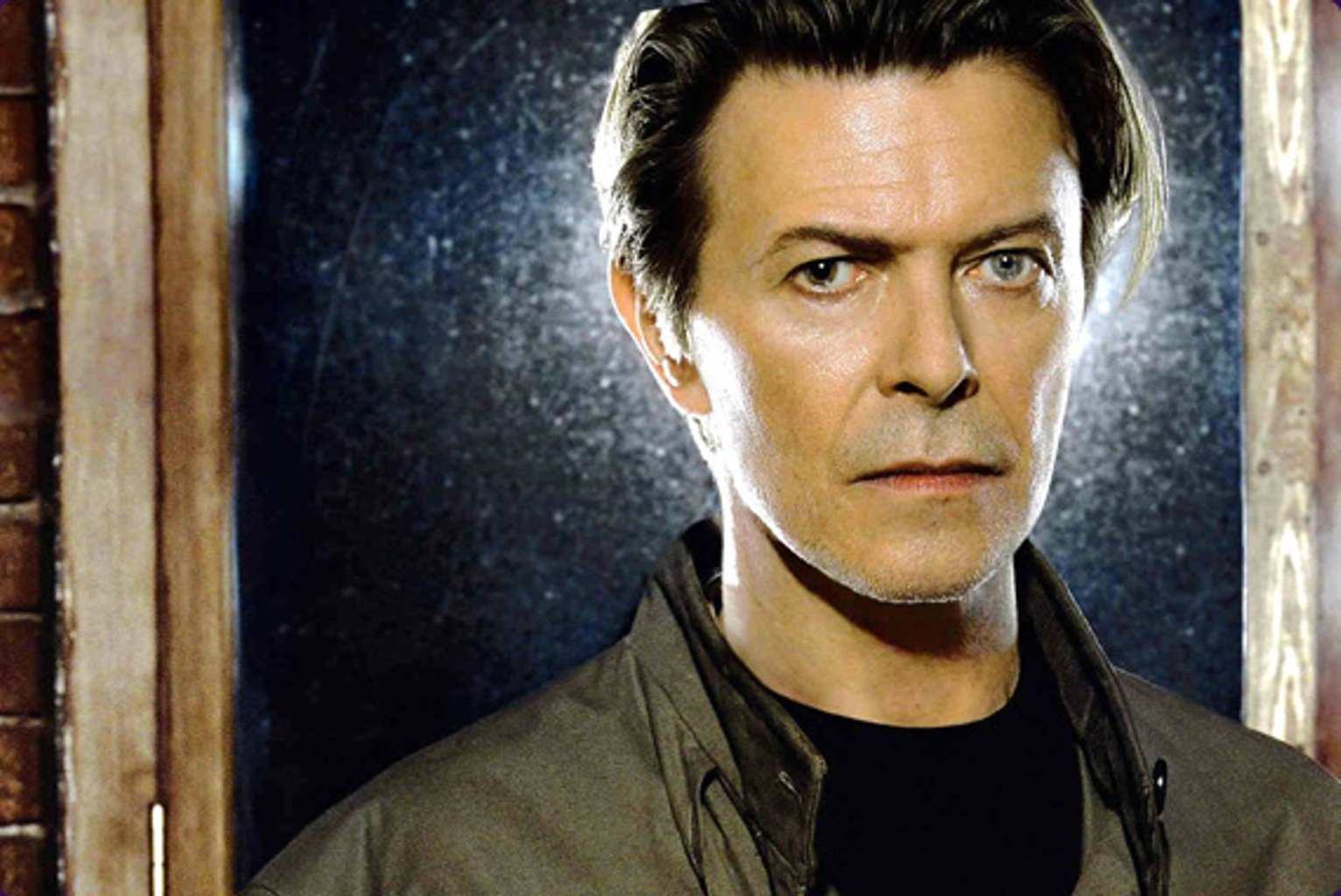 It doesn’t take long for the internet to pour scorn on  something spontaneous, heartfelt and rather beautiful does it? David Bowie’s death a week ago today was a huge bombshell and something a little more significant than “69-year-old singer dies of cancer.’  The sense of shock was perhaps felt more keenly given that there was no inkling that Bowie was seriously ill, indeed he’d  just released his finest album in decades. For all intents and purposes, it seemed like he was back in the game and about to embark on an exciting new creative chapter in his life. And we felt rather lucky that we were gonna be around to enjoy the ride – many of us were still trying to get to grips with ‘Blackstar’, work out the oblique references, ascertain the underlying themes – when BOOM! the news of his death was announced … shock, disbelief, and then emptiness … “Alas, how terrible is wisdom when it brings no profit to the man that is wise! ” – one should never second guess Bowie, suddenly ‘Blackstar’ made perfect sense. The tributes came thick and fast – BBC 6 music set the tone perfectly, (and continued to demonstrate that when the BBC get things right, nobody does it better.)Lauren Laverne summed up the feelings of many when she said that his death was a personal loss for his fans – that he had become so embedded in British culture that many of us felt a deeply personal connection … so far so good … but then along came the dead-eyed intellectuals, slithering from beneath the rocks with their joyless world view.

Not so much ‘a rush to gush’ as a ‘rush to crush.’ They lectured that any real sense of loss could only be truly experienced by those closest to him,(obvs) they droned on that Bowie fans were not experiencing  grief, but some sort of collective mass hysteria. They chided that the tributes had become a game of one-upmanship –  and mocked what they saw as a narcissistic competition- an exercise in self-promotion –  ‘my loss is greater than yours’.   They complained that the reaction to news of his death was “OTT”  and that we should all “man-up” and  people professing their love for Bowie probably weren’t even “proper fans” (whatever that means). He was after all just a silly pop singer with delusions of grandeur.  Fuck ’em, fuck their cold hearts and their withered spirits and their dreary empty sense of superiority.

Personally, I found the collective response to Bowie’s passing hugely comforting and completely  proportionate –  Bowie wasn’t “the King” or “the Boss” he was, in fact, the master, the perfect post-modern pop star. For many music plays a huge part in our lives and so when an artist like Bowie dies it genuinely feels like our world has been diminished.  You didn’t have to have known Bowie personally to feel  a genuine sense of sadness and loss. The last week has made me realise that Bowie’s music wasn’t just a part of my record collection, it was woven into the fabric of my life – and that shit matters.

It’s difficult to sum up exactly what Bowie meant to me personally, when glam rock was in its pomp, many of it’s stars looked little more than beefy hod carriers who’d poured themselves into ill-fitting trousers and raided their mums makeup bag, but Bowie, Bowie was exotic, Bowie looked like a fucking alien! His ‘plastic soul’ period was masterful, the Berlin trilogy, futuristic and groundbreaking and even when he became mainstream he did it with more style and class than any of his peers ( let’s pretend the ‘Dancing In The Street’ video with Jagger never happened.)

The first time I remember seeing him on TV I cried. Not because I’d heard the voice of god, but because I was a small child and was terrified by the notion that an androgynous flame-haired alabaster skinned ‘Starman’ might be waiting in the sky willing children everywhere to ‘boogie.’ During the 80’s when he became a kind of figurehead of the New Wave and New Romantic scene I’d began acquiring a huge stash of his records on vinyl, including all manner of rarities and imports  via Adrians Records mail order service (pre-internet – and the Amazon of it’s day for music fans – they seemed to be able to get hold of pretty much any record you wanted.)   Over the years my relationship with Bowie became more distant as I discovered other bands , but  Bowie’s hand was always there, guiding me towards music that quite possibly wouldn’t have existed if it wasn’t for him.   I’ve thought long and hard about what he meant to me and how I felt about his death, I think I’ll stick with my initial response, when I was asked to comment on his passing by the local newspaper

“It’s hard to believe such an innovative creative soul is no longer with us. He was always there – ‘being Bowie’ and being generally brilliant -and times you kind of took him for granted. I’m still incredibly shocked and saddened by the news of his death, perhaps even more so as he’d just released another fabulous album to add to his incredible body of work. I only ever saw him live once and he was, as you’d expect, a force of nature.

“His fearless creativity, his restless spirit, his desire for constant reinvention and to move forward ensured that he never became irrelevant, or become mired in bitterness like some older musicians moaning about young bands not being as good as in ‘their day’. Bowie didn’t berate them he inspired them by his own actions. He didn’t follow trends, he set them.

“His final gift to the public, the (now) incredibly moving video for ‘Lazarus,’ is typical Bowie and a beautiful way to say goodbye and bring the curtain down on an incredible career and dazzling life.”

Bowie was no saint he could apparently be ruthless and there are periods in his life where he was more than a little fucked up and slightly dazed ( why else would you agree to be interviewed by  professional lone parent  Tony Parsehole?) But to the empathy voids, the ‘grief shamers” and those who found the collective response to Bowie’s passing insincere  –  I think my friend, Bowie fan and musician Susie Wilkins summed it up best when she told me

” I was actually quite stunned at my reaction. I cried every time I listened to his music. On the day.. On the day after.. Who knows, if I listen to Life on Mars I might just cry again. Are the tears just for Bowie – a person I’ve never met? Possibly not. I must add a side note that I know all too painfully well what ‘real’ grief is. My brother died. My dad died. In those instances, I did not cry. I hyperventilated. I screamed in shock. My body wasn’t ready to cry. So years later, when the artist who was introduced to me by my brother died. Then I cried. That life changing moment when my big brother played me Space Oddity for the first time was back in the forefront of my mind. Music means a lot to a lot of people. It’s a soundtrack to life events & it is life changing. David Bowie’s music changed my life personally, and as an artist. It is intrinsically linked with personal memories of happiness and loss. So when he died, I cried. A lot.” 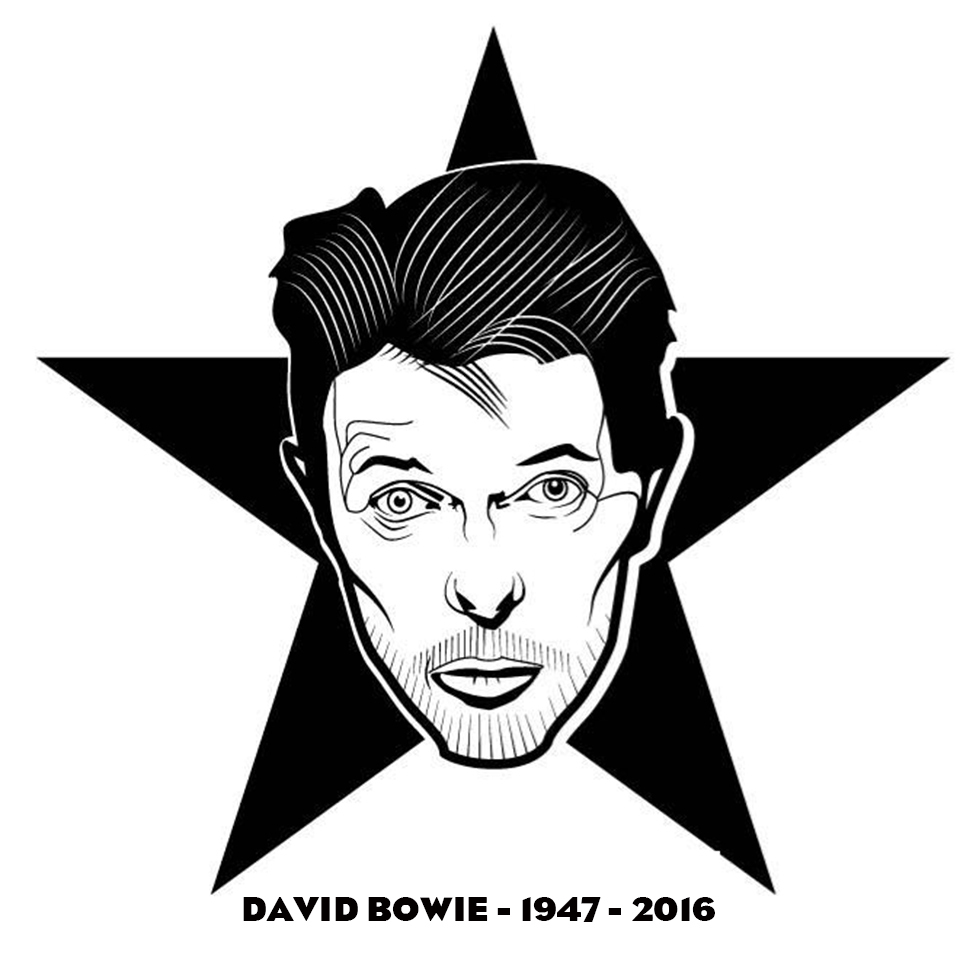