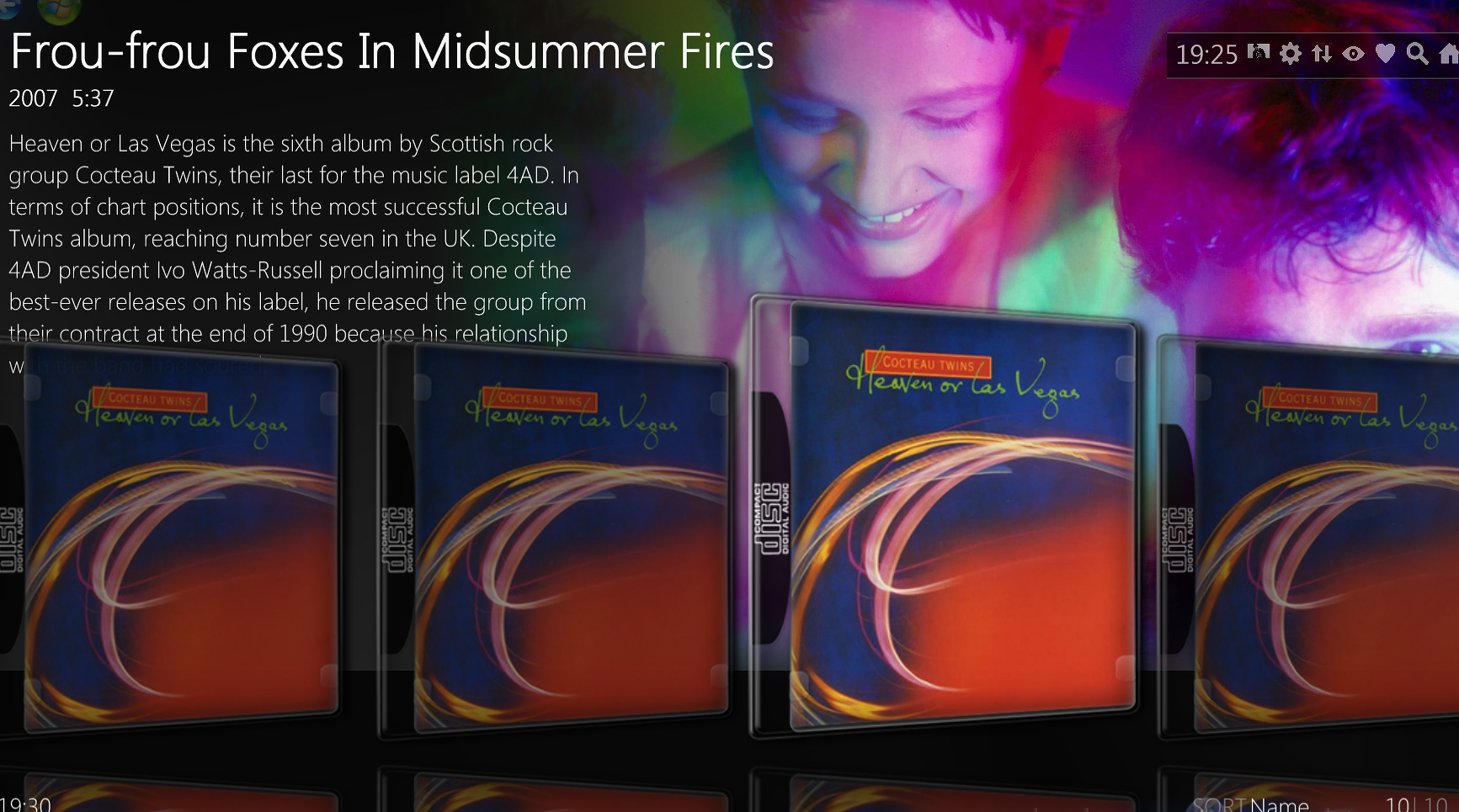 Instead of looking to the past perhaps, we should embrace the future.  That might be sage advice for the music ‘industry’ as it continues to be locked in a fruitless battle trying to claw back the control it once enjoyed.  It’s becoming increasingly apparent that streaming music platforms such as Spotify are not going to be the saviours of the music industry, indeed there are many artists who feel that such services are, like record labels of old, not being entirely fair in terms of recompense.

Instead of trying to make old business models fit new technology why not rip up the old model, invest in new technology and really  make music the exciting interactive affair it could be.  From what we can see that is simply not happening, there’s still the tendency to peer into the stagnant well of nostalgia, to talk of the good old days. News flash! Those days  are gone and it’s time to accept that people now consume music in a very different way. As Jarvis Cocker stated ”Music has changed.  It’s not as central, it’s more like a scented candle.”  And of course, it’s never had more competition; a new iPhone launch for example will attract more people, and engender more hysteria than an in store signing from a moderately successful pop star.

And the competition for your attention is fierce,  there are the new breed of Vloggers who have amassed a huge army of fans,  high quality online gambling sites, gaming consoles, streaming TV and movie websites , iPads, smart phones, apps eBooks and all manner of mobile technologies competing for your time and money. It can be quite overwhelming and music is just one player in this new digital frontier.  In addition, everything can be carried in your pocket and accessed ‘on the go’ – try doing that with vinyl! …  And interestingly it’s technology itself that has become the new celebrity here, Apple’s acolytes will defend their product of choice with the zealous ardour and loyalty of the One Direction fan whilst Steve Jobs has been elevated to an almost god like rock star status by tech-heads.  Looking at how technology is marketed, its slick, sexiness really does make the old school style of promoting and presenting music seem rather dull, uninspiring, and quite simply backward looking.  Indeed nostalgia seems to be its only marketing ploy “big music” has, as it insists on maintaining its Canute like stance, still fighting against the tide of change, railing at the waves.

Now of course we appreciate that not everybody loves music as much as we do, after all we spend a large percentage of our time listening to it, experiencing it live and writing about it.  We realise to many it is indeed the aforementioned scented candle in the room, the background noise to our brave new multitasking, status updating instant click world.  For many it is a pleasant sensory “enhancer” to be enjoyed alongside other interactive technology but perhaps not essential.

And interactivity is the key word here because for music lovers and even the casual music fan does the digital music experience really have to be so dull?  iTunes and Spotify may work reasonably well in terms of functionality, (although Apples “walled orchard” approach is annoying) but they almost seem to make a virtue out of their utilitarian interfaces, which can make the whole experience interminably drab.  In short, they are clumsy ugly screen hogging monstrosities and a far cry from the smooth beauty of much of the often-seamless interactive Apple experience.  We are talking about enhancing the entire musical  experience in the same way perhaps a beautifully designed album cover did in the 70’s, or Vaughan Oliver and Nigel Grierson’s  iconic 23 Envelope designs did in the 80’s making 4AD records the label in which ‘The visual aesthetic was as crucial as the music.’

So where are the digital equivalents?  Well we could look at platforms such as Plex or our current favourite Media Browser, which is beautifully realised, aesthetically pleasing as well as being  interactive, customisable and with minimum effort and tech skills organises all your digital multimedia.  It mixes functionality with a real visual WOW factor.  If your digital library is well organised it will automatically download metadata, and with the addition of few reasonably priced add ons (‘movie and video theme’ plug ins for example) it can hugely improve your digital experience taking it to another level.  Combine  it with streaming devices (Google chrome cast,  Apple TV etc ) and a choice of  paid for or free apps for your Android devices or I Phones /I pads  and it can open up a breathtaking new world completely changing the way in which you interact with your media. (screencaps below) 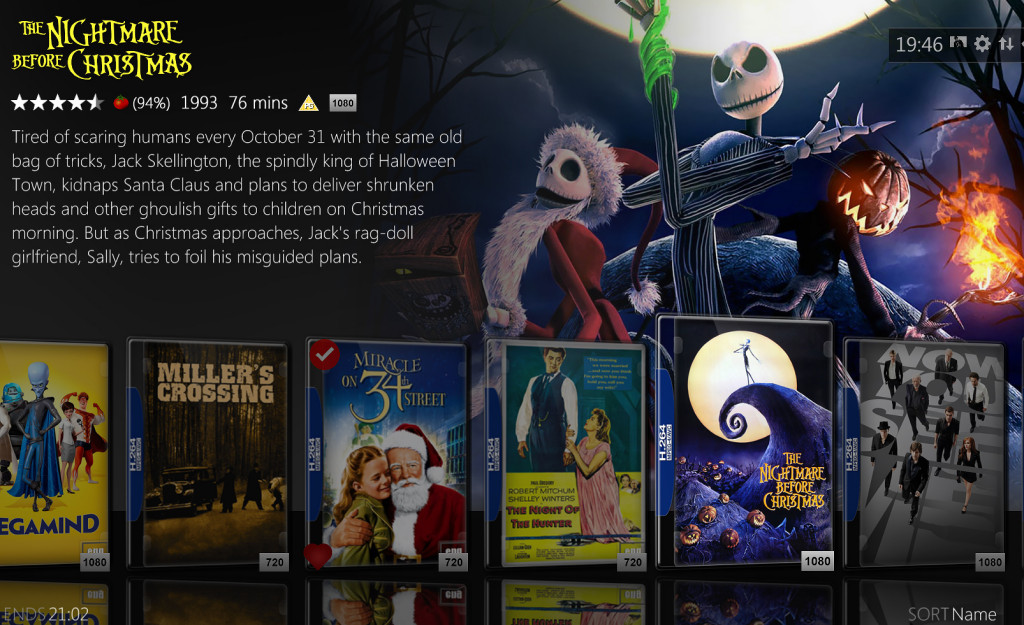 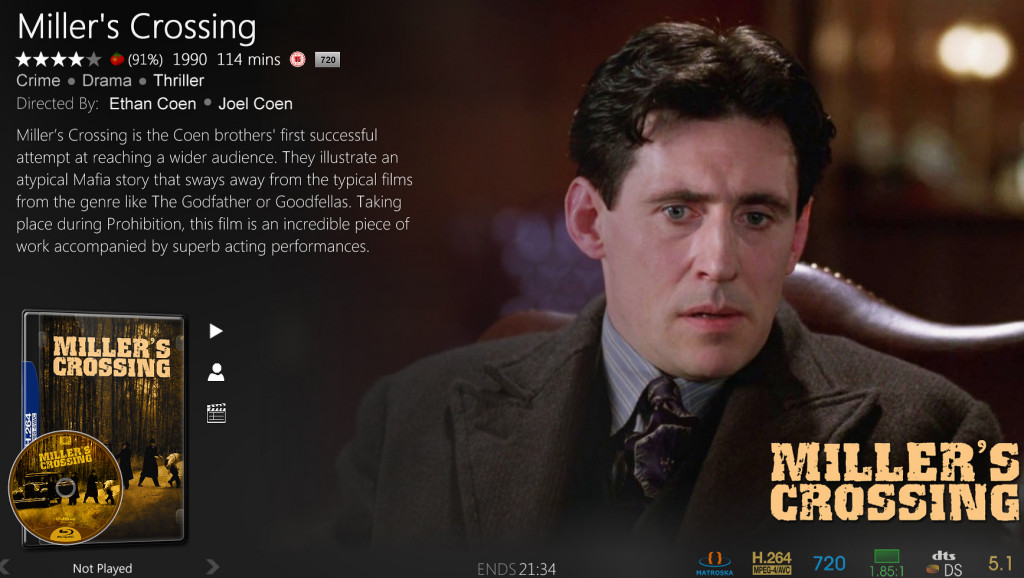 If it’s purely music you’re interested in you could try another open source player such as Foobar, which plays practically every format known to man and of all the media players, we’ve tried, for music, this certainly has best audio playback for our ears.   Again, unlike iTunes and Spotify it’s hugely customisable, and combines options to display hi res album artwork, lyrics, artist bios, and visual effects.  The future doesn’t have to be so dull and ‘locked in as iTunes and Spotify would have you believe, in fact the digital future looks like it could be incredibly exciting, liberating and hopefully will birth a new model that nurtures and sustains creativity.  Instead of fighting it, the music industry should embrace it, perhaps we should all ditch the nostalgia and start looking forwards, because there’s a whole new digital world out there.

We’d be interested in what other media platforms, players other people recommend so feel free to share your discoveries in the comments section below. 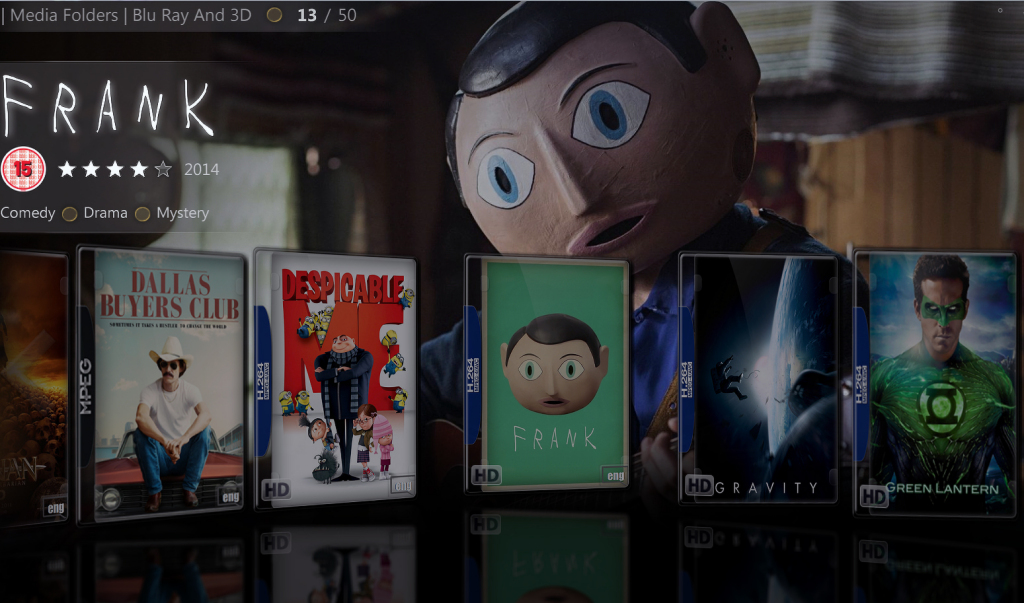 5 thoughts on “Does Digital Have To Be So Dull ?”