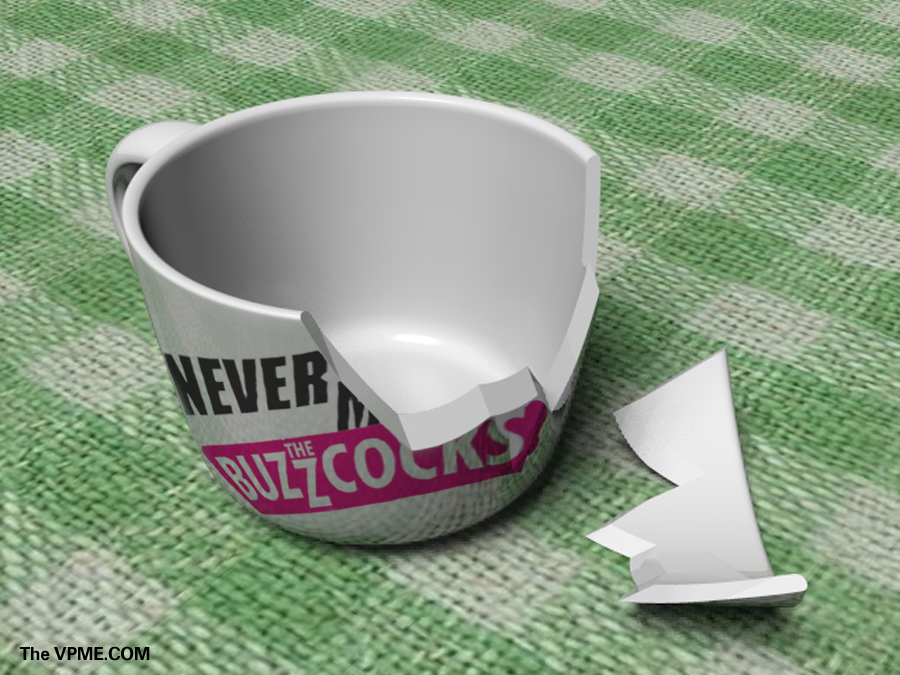 I’ve become increasingly weary of ‘Never Mind The Buzzcocks’ – a show that’s been furiously treading water in the sea of banality for a number of years now.  Any wit or spontaneity has long since departed, replaced with vapid laddish ‘Top Gear’ style badinage and a cloying atmosphere of overarching smugness.  There’s also a palpable sense of a kind of anorak ‘in crowd’ elitism that’s matched only by the London-centric media and arts Twitteratti who, with every backslapping, self aggrandizing tweet redefine the term ‘up their own arse.’  Yet for all its so-called ‘edgy alternative humour’ it’s actually produced by the same company behind mainstream hits such as ‘The X Factor,’ ‘Neighbours’ and ‘Britain’s Got Talent’ and in common with these shows, it really is well past its sell by date.

…  One aspect of the show I’d always found particularly dispiriting is the “ID Round.”  A “where are they now?” style feature in which both teams, egged on by their team captains and drunk on their own sense of superiority and self importance, attempt to outdo each other in the insult stakes.  The result is a crass televisual equivalent of watching a drunk dance for pennies surrounded by a gang of giggling smart phone brandishing middle class teenagers.  Except most teenagers have more empathy…and better jokes.  Of course, there is the view that the pop stars of yesteryear know the format and get exactly what they deserve; after all, it’s just a bit of banter.  I’ve never been a fan of that particular argument…’banter’ AKA “The Clarkson Defence” is all too often the last refuge of the fuckwit and an excuse to be unnecessarily nasty and abusive.

Given all this, you can therefore imagine my surprise when some years ago I received this missive:

“Hi, I work on the BBC2 ‘s ‘Never Mind the Buzzcocks’ -This series we will be continuing with our ID parade round. If you are unfamiliar with the round, a chart topping artist is placed among a group of lookalikes and the panellists (headed up by Bill Bailey and Phil Jupitus) must attempt to spot the genuine artist. The ID round is a great, light hearted way to remember chart topping acts, and is the highlight of the show. We were wondering whether you might be interested in making an appearance in the round this series?

The show is filmed at BBC Television Centre on Tuesdays from 23rd September (for 12 weeks) and we would require you to be at the studios for 1700 until around 2130.  If you’re interested, i’m happy to discuss a fee with you and we would obviously cover the costs of your travel.  Simon could say a few lines about anything you are currently working on or want to promote etc…  and, as i say, that would reach an audience of millions.”

Being neither a chart topper nor even a musician of any note I had of course received this due to a case of mistaken identity and my friendship with a certain flame haired female singer/ guitarist from one of my favourite shoegazy bands of the 90’s.  Despite my own misgivings about the show, it was my moral duty to inform said flame haired siren, who responded thus ‘Thanks for passing this on and being a go-between.  Could you let them know ‘thanks but no thanks?’

Which brings us on to the response to such a request from Jim Bob’s (author, Carter USM front man, solo artist, etc etc) manager.  In just a few paragraphs, it raises far more genuine laughs than NMTB’s has managed in the last five years (aside from Huey Morgan’s cup smashing antics)

I hope you are well this sunny Friday.

Thank you for your email but I will cut to the chase like a man with a crazy axe. The answer is very much a ‘no’. And not any old ‘no’. A ‘no’ that is a little weary and sad. Perhaps this ‘no’ is even a tad disappointed.

You are probably wondering why Mr No. isn’t full of the joys of this late Summers day? It may be to do with the fact that this is the seventh (I am guessing this number, but it seems as good as any and I like the number seven) time Jim has been asked. That may explain the lethargy of his refusal? Who can tell? Numbers aren’t the easiest people to work out at times.

Anyway, I have always enjoyed ‘Never Mind The Buzzcocks’ (especially the Simon Amstell period – did you see his sitcom ‘Grandma’s House’? An underrated gem!). As a viewer though, and you as an exec producer I think we can both agree that the section of the show isn’t always that kind to the person on parade. At times it’s almost like laughing at a disabled person who has fallen out of a wheelchair. But don’t feel bad – it isn’t as bad or exploitative as The X Factor as you do things like pay expenses. Money can often change everything! You have to pay your own expenses to look like a banana on Simon Cowell’s cavalcade of cruelness.

In my humble opinion I think Jim is too good for this part of your show. That sounds arrogant but I don’t think that’s a bad thing. At times I don’t think the British are arrogant enough. We should say what we mean more perhaps? It hasn’t done the Americans any harm, but I digress. You may not know this (why would you? You aren’t God. You can’t know everything!) but Carter still play sell out gigs at venues like the Brixton Academy. 5,000 people pay £25 British pounds to see them, at just that one show. In Scotland we only charge £20 as they aren’t so flash with the cash up there. An amazing fact – they even headlined the Beautiful Days festival recently to 20,000 odd people. Don’t get me wrong it was full of old crusty dudes but they paid over a hundred quid to get in. So not to be sniffed at eh?

Jim also has a successful solo career and is about to release his eighth album (I probably have that figure wrong too and Jim will sack me. Numbers schmumbers). He may not sell as many compact discs as U2 but he does what I would class as ‘ok’. And unlike Bono he isn’t going bald. Nor does he always wear sunglasses. If he goes on the identity parade he may as well say on the show “This is the only bit of publicity I can get to push my new album that nobody cares about. Please mention my new album, it will make the hilarious jokes about my old haircut all be worthwhile.” But of course he couldn’t say that because I don’t think you allow the Identity Paraders to speak. Good job too ***. Most pop stars just talk rubbish! As it is though Jim already has a fair bit of publicity planned so I don’t think we need to do this. I won’t lie, it could be better. The One Show won’t book him and that gets six million viewers. They are fuckers quite frankly. Six Music are a lot more amenable you’ll be pleased to know.

The last thing to mention that Jim also is now an author and is onto his third novel, and his latest with a major publisher. This isn’t ‘Barry’s Books’ giving Jim 20p to write some load of old tosh. This is one of the big publishing guns giving him shit loads of money (he won’t tell me how much exactly to avoid paying me properly) to write his new tome. You wouldn’t find J K Rowling up on Parade. And now Jim is a published author I have a motto “Only do what the Harry Potter lady would do”. I think this will hold him in good stead.

That is it from me you’ll be pleased to know. Sorry for such a long response but before you emailed I was having to do something with numbers and budgets and it was hurting my noggin. I think I am doing that deflection thing my psychiatrist often talks about.

Anyway, have a great weekend ***. I hope it brings you happiness and general warm vibes.