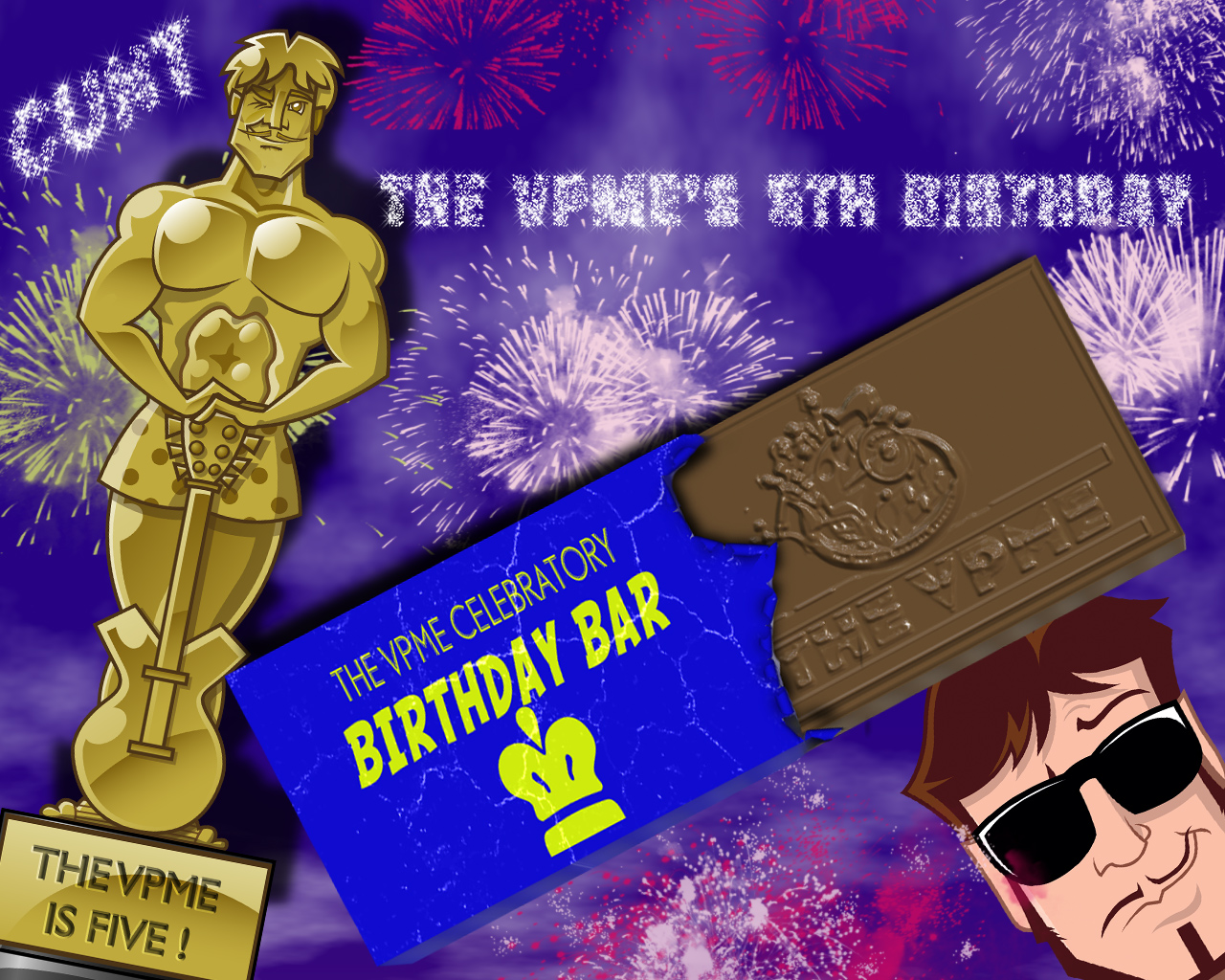 Well today we have been ” “dancing about architecture” (music blogging) for  5 of your earth years! – hurrah.  The VPME started with no particular ambition other than to highlight the music we loved. It kind of came about as an offshoot of  another blog we’d started mixing Photoshop with politics .  We’d written for music fanzines with varying degrees of success in the past and after a hiatus (ie/ mortgages, bills, real life)  the internet seemed offer an ideal opportunity for anybody who can type to get their opinions out there. And of course we were infuriated with Cowell sodomising pop culture on a regular basis, making it bland, beige and utterly conformist.

In the last five years we’ve experienced things we could never have predicted  when we started out.  Of course it’s not always been Sunshine, Lollipops And Rainbows for example although we tend to focus on the music we love,  we do occasionally dip our quill in vitriol and attempt to cut through the hype that occasionally provokes our displeasure. As such our opinions with regard to certain bands have sometimes lead to some bizarre accusations “You are Anti-Scottish”  ??  Our reviews of  Glasvegas and The Horrors are two such examples which generated their fair share of hate mail, but that goes with the territory and I’m sure comments such as “I hope you die tosser” weren’t really meant personally ;).Their fans are just passionate perhaps? We were also involved in #wanggate on twitter, which had us chortling into our Horlicks as reported by Breaking More Waves Blog HERE 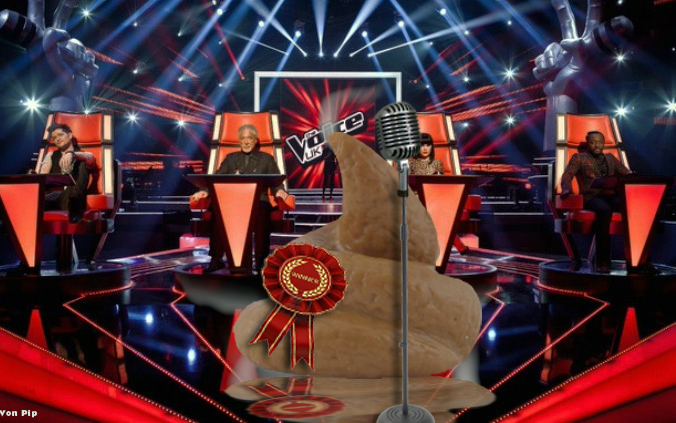 But these were mere fleeting clouds across the sun, because it in general it’s been a very positive experience, we’ve made some great friends, met some amazing artists and shared our views with other UK bloggers who also share the same passion for music. Remarkably most of them aren’t “socially inadequate, pimpled, single, slightly seedy, bald, cauliflower-nosed young men sitting in their mother’s basements and ranting. They are very angry people” © Andrew Marr.

If we were to pick highlights where on earth would we begin ? We experienced the heaven and Hell at Glastonbury, getting trapped in a chemical loo at midnight isn’t as much fun as it sounds, but sitting back stage surrounded by the likes of Matt Smith , Julian Casblancas, Emma Watson probably is. We’ve had one of our favourite writers , Laura Barton write articles for us, Black Box Recorders and JAMC’s John Moore has written reviews of the year, which were always a tad surreal but unfailingly hilarious. We’ve had lunch with Lush’s Miki Berenyi, Emma Anderson has popped round for a cup of tea, we’ve even been thanked on the sleeve notes on the reissues of two  our favourite albums  Pyschocandy and Darklands by our beloved Jesus And Mary Chain.  We’ve appeared on BBC 6 music, Amazing Radio, BBC Merseyside and now we have our own show on a radio station which has had Will Sergeant and Simon Raymonde as DJ’s – Strangeways radio. We ‘ve  been  runner up in the Record Of The Day Awards for music journalism and PR, been a “tastemaker” on the  BBC’s “Sound Of”  Panel, appeared in The Guardian and have written for the industry bible “Music Week” But most importantly we’ve discovered amazing new artists and some have even gone on to become platinum selling artists !! [Paloma Faiths mum love us ;) ]

So a big and genuine thanks to everybody who we’ve met and many we have yet to meet, who have made the last five years such a great experience and of course to the people who read and enjoy the blog . We salute you all!  Here’s to the next five – maybe? :) 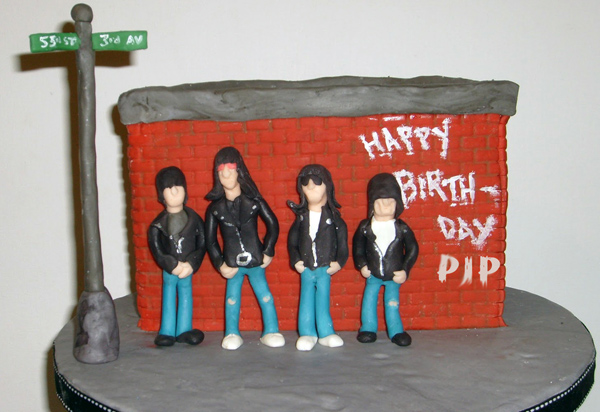 We’ll leave you with our first ever post [in which our photoshopping scaled new heights],  so verbose, so witty and so incisive, erm ! ;)  https://www.thevpme.com/2007/07/31/hello-world/  and the first song we ever posted !

“The Burning Ambition Of The Early Diuretics ” By The Pipettes