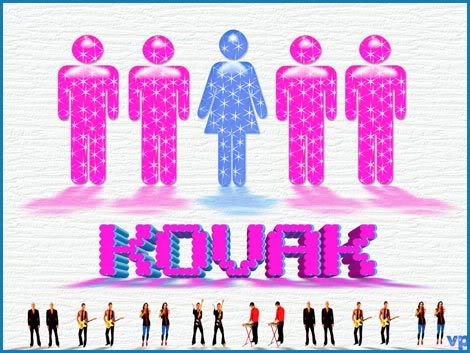 What is it about Brighton eh? So much good music seems to be coming out of that place lately, every other decent new band that crosses my path seem to be from or connected to the area. I personally can only assume that the bizarre habit Brighton and Hove Bus Company employ of naming buses after “famous” people with a connection to the area is the motivating force here… I mean really, who could resist such an honour? Don’t worry if you’ve just missed the “Kitty O Shea” the “Eleanor Marx” will be along shortly, and what stony hearted creature could resist a ride on the “Ida Lupino?” I’d recommend the “Rudyard Kipling” (which provides an exceedingly good service, no “ifs” or buts) or the psuedo-revolutionary “Monster Bobby,” an eccentric, rather unreliable service often suffering from the occasional technical hitch or two. On the down side I couldn’t, hand on heart, recommend catching the “Luke Pritchard”, a scruffy, unreliable, irritating little sh*t of a vehicle with ideas above its bus station . . Oh and a word of advice, avoid hopping on board the “Heather Mills”, it can be very erratic indeed, one wheel tends to make for a bumpy trip and a quick ride could cost you an arm and a leg. It must be said that you cannot help but feel that naming the 820; “Santa Claus” is stretching the boundaries of the “links with Brighton” theme a little. (Explanation on their website; “Santa, connections with Brighton and Hove: Every Christmas he delivers the presents to all the children!” Ah yes that explains it then!) Mind you I’ve always found Brighton an interesting and eclectic city, a place where freakish absurdity hardly a raises an eyebrow (i.e. the Kooks, Brighton and Hove Albion FC, Chris Eubank and of course Jordan…) I mean chaps, try wearing a pink wig, eyeliner, a skinny Tee and a pair of Lederhosen on a night out in Liverpool and see how long it is before you end up in A&E (actually don’t!)

Brighton seems to be a real hub of cutting edge creativity these days, and yet another band from the area has attracted my large, highly appreciative ears. Kovaks the name and they mix disco, pop, electro and Indie together to devastatingly good effect… Now being a dour Northerner, I rarely dance, there’s not really much call for it over a game of dominoes, a warm pint of “Badgers Todger” and talk of whippets whilst munching on lard n’tripe pies. Let’s face it after a hard day down t’pit, cleaving coal from the bowels of mother earth with your teeth, nobody much feels like poncing about “Pulling Shapes” on a brightly lit dance floor.. In a nutshell the view up here in t’north is that dancing should be left to lasses, nancy boys, and the mentally ill. It might be all well and good for drama students and jobbing thespians like them lot down south, but up north we deal in reality, we find “hopes” and “dreams” a little effeminate to be truthful. It’s a bit like a Totalitarian version of “Footloose” with cloth caps, clogs and gulags. Kevin Bacon? That lad wouldn’t have lasted five minutes in Little Thirkleby or Appleton Wiske, with his fancy-dan hoofing, circulation inhibiting strides and ridiculous mullet. In fact the nearest we come to anything that even resembles dancing is when we hold our traditional “ferret down the pants” competitions. Saying that I have danced in public but it’s a very rare occurrence, I suppose this is a blessing, as those who been unfortunate enough to witness such displays of unbridled lunacy would surely testify? The truth is few bands actually provoke a strong desire within me to dance (unless I’ve enjoyed a glass of “Pastor Gillespie’s Organic Brain Fog” ) But now Kovak stand accused, for it is they who are responsible for me producing moves that can at best be described as “Ian Curtis trapped in a strobe, wearing roller skates” We put the spotlight firmly on Abby, Karl, Dazza, Toby and Mr White, collectively known as Kovak.

VP: How did it all start ? Where did you meet? What’s the name all about?

Kovak: (Karl And Dazza): Me (Karl) and Dazza (bald one with glasses and levitating sideburns are brothers, we’ve always played music together since we were kids. This band has morphed from a band we formed years ago…. good things come to those that wait dear boy! The name Kovak is from Martys great Czechoslovakian Aunty….. you’ll never guess where she comes from…. or what her name is!

VP: How would you describe your music and who would you say you were influenced by ?

Kovak:(Karl And Dazza): Our music is an electro indie spectacular with a sexy dance twist, none of this flash in the pan electro 80’s nonsense with luminous pink hats and no soul…. although that is kinda fun? Our influences are spread far and wide, further than Cornwall to Kidderminster (could be a really bad album name?) we all like different things for different reasons – we all write together now at rehearsal or in the studio, kind of click into position and off we go… we finally found unified direction, (maybe they could build a direct road to Cornwall from Kiddy?)

VP: From an outsiders perspective Brighton appears to have so much going on musically, what’s the inside view, is it harder to be heard above the noise

Kovak (Abs): I don’t think it’s hard to be heard at all, if you make the right noise! The trick is to make everyone aware that you exist. There’s a whole bag of different genres, which is great for us because that live stereotypical rock-band format isn’t us at all – and the Brighton audience doesn’t expect that anymore either. The electro/pop scene is really starting to come through now, and the more decent bands there are, the more fans there are, and the more people to play to. The Brighton crowd is notoriously tough to crack though, but this scene is starting to let it’s hair down. We like it!

VP: You’re releasing a single soon, what are the plans? Lots of gigs and promo etc ?

Abs: Well, the single launch party ties in with our Club Kovak night in May, which is also the first night of Brighton’s Fringe Festival, so we’re kicking it off with a bang! We’ll be making a few appearances on the radio, and there’ll be more gigs too… so watch this space!

VP: So in your time together what’s been the undoubted highlight ?

Kovak : Well, Dazza managed a whole rehearsal once without farting… So second to that momentous occasion, I would have to say recording the album has been the best Kovak moment yet. Sure, we LOVE playing live, and have had some amazing gigs, and that’s what it’s all about, but there’s something about taking time out to record, and submerging ourselves into complete self indulgence where “it’s all about kovak kovak kovak”!. C’mon, that’s what we’re here for really…. We all have our little ego’s to tend to! And when you’re isolated in a remote haunted house on an island with an inspiring producer and nothing else to do but play music, it’s a highlight hard to beat!

VP: And what’s been the most unpleasant experience, thus far (apart from this interview)?

Kovak: Shit gigs… everyone’s had ‘em and we’ve had our fair share. What is it with people who are completely incapable of organisation, and then to make matters worse, you have to contend with terrible sound, cutting songs out of your set and blah blah blah…?! It’s one of the biggest frustrations of being in a band. Dazza, in a moment of frustrated madness, once speared a drum skin with his drumstick mid gig causing another band to engulf the stage followed by their entourage of mates, threatening to beat him up… I wouldn’t say that was unpleasant as such, but it did go down as one of our worst gigs!

Kovak: Only on a Monday

VP: What did you make of the smug back slapping Brit awards this year?

Kovak: Just the usual campaign to fill up the displays at the front of record shops. Although you’ve got to give it to Paul McCartney… Live and Let Die… Proper Rockin. The kids should pay attention.

VP: The Five most annoying people in Britain are ;…

Kovak: These are Toby’s answers – the rest of the band can claim no responsibility for the workings of Mr East’s mind!

Generally I’m happy to let people get on with living their lives.

Kirstie Allsop. What a twat.

Politicians who think they’re in touch with reality when they’re blatantly living in a bubble of condescending denial.

The BBC. Smoke and mirrors.

“I Love The Dancefloor” By Kovak

0 thoughts on ““Attack Of The Vak” ..Kovak Interview”