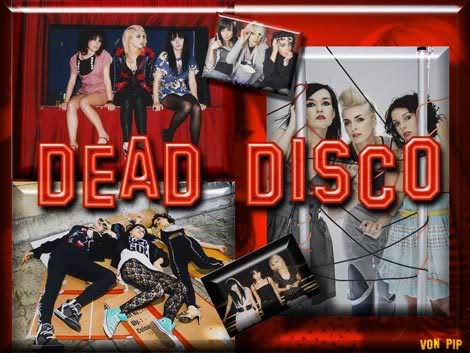 Art students eh, can you trust ’em to do their studies or do they just muck about eating lentils whilst daubing skulls and crossbones on Rubik’s cubes and super gluing them together to represent “The Futility Of Toil And The Certainty Of Death.?” Or maybe they pass their days putting lambs heads on the desks of a mocked up stock market office naming it something rather arsey like “Glutton Dressed As Lamb” and declare it to be some sort of postmodernist ironic statement about the erm….lets see…. “The Corporatisation Of The Soul”.. I prefer Cludeo myself, Colonel Mustard, candlestick, library, straightforward fun, nobody gets confused, nobody gets hurt- but there you go. Some students, who don’t spend all day bunking off lectures to secretly watch Jeremy Kyle and Jerry Springer, actually use their time at Uni to do something creative, like…. form a band. Don’t let Blur put you off, some art school bands are actually very good. They don’t all become bowl headed, florid faced impresarios who produce rock operas based on “Monkey” or angular floppy haired cheese makers with airs and graces who fop about on Question Time and Radio 4. A point in case of an art school musical union turning out rather well is Leeds band Dead Disco. They produce snappy electro punk pop, which we love, in fact we love it so much we risked an interview with them. We found them to be pleasant, down to earth young ladies who didn’t appear to display any inclination to cleave us in half with a chainsaw and then suspend us in glass tanks full of formaldehyde for arts sake, which was obviously a relief… They are a great, great band, very talented, and certainly deserve HUGE success (even if they don’t find tribute bands inherently evil ;) )

VP: You met at school and then developed the idea to play music at Art College? What was it that prompted you to form the band and who came up with the name and why?

DD: Lucy and myself (Marie) were at school together in the Yorkshire Dales and we were both heavily influenced by music since we were small so it was more about when we would start a band rather than why or how. But it was when we were in Art School that Dead Disco started to take off. We auditioned for a singer and drummer as before it was just the two of us and the rest is history. As for the name, we needed one sharpish if we wanted to start gigging and sending out demo’s, so we literally picked words out of a hat and Dead Disco were just a couple that were there… best of a very bad bunch.

VP: You’ve released a couple of highly rated singles, and recently have been reportedly recording your debut album in L.A. How’s that been going and do you have a release date and album title as yet?

DD: We recorded ‘You’re Out’ in LA and we did go out again to record some other tracks but I think we’ll be doing the album over here, there isn’t a release date yet but we’re pretty much brimming with songs so it shouldn’t be too far away.

VP: What sort of music/artists would you say has had the biggest influence on you?

DD: It has to be Fleetwood Mac; Lindsey Buckingham is Lucy’s idol. They are such an amazing band both on record and live, and they have lasted such a long time there isn’t much you couldn’t look up to.

DD: More new songs and gigs is the first step, and we’re really excited about sharing these. We think the best way to tell if a song is worth while or not is to see how it goes down live.

VP: As you all seem to have an innate sense of contemporary chic , and like myself appear to carry off a certain flamboyant panache with ease ;) did you sit down and think, as a band , “we want to have a certain image,” is the way you present yourselves as Dead Disco a pretty accurate reflection of how you are normally ?

DD: We didn’t plan the image, both me and Lucy are very into fashion (being art students) and we actually run our own online store where we sell and make clothing and accessories (www.artdisco.co.uk). It’s just part of what we like to do so giving us an event or an excuse to do this just brings it out in us.

DD: One fan did ask for a lock of Lucy’s hair once, unfortunately we had to pass on that offer… could’ve been voodoo or anything!

VP: What other bands do you think may make a breakthrough this year and are their any forthcoming releases you’re really looking forward to?

DD: We’re very glad that the Futureheads are finally coming back, we were big fans and its great to see that they are touring again and bringing out a new record.

VP: Tribute bands? Should they be legalised?

DD: We don’t mind a good tribute band, although we did see a pretty scary AC/DC once that actually put us off AC/DC for life. The fake Angus Young decided to get naked and run into the audience. No in all seriousness it’s just a bit of fun really, we love those shows like Stars in their Eyes and that new one The One and Only… it’s pure entertainment genius! Artists should find it flattering to have someone want to spend their lives mimicking them. (Or deeply disturbing?-VP ;))

VP: I had a terribly dull New Years Eve, I was ill and to make matters worse Nick F***ing Knowles was presenting the New Year show on BBC 1, which was incredibly dispiriting. How about you? How did you spend it?

DD: We had a very good one thanks, we got drunk on mulled wine, ate goulash and roasted chestnuts, then at midnight we all had whiskey, haggis, tatties and neaps just like you should!

VP: What things generally in life are likely to irritate you and lead to a tirade of swear words and much wringing of hands? (For example Graham Norton, bad manners, herds of unruly sheep, or children called Nike and Chelsea Lou Loubelle)

DD: We always try to think of what we’d put into Room 101 like this, problem is we have quite a few, one is Baby on Board signs, especially ‘Hot Chick on Board’ or ‘Little Devil on Board’… you get the picture.

VP: It’s been said that 2008 will be a bit of a miserable year, we can apparently expect to see a lot of Gordon Brown’s cheerless face, hewn from lumpy dough and porridge, dourly announcing the latest on the credit crunch, rising fuel bills and interest rates. Whilst terrifyingly, 2008 will also herald the return of Boyzone. What tips do you have to lift the gloom?

DD: Get yourself a new look with the help of our clothing and accessories website (www.artdisco.co.uk)... hint hint… how rude! ;)

“You’re Out” by Dead Disco

“The Making Of Your Out Video”