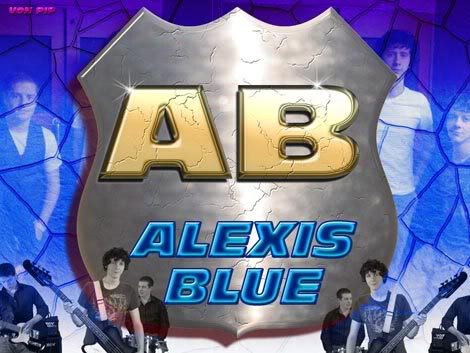 Local bands eh? Sometimes you can be badly scarred by the local music scene, especially on Merseyside where you’re often confronted with dire Beatles tribute bands, or horrible Merseybeat karaoke discos. This is where drunken old fools threaten to glass you for not wistfully  singing-a-long, with tear stained cheeks, to “Ferry Across the Mersey”, or amusingly tell you “You’ll Never Walk Again” unless you join in with the communal singing of that song. I can remember a particularly traumatic experience whereby the tribute band in question featured five burly, square faced German bricklayers called “Das Beetles.”. Fine strapping chaps indeed, the epitome of all things Teutonic, each to a man, sporting an absurd blonde Beatles mop top. I couldn’t quite decide if they reminded me of the creepy kids from “The Village of the Damned,” “Birdland” with an anabolic steroid addiction, or maybe a student jape that involved putting blonde wigs atop those lantern-jawed Easter Island statues. It didn’t get much better when the lead singers Hans Von McCartney and Albrecht Lennon bellowed out “Ze Long and Ze Vinding Road” and “I am not caring for ze money as ze money is not buying me ze love” When for a finale they pulled all the stops out for “Komm gib mir deine Hand” I could stand it no more. I sought refuge in another pub, but alas this was no safe house, as to my horror the musical crimes continued apace, on this occasion in the shape of a corpulent Pete Wylie “tribute” singer, “The Mighty Lah” who proudly boasted he had appeared in “Stars In Their Eyes.” He finished his set with a lamentable version of “Heart as Big as Liverpool.” I always thought in Pete’s case “Head as Big as Birkenhead” would have been a much more appropriate song. (Sorry Pete! ;) ) Unlike “Julian” I couldn’t “Cope” and I staggered from the pub ears bleeding, harrowed to the very core of my being…

As you can surely appreciate, this put me off seeking out local bands for quite some time. So dispirited was I with the local scene, that I didn’t even bother seeing my mate Nigel’s band in their infancy. I had feared his now much revered Half Man Half Biscuit may have been a surreptitious Beatles tribute group, and that he’d be blasting out the fab fours back catalogue, camouflaged behind a wacky name and a punk DIY sensibility. Thankfully I was wrong, as songs such as the provisionally titled “The Eternal Cremation of Hattie Jacques” proved. (Manager: We can’t record THAT!! What if Eric Sykes hears it, he’ll sue. Nigel: “Don’t worry it’s unlikely Eric will hear anything, he’s as deaf as a post”) Along with John Peel they have probably been the best thing to come out of the Wirral since…well me …..But this view could well be challenged in the near future as there are a clutch of great young bands from the area, getting attention and creating a bit of a stir. Leading the pack are Alexis Blue from the little known area of Wallasey, the posh cousin of Birkenhead, a magical land, where the streets are paved with mould, and people are so relaxed they still wear their PJ’s on their way to purchase breakfast from the local “Bargain Booze” or to score from their friendly neighbourhood dealer-allegedly! (Isn’t stereotyping fun!)

Now the name “Alexis Blue” may sound like somebody from an Aaron Spelling soap whose gone a bit p*rn, or a big flash American car, or even a hypothermic Joan Collins, but the truth is it’s much ruder (but like the big flash car is a substitute!) Musically these lads really do have some great tunes and they have been winning hearts, minds and indeed ears whilst supporting local bands like The Wombats and Rebecca, as well as Millburn and The Kooks. Appearances in some of Liverpool’s premier venues such as The Academy and the Korova, have added to the buzz surrounding them and surely it’ll only be a matter of time before the name Alexis Blue is known beyond the confines of Merseyside.

VP: How did you meet and where did the band name come from?

VP: Do you all share similar musical taste or do you have arguments that often involve fist fights, hospitalisation and even on the odd occasion murder?

Andeh – Pretty similar musical taste, but there are the odd bands that one of us likes and one of us hates etc… I’m a Bright Eyes fan but Paul and Mark hate them, haha.

Chris – We all have a few bands that others are not so keen on but we get along fine. We seem to combine the influences so we are playing what we want to play, both as a band and as individuals. There are slight mock fights but unfortunately nothing major has happened to mention.

VP: What have been your highlights, as a band so far?

Andeh – Mine was probably either being asked by The Wombats to support them on their album launch fancy dress boat party, or the mini tour we’ve just completed.

Chris – Headlining Club NME in Middlesbrough and having the music video to our debut single shown on MTV2 and Liverpool city centre big screen.

VP: What have you released and where can people buy your tunes?

Andeh – We’ve only released one ‘proper’ single, titled ‘You Won’t Get Much Sleep’ which you can buy from iTunes or find a copy of the vinyl on ebay or something.. Or you can just download all our demos for free on MySpace!

VP: Do The Beatles get on your T*ts ? I mean haven’t they influenced the Merseyside music scene for way too long now, when they’ve actually spent the bulk of their life away from the area, isn’t it time to move on, embrace some new music.

Andeh – In a way.. I do feel that loads of Scousers tend to cling onto them too much and don’t realise how much good new music is coming out of the area, but they definitely shouldn’t be forgotten – they’re easily one of the best bands ever (and I’m not even a massive fan).

Andeh – Gigs gigs and more gigs. We want to get to as many cities as we can, maybe hit a foreign country or two. No releases planned but if anyone fancies funding a single and taking all the profits, they’re more than welcome to.

Chris – I personally don’t, sure he is a funny in a weird looking bloke with crazy hair way. But then again so is Andeh!

VP: A scenario, You are offered a high profile music slot live on prime time TV, alas it clashes with the match, which you’d rather attend so a compromise is reached the TV company offers to fly you back to the football match via helicopter. Would you accept the offer or like Halfman Halfbiscuit would you turn it down cos “you’d feel daft flying in and all your mates would take the Piss”

Andeh – Accept it, but not tell my mates haha. Nah it’d be a laugh, we’re used to rushing round like mentalists so it’d be a nice adventure

VP: This Internet, social networking is a laugh but there are some proper nutters out there too, ‘I’ve come across a couple , have you met any (in a virtual sense)

Chris – We have come across a few, mentioning no names one or two have become quite important and close to the band ha-ha

VP: Who are the five most useless people in Pop?

Andeh – WHAT! Lily Allen is ace; she’s more talented than you anyway. I’d have to say Kate Nash…

VP: What! Kate Nash is ace ! ;) that’s three we need two more erm….Mika’s one no question.