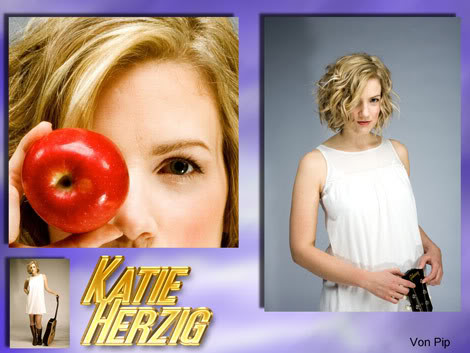 Billy Bragg’s guitar apparently said“sorry,” Woody Guthrie had “this machine says kills fascists” emblazoned on the side of his guitar whilst Nigel Blackwell of Half Man Half Biscuit had a another slightly more domestic for his guitar which had “this machine kills wasps” scrawled across it. Meanwhile George Harrison claimed his guitar “gently wept,” Paul Anka’s idea of a romantic date was simply “A Steel Guitar and a Glass of Wine,” whilst over-s*xed, under sized love-god, P*ince took it a step further and seemed to allude to the fact he would actually be quite happy making love to his guitar!! One very talented young singer songwriter calls her guitar“The Caterpillar” (Lucy and The Caterpillar) and Slash from Guns N Roses is rumoured to have officially baptised his favourite guitar “Clive” in a bizarre ceremony in Vegas earlier this year. Aye, a strange lot are musicians! Attributing a personality to their guitars, scrawling slogans across them, or giving them pet-names and the like is fairly normal in their world; however in the real world such behaviour could well cause some eyebrows to be raised. Imagine if other occupations employed nicknames or attributed personalities to their tools of the trade, I mean would you hire a plumber who introduced you to “Darren” his favourite monkey wrench? Or the carpenter who found his “Wet & Dry Bench Grinder” a source of erotisism? Would the office worker who paints “This machine punches holes” with liquid paper on his paper (hole) punch be considered cool, or maybe just a little bit sad?

The truth is no matter how talented you are at “stapling” if you pick up a stapler, its still a stapler, it staples… that’s it! Yet in the right hands a guitar becomes transformed from an inanimate object to an instrument that can move the stoniest of hearts and can magically transport the listener to another world. American singer songwriter Katie Herzig is one such example, armed with a guitar and a stunning voice, she has won plaudits around the world and even picked up a Grammy nomination on the way. Her music is playful yet reflective, possibly somewhere between Shawn Colvin, Liz Phair, Laura Marling and Michelle Branch. She has recently released an album “Apple Tree” which can be downloaded for whatever you feel like paying, or for free if you email a few friends, from http://www.katieherzig.com/ whilst her music has been featured on hit TV shows “Smallville,” “Greys Anatomy” and “One Tree Hill”….. We caught up with Katie and asked her about free music, Willie Nelson’s tour bus ( Oh the fumes, the fumes! ) and on-line nudity!!!

VP: For those who are quite new to your music in the UK , how did you start out playing and performing?

KATIE: I participated in choir, band, orchestra and music theater in the public schools growing up. I played drums and percussion, made up songs on piano and sang. By the time I graduated from high school, i had a guitar i didn’t know how to play an went off to college. It was there that I really started to play guitar and write songs. Sophomore year I started a band with some friends and we fumbled our way into doing it professionally over the course of 8 years– band called Newcomers Home..

VP: You’ve spoken in the past that when your first band Newcomers Home decided to call it a day you felt a sense of relief, was it a case of it not being fun anymore?

KATIE : I was very surprised to feel relief because for so many years I worked so hard to keep the band together, as we all did. It was the first and quite a successful foundation we built. But I have since come to think the relief came because when something is no longer meant to be, there is tension in trying to make it last. So that tension came out in the tangible things like talking about money, scheduling tours, just how much to invest and give up and plan for in the future. Being in a band is such a commitment to the people you’re in the band with, when you’re not all on the same page anymore, you have to do whatever you can to get on that page or end it. We ended it. Luckily for me I’d already dipped my toes into being a solo artist and knew I could do that.

VP:Your latest album “Apple Tree” is available in a Radiohead style, pay what like offer, what was the thinking behind that?

KATIE: Well, honestly, friends of mine started the company Noise Trade (dot com) and I was one of the artists they asked to be apart of the testing phase. The idea is a follow up to my friend Derek Webb giving away his album a couple years ago and expanding his fan base completely. Because with the Free option, people are asked to recommend it to a few friends. My hope and experience is that the record becomes a bit more viral. At this point in my career, giving this record away for awhile … I have nothing to lose. It’s more of an investment in my long-term career. You hope that by giving something away (that isn’t junk) that you’ll get back. And I have completely! So many new people have found me by way of this.

VP: I don’t really like genres and labels, but alas without them the music press as we know it would surely collapse….sooooo….your music has been described variously as Pop, Indie, Alt.country, folk, bluegrass, but how would you describe it and who are your influences

KATIE: It’s a difficult question. I come from an acoustic, folky singer/songwriter background. But my songs have always had some sort of edge/darkness/quirk to them that pushes them around a bit, not knowing quite where that makes me. I’m lately pushed more into categories of pop, but I don’t even really know what that means. My influences have changed over the years. Artists i love… Shawn Colvin, Andrew Bird, Enya, Radiohead, Fiona Apple…. but honestly it’s songs and production I latch onto, so that has me attached to fewer songs from a wide variety of artists, which makes me vaguely familiar with artists stuff and not so much their whole catalogue.

KATIE: I finished and put out Apple Tree on my own in May. I’ve toured off and on, about to tour lots more…. apart of the Ten out of Tenn tour, Hotel Cafe Tour…. and a bunch of opener stuff. I also have gotten more into writing and recording more specifically for some film and TV stuff. I also bought a house so i like to spend bits of time making it more homey.

VP: The “Ten out of Tenn tour??” Was there really ten artists all crammed together on Willie Nelsons old tour bus? ( hope he didnt leave anything behind ;))

KATIE: There really was. Most people I’ve ever toured with. Unfortunately Willie’s old bus has a problem spewing oil out the back of it but we made it! It was so much fun. The artists involved are some of my very favorite people in town. Anytime you bring that many talented people together magical things happen, and that’s what did.

VP: What’s all this about “nude email pictures” being sent to you ??

KATIE: Spam, spam, spam. I wrote a frustrated blog about it recently, so I assume that’s what you’re referring to. There was a couple weeks there that i was getting several emails a day with naked photos of Paris Hilton. It has nothing to do with who i am, just the fact i have an email address…

VP:  What was the last CD you bought

KATIE: Actually it was a Talking Heads live cd and a Tom Waits CD. We were on tour and at an indie record store in Atlanta and I happened upon those in the used bin, thinking, I should know these. Like many, I’ve turned to itunes in recent years, so it was nice to a real record store and purchase real albums by really classic quirky artists.

VP: Do you have any gulity pleasures you could share with us ?