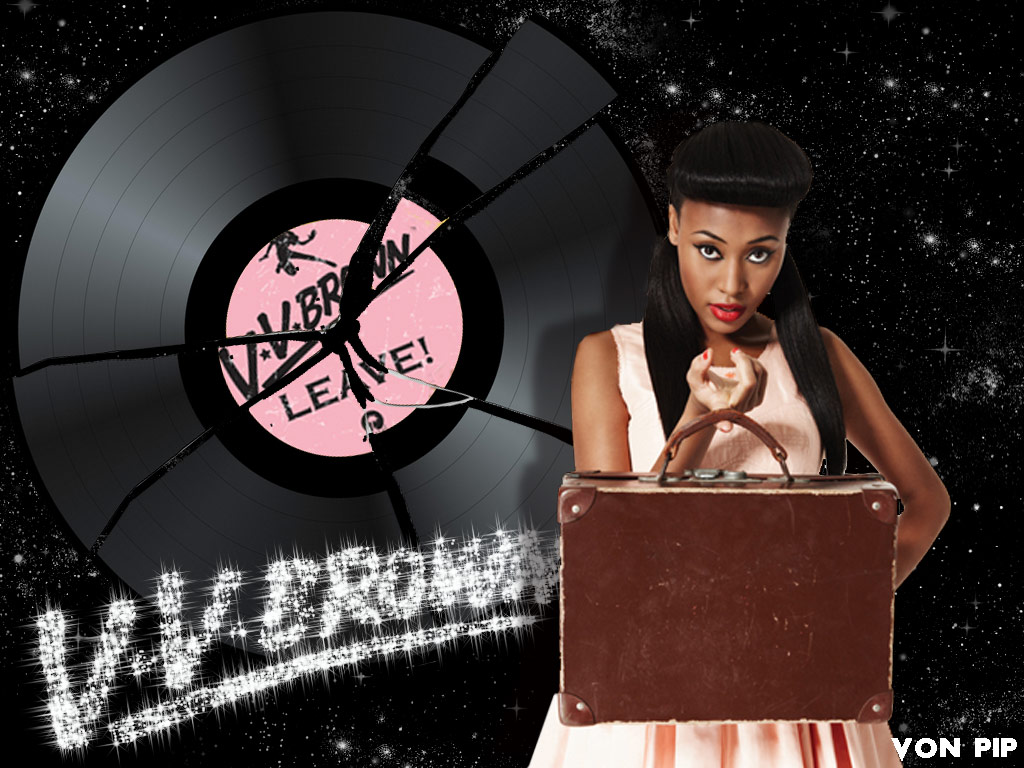 “This Charming Man” By VV Bown

If the critics are right then Northampton born, London based artist, VV Brown, could soon replace James Allan (Glasvegas) or Morrissey as having the most recognisable quiff in pop. She was named in the BBC’s Sound of 2009 list, alongside acts such as Little Boots, La Roux and Lady GaGa, as one to watch in 2009 and has featured in practically all  the other “Tips  for 09” lists. It is to her credit that through self belief and determination she  turned her fortunes around, as her musical career got off to a less than auspicious start. After being signed to Polydor she was dispatched to the USA to work with top producers, alas the resulting unions didn’t  exactly prove to be  matches made in heaven.  On the whole VV  felt she was being asked to produce music that wasn’t representative of her, indeed Morrissey’s words “It says nothing to me about my life” seemed to fittingly sum up VV’s musical experience there.

And so she returned to England, skint and demoralised, to reassess her future, having to deal with the additional “emotional hell” of a failed relationship. Once back in London, all Brown could afford was an acoustic guitar, which she struggled to master, having been brought up on primarily on the piano. Removing all the strings bar one proved to be her “Eureka” moment in terms of discovering the type of music she wanted to produce and she proceeded to write the bulk of her album” Traveling Like The Light” using this rather unconventional method. “It forces you to concentrate on the melody, so you naturally go to swing and rock’n’roll.” One thing VV was determined to establish was to have complete artistic control over her work and not be turned into a scantily clad, booty shaking big label puppet.  “Some artists say they’ve produced a record and it’s just  bullshit, but this is my baby. I’ve played bass, drums and the synth parts, even the trumpet. Anything else, I’ve told musicians what to play. I want people to know I’m not just this young girl who’s been signed and given a load of songs or been sat in a studio. This is my blood and my tears.”

Her first release was a limited non-chart eligible single called “Crying Blood” which incidentally will also be the title song for upcoming movie “The Lesbian Vampire Killers” from the Gavin and Stacey team of James Corden and Matthew Horne.  Brown who describes her style as “Indie doo-wop” says she’s influenced by the likes of Ella Fitzgerald, The B52, Pulp, Elvis Presley, Imogen Heap, and erm… Nintendo. In October 2008 she was invited by Damon Albarn to attend the Africa Express trip, during which she performed with artists such as Babyshambles, The Magic Numbers, and “Flea” from the Red Hot Chilli Peppers, Bashy, and Kano in Lagos, Nigeria.

VV releases her eagerly awaited debut single, proper, “Leave!” on March 2nd through Island Records and explains  “Leave is about being intoxicated and confused by being in love and the conflict between listening to your heart and your mind.” We had a chat prior to her embarking on a major tour along side The Ting Tings and Ladyhawke.

VP: Your debut album “Traveling like the Light” is due for release this year, was written entirely on a one string guitar, upon returning from America after both your career and relationship took a wrong turn. Was writing the album a form of therapy?

VVB: Yes, writing “Travelling Like The Light” was definitely a cathartic process. I never knew a one string dilapidated guitar would take me this far.

VP:  You’ve previously said that when in America there was an attempt to turn you into a “booty shaking” R n B Diva. Did you feel pressurized to conform to this stereotype and was it  difficult to speak out at the time?

VVB: I was young and impressionable. I didn’t speak out. I trusted the instincts of others around me rather than my own.

VP:  Do you think these experiences shaped your desire to take control of your career and write and produce your own album?

VVB: Absolutely. I never wanted to compromise so much again. It’s you who has to represent that sound, if its not you then you’ll forever be supporting something you don’t truly believe in. I wanted to make music that whether it was a success or a failure it was something that meant something to me. Art is like internal Buddhism, if it means truth to you then you’ve found  inner peace and success in yourself. It took me a while to realise that and not be validated by the success that is socialised around you.

VP:  You’ve described your music as “Do-Wop Indie”, reflecting your own musical tastes, which bands and artists have had the biggest influence on you?

VVB: There are so many I can’t even begin to start. The Specials, Kim Burrell, Ruth Brown, Nintendo…my parents were huge fans of old school ska and reggae so that was what I was brought up on alongside Gospel and Jazz. I took  classical piano lessons so I became fond of that which led me to my love for film music and instrumentals. During my teens I started to love electric pop and music from computer games.

VP: I assume 2008 has been taken up in the main part, working on your album. Did you get much time to catch much new music and if so what stood out for you?

VVB: I got extremely interested in African music after my trip to Africa. It took a while for my ears to warm too as it is very different from what my ears are use too but after a while it  became so deep and hypnotic to me.  A beautiful complex simplicity. A freedom.

VP:  What have been your own personal highlights of 2008?

VVB: Obama.
Falling in love with someone I hardly know just from a wonderful kiss.
Performing on Jools Holland

VP:  On to your image, how long does it take to sculpt your mightily impressive quiff?

VVB: 2 min and a few secs. Being on tour makes you do some crazy things, quickly.

VP: What have been the biggest shows you’ve played so far?

VVB: Forum, Astoria, Scala. Forum is my fave so far. It’s beautiful when you look up. Something about old English architecture

VP:  As a music fan yourself which medium would you say  you use the most to discover new music, the radio , the net, MTV type TV channels  or traditional music magazines ?

VVB: The internet. It’s how I find out about everything. I’m always googling, finding out about interesting things, music to animal habitats, online documentaries and even to watching old  cartoons like Bevis and Buthead and Mighty Mouse.

VVB:
1. Happiness
2. Consistency/credibility in my career
3. Octa-Herdra (musical instrument)
4. No war
5. Better conditions and opportunities for children who live in social care.