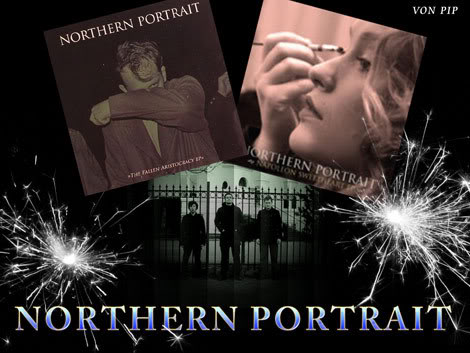 When you think of Denmark what would immediately spring to mind? Vikings? Hamlet? Hans Christian Anderson, perhaps? Peter Schmeichel ? Helena Christenson? Maybe Scooby Doo? Feeling hungry? Well how about some bacon and pickled herring, or some blinis, followed by “quail in coffins” and a nice tray of Danish pastries all washed down with a flagon of Carlsberg Lager. After a feast to rival Babette’s , it’s time for some entertainment, in musical terms Denmark to its eternal credit has produced the Raveonettes, surely one of the finest bands ever to emerge from Scandinavia. There is however a flip side, and for those who wouldn’t recognise a good tune if it beat you over he head with a shovel, fear not Denmark has catered for you too, in the form of Alphabeat and Aqua. Two bands who will surely one day stand trial in Nuremberg charged with crimes against music.  But what of the place itself? Well, Denmark was recently found to be “the happiest place in the world” (I can’t help but think that this could be possibly due to the fact that Aqua’s infuriating hit “Barbie Girl” drove the Danes completely ga-ga some years ago) It also ranks as the second most peaceful country in the world, after Iceland (with added bonus of no Bjork)and the nations capital Copenhagen, was ranked the most “liveable city in the world.” Possibly not, you may think, the sort of fertile breeding ground for soulful Morrissey fans to gather and try and make sense of the world through the medium of music…Or is it?

Well one such band is Northern Portrait, a group who create songs full of spine tingling heartache and desolate beauty such as “ The Operation Worked But The Patient Died” “I Give You Two Seconds to Entertain Me,” and “ A Quiet Night In Copenhagen.” One listen to these chaps should convince you that misery hasn’t sounded this good since The Smiths held sway.. Many bands have been influenced by Morrissey and Marr, some have self consciously tried to replicate them, there have been many pretenders to the throne but Northern Portrait have issued a bold statement of intent with their wonderful debut EP “The Fallen Aristocracy” which bears all the hallmarks of a band destined for great things. Judging by the reaction on various music forums (or fora) the often notoriously hard to please fans of Morrissey and The Smiths appear to have given Northern Portrait their wholehearted seal of approval and the band have still yet  to make their live debut ! We took a “reel around the fountain” with the band’s singer and songwriter Stefan Larsen to find out more…

VP: How did Northern Portrait come together?

STEFAN: The band was formed when the three of us decided to record ‘Crazy’ the lead track from our first output called ‘The Fallen Aristocracy EP’. Michael (who’s the drummer) and I have played in bands together since we were children and Rune is a close friend, so for us to start a new band together, dedicated to record what we are calling sophisticated guitar pop, seemed quite natural.

VP:  It would be fair to say you’ve been influenced by Morrissey and The Smiths, what other music has left an impression on you on you?

STEFAN: Many things have left an impression over the years: Being the main songwriter I must say that the whole period of what is known as Britpop was jolly inspiring. My favourites are Pulp and the first couple of Suede records, but many other groups made absolutely splendid music back then. Since we joined Matinée Recordings and people started writing blog entries and comments about our music, I’ve discovered many groups that I didn’t know the existence of, like The Sundays, Trash Can Sinatras, etc. and the whole catalogue of Sarah Records, which I now see as the tastiest buffet from which I can pick (or steal, if you like) the ideas I find most suitable for our band. I’m really into the other Matinée bands as well and I think that is gonna be quite audible on our debut album. Also, as a singer, there are some of the great voices I need to mention, because I view many of them as great influences on the music I write; Frank Sinatra, Chris Isaak and Scott Walker are probably the most important.

VP:  One of my favourite bands, The Raveonettes are from Copenhagen, what’s the music scene like there, is it influenced by the UK scene in anyway or does the American scene hold sway with music fans ? (Or neither!)

STEFAN: Well, actually I must admit that I am joyfully unaware of most of what’s going on here in Denmark, because most of the notes I occasionally hear coming from the radio sound completely horrible to me. For some reason and with only a few exceptions the Danish equivalent to the BBC keeps cherishing the most awful music imaginable. There are of course glimpses of light through those dark clouds being spread by useless radio DJs; though you probably don’t know him, I really like Jens Unmack whom I have to mention. He sings in Danish. Apart from him, it’s been ages since I bought an album by a Danish artist. Therefore I cannot really say whether the music scene is more inspired by the British or the American – I simply don’t know. For good Scandinavian music you should take a listen to the bands from Gothenburg; our labelmates The Electric Pop Group, Shelflife group Days, and unsigned Tell Us About The Moon are astonishing.

VP: What have you released so far?

STEFAN: We’ve released two Eps ‘The Fallen Aristocracy EP’ and ‘Napoleon Sweetheart EP’, and are currently working on what is to become our debut album. Then we’ve made a contribution to a cover version project called Rewind, so if you count that as a release, we’ve also released a cover version of Cliff Richard’s ‘Some People’.

STEFAN: The reason why we chose to record the Cliff Richard track is that the contribution had to be an 80s song, and that we didn’t want to do anything by our own main sources of inspiration. ‘Some People’ seemed like a good choice for us because the song in it’s original form is so awfully dull with absolutely nothing happening musically except layers of keyboards, the lyrics are quite neutral and the melody line is really simple and very fine indeed, I think. And then, of course, it isn’t the most obvious choice of song which I think is good. Sometimes I think it’s nice to be surprised by the unexpected, and I hope people feel the same about our version of ‘Some People’.

“Some People” By Northern Portrait

VP:  Any plans to tour in the UK in any capacity yet?

STEFAN: We’ve had unbelievably big problems finding some extra musicians for live purposes. And we have therefore not yet been able to make any live commitments, which is really sad, because the few rehearsals we’ve had so far have been really promising, I believe. We would of course love to tour the whole world, and have received invitations to play many in different countries, some of them quite exotic and all of them very exciting. We just have to find the right people to do it with. We could of course include some pre-recorded tracks and play just the three of us, but we really want it to be all-live.

VP:  As mentioned you are huge fans of Morrissey, what is it about Mozza that still inspires such devotion and loyalty?

STEFAN: I think he’s maintained an incredibly high standard through the years. With only very few exceptions all his songs, The Smiths and solo, have something beautiful to offer. Also, his concerts are really an experience above the ordinary. Quite a good mixture, I suppose.

VP: What are your plans for the coming year?

STEFAN: Release more records, and start playing live (please). We also have plans to do some videos.

VP: What are the three greatest albums ever released? (And why? )

STEFAN:Impossible to reduce my greatest albums list to only three, but these three are some of my favourites; Different Class (by Pulp), Songs For Swinging Lovers (by Frank Sinatra) and Hatful of Hollow (by The Smiths)

VP:  What would you say has been Denmark’s biggest contribution to the world to date?

STEFAN:There’s a Danish soda called Tuborg Squash that I’m completely sure would become a worldwide success, beating Coca-Cola any day, if somebody would buy the export rights and start selling it all over the world, but since that is only a latent contribution to the world, I’ll go for something as abstract as Danish furniture design.

VP: Sum up your music in five words (English and Danish)