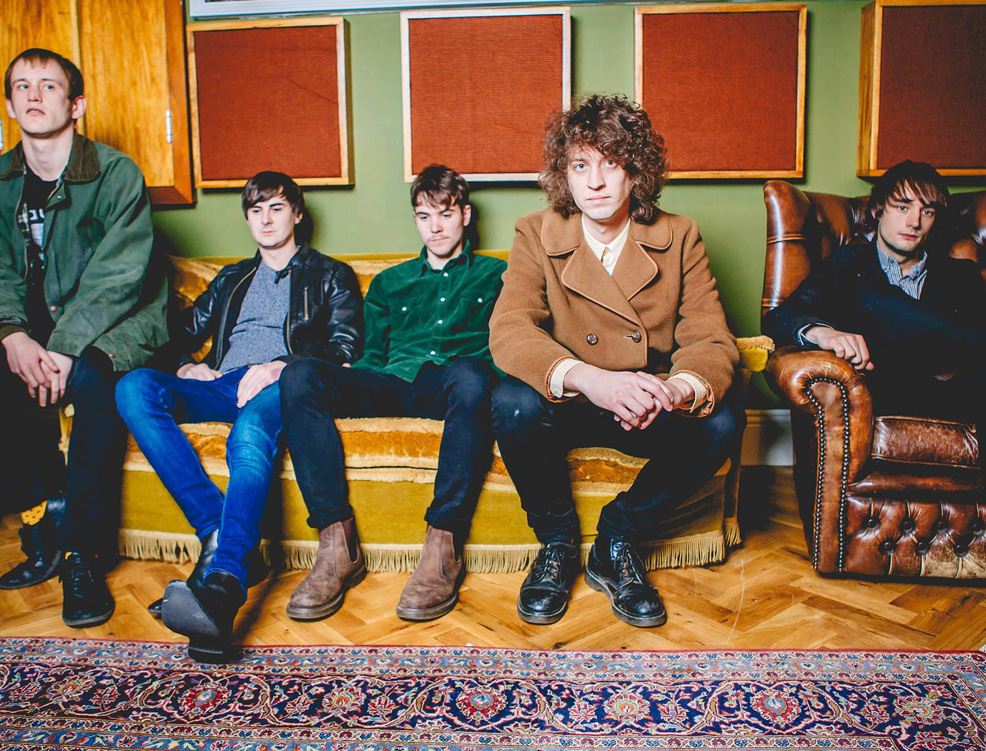 One of our tips for 2015, Leeds based five-piece Autobahn have released an astonishingly accomplished debut album in the shape of  Dissemble. It’s a body of work full of restless agitation, swirling menace, seething rage and crucially a bruised but hopeful sense of extravagant romanticism. Autobahn have a knack for producing portentous, dramatic music with the slightly Gothic edge. It’s powerful incendiary stuff , dramatic yes, but never bombastic or overly melodramatic.

Front-man Craig Johnsons’ strident, vitriolic vocal takes centre stage amidst a maelstrom of thundering percussive power and lacerating guitars and ensures that impending doom hasn’t sounded this vital and uplifting in quite some time. So are Autobahn really angry Yorkshire chaps who spend their days shrouded in darkness as their music can sometimes suggest? We spoke to front man Craig Johnson to see if he could shed more light on the band’s ethos and inspirations?

VP: The debut albums out, and it does sound full of menace, dissatisfaction and anger, but there’s also a sense of dark drama and doomed romanticism. You’ve actually said “Dissemble is a twisted romantic view of how Autobahn think: “don’t take life too seriously” which for some may seem at odds with the atmosphere your music conjures up …

CRAIG: I see why people would interpret the record like that, it’s a traditional way of thinking with this genre. But to me the meaning of the songs are more than gloom and doom, they portray a hopefulness in what is a generally pessimistic world.

VP: Leeds bands always seemed to be drawn to dark issues, is it the environment, something in the water that leads Yorkshire folk to contemplate the dark side?

CRAIG: I think the music feeds from the environment we make it in. A lot of Leeds bands rehearse in old warehouses, tight walls, dark, damp, it probably has something to do with it.

VP: The brilliant billboards advertising the album that popped up around Leeds, whose idea was that? 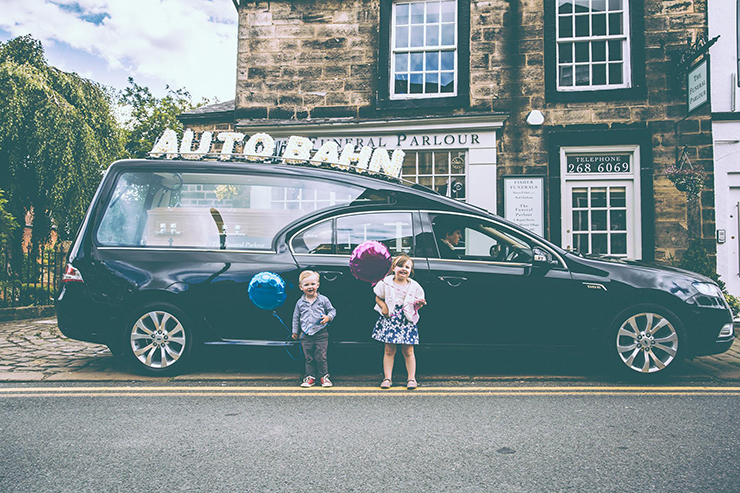 VP: Any trouble deciding on the track list for the album, there were a couple of gems from previous EP’s left off ….?

CRAIG: We wanted the album to be just new tracks. The track listing kind of sorted itself, it felt obvious which tracks led into each other. ‘Missing In Action’ was the first track we wrote and ‘Deprivation’ was actually the last.

VP: Probably should have been the opening question but sod convention – how did the band come into being? Was it easy to get gigs locally when you started out and how did you hook up with Tough Love Records

CRAIG: We were just making music and Nathan at Brudenell put us on, I think we just had one demo. We were friends with Eagulls and I’d been away with them on the Merchandise tour they did. So they managed to get us on the Leeds show. Luckily Stephen from Tough Love saw the poster and the rest is history. We’ve really got a lot to owe that man.

VP: You mentioned how you appreciate the support the indie labels gave to you, in the days of digital, streaming etc , is it still important for bands to have a physical album in their hands, kind of tangible evidence of a body of work, rather than mp3’s floating in a digital cloud ?

CRAIG: Yeah completely, with Apple music coming in we worry if physical sales will decrease. The artwork is so important, the packaging, everything. To have a physical copy of your body of work really puts closure on what you’ve created.

VP: What sort of music has influenced the band? We’ve all seen the Bauhaus T-shirt, are you drawn to particular eras?

CRAIG: We draw from all sorts, Britpop to Beethoven, MIA to Motown. I think the Sex Pistols were important at some point, as well as the usuals; JAMC, VU.

CRAIG: Lots of shows, UK tour and then over to mainland Europe early next year. We just want to get the record out to as many people as possible.