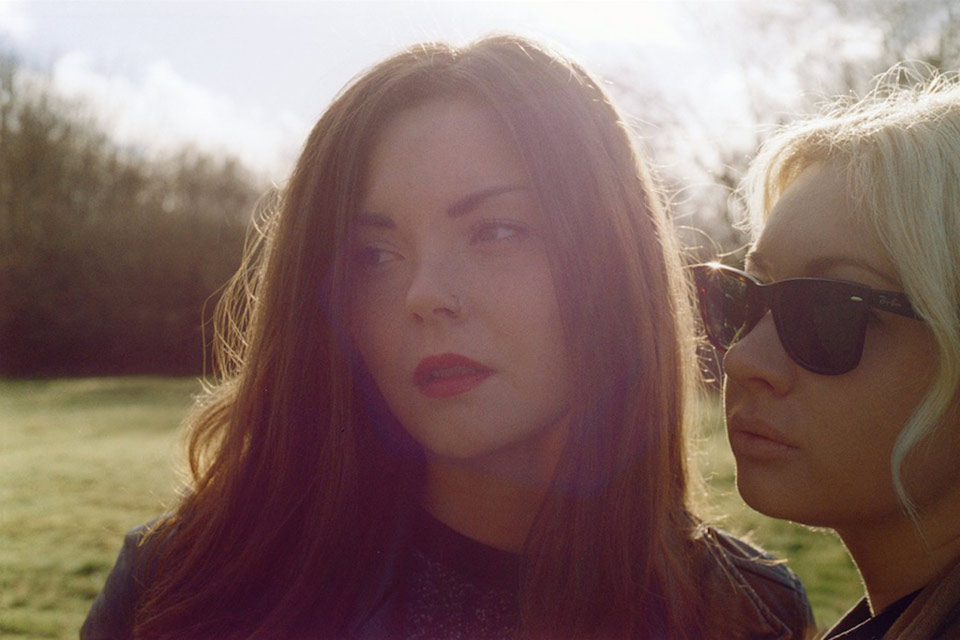 Glasgow-based two-piece Honeyblood consisting of Shona McVicar on drums and Stina Marie Claire Tweeddale on lead vocals and guitar were amongst our top ten bands to look out for throughout 2014.  During the course of the last few months the duo have been busy recording and touring in the USA, winning hearts minds and ears with their wonderful, noisy melodic grunge flecked tunes loaded with snarling razor sharp lyrics.  Influenced by the likes of The Breeders, PJ Harvey and Throwing Muses, the band describe their sound as ‘crunchpop’ and their burgeoning reputation looks set to be further cemented when their self titled album produced by Peter Katis (the National, Interpol, We Were Promised Jetpacks) is released on 14th July 2014 on FatCat records

We caught up with Stina upon her return from SXSW and discussed misinterpreting songs, sexism, recording the debut album and also had our theory about where the band’s name came from well and truly blown out of the water.

VP: Hello… so you’ve recently returned from the States after playing SXSW – I hear from a bands perspective it’s can be quite a grueling experience lot’s of gigs with little time to sound -check etc due to the turnaround times ?  How was it for you, enjoyable, knackering?

STINA : Well, we had already been touring for 3 weeks in the US before we even got to Austin.  We met a lot of our friends all fresh-faced and for us it was the finale!  In total, we played four gigs in one day.  I’ll admit, it was tough going, but a great experience.  We’re a two-piece, it doesn’t take long for us to set up and play, so I feel that the SXSW turnaround wasn’t as big of an issue for us as it might have been other bands.  Overall, the shows were great!  We were overwhelmed by the support we received and the crowds were busy at every show, which was really cool.

VP:  You were also over in the US of A last year to record your début album with Peter Katis.  Did you have an idea of exactly how you wanted the songs to sound on record, capturing for example the power of your live performance?  Did Peter have any different ideas which maybe you hadn’t considered?

STINA : To be truthful, we were a little star struck when we first got there.  Walking about his house, knowing who had already recorded there was a little nerve-wracking.  Peter really understood what it was that we were going for.  We wanted the songs to be the best they could.  I think we hit a great middle ground between a live and polished sound.  We recorded most of the  drums and guitar together as we would normally play them and then overdubbed to flesh out.  I do love recording because it gives the opportunity to do what we normally can’t do live all by ourselves.

VP: What can we expect from the album, how long had you been writing it, and are there any main themes running though it   ?

STINA : The album is a collection of Honeyblood songs that we have been playing live for the duration of the band, plus a few ones that we haven’t played in our set yet.  Most of the songs are personal stories about myself or my friends.  I guess with the album, the main theme is truth.  Their true stories.  The only song that is fictional is ‘Choker’…

VP: yeah talking about ‘Choker’ I found it a little odd that a lot of people missed the fact that the song was based on Angela Carter’s ‘The Bloody Chamber’  some even suggesting it was a diatribe against an ex who was a bit of dickhead.  Does it ever bug you that songs can get misinterpreted for whatever reason?

STINA : Well, not really.  I think people will relate songs to whatever they feel is going on in their own lives.  I do it, everyone does!  I’m waiting to hear what response the song ‘Killer Bangs’ will receive.  That song I wrote for Shona, but I’m sure it will be interpreted as a ‘relationship gone bad’ or whatever…

VP:  With just the two of you making such an expansive noise, I’ve never really considered the fact that there’s no bassist, probably because the quality of your songs has always been the primary focus.  Have you ever felt any pressure to add a bassist?

STINA : Yes, all the time.  We started Honeyblood with the intention of getting a bass player.  ( I actually wrote bass parts to most of the songs)  But, as time went on, we were getting used to not having one, it didn’t become a priority.  One day, if we find the right person, we’ll get a bassist.

VP: So how did the band name come about ? My theory is the name was inspired by Erica Jong’s poem ‘ Blood & Honey?’

STINA :  Oh, no you’re wrong there.  Honeyblood came up from a few things.  Mostly, when I was performing in my old band on Halloween, I made my own blood out of honey, corn flour, red food colouring and water, popped it in a water bottle, and spat it on the audience.  That’s where the idea came from.  I’m not such a show-off now.  Other influences of the name include the song ‘Gutless’ by Hole.

VP: You’ve spoken out about woman’s rights/equality in the past, have you experienced sexism as musicians yourselves?  If so, how do you deal with it?

STINA :  You know, I would love to say we haven’t, but of course, we have.  Even on our US tour.  We had a female sound engineer/tour manager and there were some places we went where people were a bit jaded.  Someone actually went up to our sound engineer while we were playing and said ‘ They aren’t too bad for two girls… they can actually play’.  Well, duuuhhh!  That’s why we are on tour!

VP:  There are some fantastic female artists on the current scene, PINS, September Girls, EMA to name but a few –  Brody Dalle is back as is Kate Bush.  Which female artists past and present do you love?

STINA :  Well PINS are our special faves.  I am both a massive fan of Brody and Kate Bush.  I mean, as a teen I was really into Bikini Kill, Bratmobile…  I love PJ Harvey and The Breeders, they will always be my biggest influences.  We just supported Angel Olsen in London.  She was amazing.  And we’re going on tour with Courtney Barnett in May, who is also a very talented lady.

VP:   What plans have you for the rest of the year?

STINA :  English tour in May with Courtney Barnett + some other festival  shows including The Great Escape, Live at Leeds, Stag and Dagger.  Then our album will be coming out 14/07/14.  Other than that, more touring!

VP:  Let’s have a five-word band motto that sums up Honeyblood’s ethos. 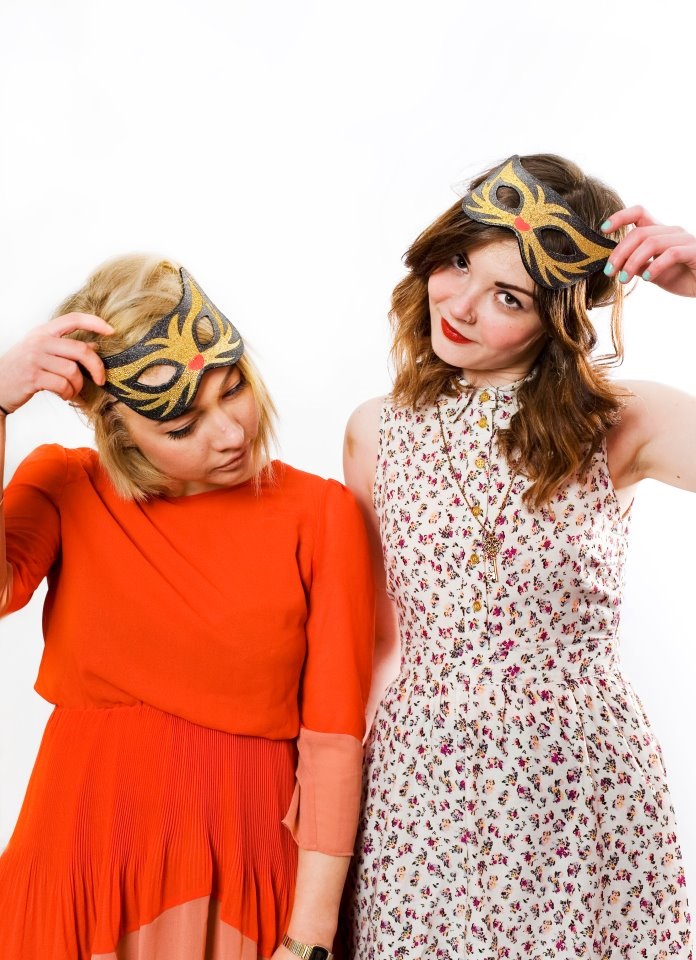