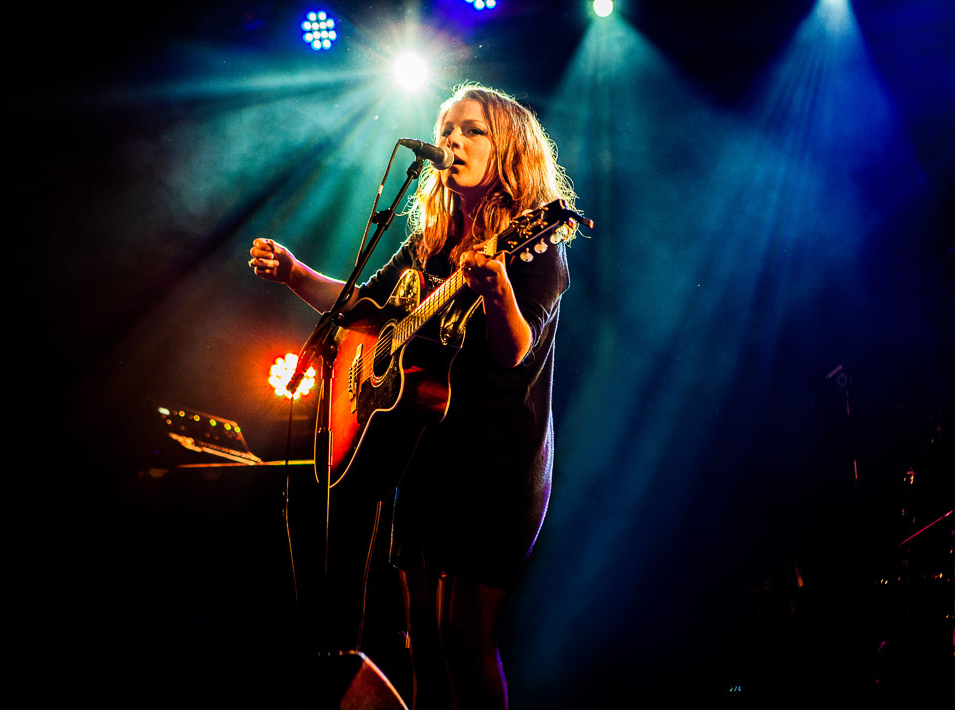 The great thing about festivals is those magical occasions when you randomly discover a new artist who you’d not intentionally set out to see, and you’re then promptly blown away by said artist.  In fact, it’s always prudent to leave some space in your schedule for such eventualities and allow serendipity to briefly act as your musical sat nav.

This happened to us recently at the Dot-to-Dot Festival in Manchester when we caught the wonderful Norma Jean Martine.  Within minutes of stumbling across her set, she had us in her thrall.  Her voice has a timeless quality, a soulful blues tinged fountain of emotion with the power to effortlessly communicate  feelings directly to the listener.  So powerfully in fact that we actually witnessed people moved to tears.  Not us of course, ahem! that will have been the smoke machine….!   Her last single ‘ No Gold’ manages to meld the blues soaked melodies of bands such as The Black Keys with a commercial soul pop edge that surely will have records executives soiling themselves with excitement.  She’s already drawn comparisons to the likes of Lana Del Rey and Adele but in our opinion her voice is much more engaging and authentic than both of these artists.

She’s appeared at the Monteux Jazz Festival, has supported and shared stages with the likes of  Gaz Coombes, Lissie, Foy Vance, Nina Persson and Midlake as well as opening Clash Magazines stage at this year’s Great Escape Festival.  But this is just the tip of a huge musical iceberg and so in line with our mission statement – To explore strange new worlds, to seek out new life and new civilizations, etc .. we had a chat with Norma Jean.

VP:   Hello!  So you’re originally from New York and are currently based in London what prompted the move to these desolate shores ?

NORMA JEAN: When I was 18, I moved to Nashville.  It was there that I really got deep into music and songwriting.  At some point though I realized that to do what I wanted to do, I had to leave Nashville.  I felt stifled there.  One of my music teachers in university planted the London seed and the next day I signed up for study abroad at Queen Mary University in the East End.  I was a German major at the time, and meant to study in Dresden, but school always came in a close second behind my music!  Two weeks into my studying, I met my manager Robert.  We decided to work together and I quit school at the end of that fall semester.

VP: Your music has a bluesy jazz tinged vibe with a modern twist. When did it first become apparent to you or others that you had this amazing voice and talent?

NORMA JEAN: I always sang at the top of my lungs in the car with my mom.  I always just thought everyone could sing and what we did was totally normal.  Then when I was about ten years old, there were auditions for the Christmas nativity play.  I remember being on the playground at recess and we were all practicing to go audition to be Mary (the part of Mary got to sing her own song).  I just remember hearing the other girls and knowing I was a better singer than them.  That was the first time I knew I was a little different.  Then I auditioned, my teacher’s mouth dropped when I sang, and I got the part.  I’ll never ever forget it.  I think that was the first day of my whole life I felt I had purpose.

VP: After catching you live recently it was obvious that you do this not for a quick fix of fame or adulation, but because it drives you emotionally.  I was left with the impression you wouldn’t be YOU if you weren’t expressing yourself musically.

NORMA JEAN: True that.  Seriously, though, I think life is way too short to do anything for the wrong reasons.  I always go with my gut, and don’t do anything I don’t feel.
VP: When can we expect your debut album and indeed what can we expect from the album?

NORMA JEAN: My album will be out in 2015.  It will definitely consist of a lot of the songs I play live, and some other secret ones no one’s heard yet.
VP: A musician’s life certainly differs from the norm, what have been your most memorable experiences so far … and what have been the strangest?

NORMA JEAN: I think having left Nashville to go out into the world and figure out who I was musically, and then coming back two years later with a publishing and record deal, and playing with Brendan Benson at the Ryman auditorium was pretty surreal for me.  Ricky Skaggs, Jack White, Jakob Dylan, Willy Mason, and Butch Walker were all on the bill as well.  It was really cool and humbling to be in that company.

VP: Any pre-gig rituals?  Do you ever get nervous or is it excitement rather than abject terror :)

NORMA JEAN: I always warm up and touch up my make up right before going on stage.  Pretty boring.  I only get nervous if I’ve had a sore throat or something and I’m not sure how my singing is going to be.  Other than that, I don’t really get nervous.  I feel quite at home on stage.

VP: Which artist past or present would be your dream collaboration and why?

NORMA JEAN: I would have loved to sing with Janis Joplin if she was still alive.  Her voice was from another place that I can only dream of aspiring to or understanding.  A live person, definitely Jack White.  I love how he works with and champions so many women artists and musicians.  I think he’s really special and I have a crazy amount of respect for him.

VP: If we chat to you in a year’s time, what would you like to have achieved?

VP: What’s the best advice you’ve ever had?

NORMA JEAN:  Squeaky wheel gets the oil…  Or the WD40 as my dad would say.  Always ask, because the worst that can happen is you’ll get a “no,” in which case you are still where you started. 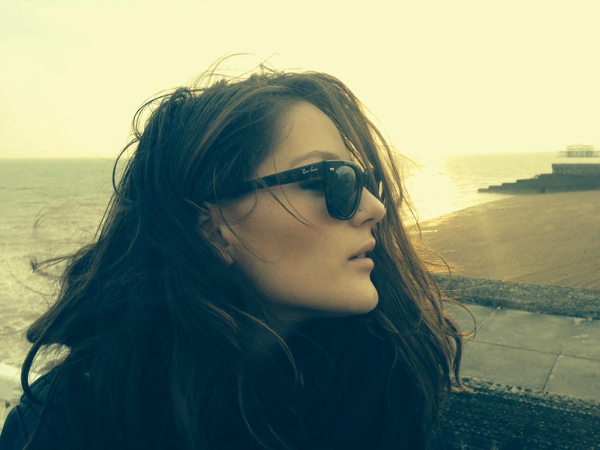