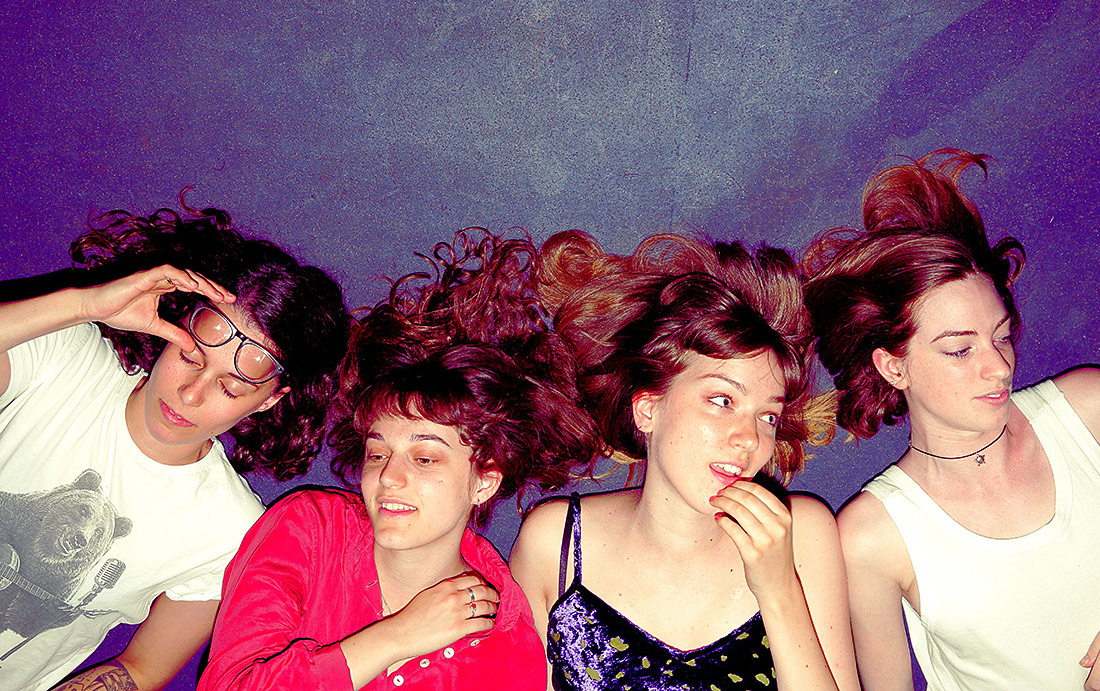 It may be an overused journalistic trope to describe a new band as “arriving fully formed”, but that’s exactly the impression given when London quartet the Big Moon appeared on the scene  this year. There were no half measures, no scratchy demo’s recorded in a tin bath, no obfuscation in the form of willfully indistinct promo shots replete with pretentious soundbites or conceited manifestos aimed at adding a layer of mystique and allure. The allure was already there – embedded in the Big Moon’s music.

Comprised of Juliette Jackson(guitar, lead vocals), Celia Archer (bass, vocals)  Soph Nathan (guitar, vocals), and Fern Ford (drums) The Big Moon arrived armed with self-belief, a twinkle in their eyes and a clutch of songs that certainly didn’t suggest they’d been produced by a band who had only been together for a year.

In between the Neu DIY Tour alongside Vant and Inheaven, jetting off to La Grande Pomme to charm the pants off our American chums, the band found time to chat with us before joining The Vaccines and Ezra Furman on tour. It’s been quite a year!

VP:. The Big Moon have been together just over a year now, and it appears you hit the ground running  .. has the pace of things taken you aback.

FERN:   We spent a lot of time writing and rehearsing before playing a show last year and so we wanted to be as ready as possible before introducing ourselves. Which kind of makes showing people your music for the first time that little bit more scary!

CELIA: I didn’t get as much of the warm up because I was last to join. We recorded ‘Eureka’ two weeks after I joined and had our first gig within the month which was scary in a different way. It’s all been pretty unbelievably exciting but the best thing is all the people we’ve met along the way. I now have 3 new best friends and it’s super awesome.

JULIETTE: It’s been ridiculous, it’s good to know your life can just flip upside down at any second!

VP:   Juliette had said she’s always wanted to be in a band and had been trying to get one together for a while.  So you’ve had a year of it now is it  everything you’d expected and hoped it to be –  the glamour of touring… ?

FERN: Yeah we actually decided to go all DIY recently and so now we just have one tour bus and one truck. We’ve also had to condense our team into 12 people so it’s tough but the show must go on you know.

JULIETTE: Yeah its difficult, last night I didn’t get my caviar on the rider and it really threw me off.

VP: You’ve said that after seeing the Fat White Family, it inspired you, gave you the idea that this was something you could do. Which is the kind of reaction many people had years ago with the  Punk/DIY ethic. What was it that about the Fat Whites that gave you that push …?

JULIETTE: Fat Whites are just an incredibly exciting live band, I’m not saying we sound like them and we’d never try to copy anyone, you can’t force that shit, but just you try going to see a band like them and not wanting to start your own band afterwards.

VP: You’ve played a few festivals this year, what have been you highlights so far?

CELIA: It totally was. And Tramlines. And The Great Escape. I mean it’s all been pretty awesome. It’s nice being a new band because you can just play early and enjoy the rest of the festival.

SOPH: Yeah definitely. Visions was really fun too, we played at the MOTH club which is an awesome venue and has a gold sparkly ceiling.

VP:.  Of course the touring doesn’t end as the festivals finish,  you’ve been on the Neu DIY  with Vant and InHeaven,  which we caught and it looked like you all had fun, rotating headliners.  Do you develop a real gang mentality when you all tour together like that?

FERN: Kind of yeah. One of the best parts of touring is getting to make new friends with each tour and so it’s been so lovely getting to hang out and listen to their songs each night.

CELIA:  It’s total gang mentality. Jake from INHEAVEN is the king pin. Matty and Henry VANT are his sidekicks. You don’t wanna mess with them. But there’s discontentment in the ranks. I think by the end of the London show Billy and Chloe are gonna join forces and stage a coup. We’re staying out of it till we see how it plays out.

VP:  The ‘Beautiful Stranger ‘ cover you do live, is one of the more unusual interpretations of a Madonna song we’ve heard  What was it that drew you to that song?

JULIETTE:  I fell in love with a beautiful stranger. Not joking. I was walking through the woods, high as a kite, and crossed paths with a postman, we made eye contact, walked towards each other, said nothing and started kissing… It was love at first snog. Very much the most poetic and romantic event of my life

VP: You were previously known as The Moon, why did you change it to the” Big.”  I was chatting to the guitarist from a rather excellent band from Brighton at Live At Leeds this year and he reckoned he’d suggested you add  “Big”, but I’m not sure if he was telling the truth ;)?

CELIA: Oh really??  You know I don’t think he is. Though a lot of people did get involved with suggestions so I’m not exactly sure where the name came from. Sneaky.

VP:  You’re also mates with Spring King and Tarek did some mixing for you, how did your paths cross?

CELIA: They are so great and such nice guys. And amazingly during the DIY tour they were playing in Leeds on our day off so we got to hang out! I love seeing them live. I think we just got in touch with Tarek about mixing The Road and then we went in the studio with him and did Nothing Without You. We’d seen them about a year ago when The Magic Gang played with them but didn’t actually meet until we were all playing at Secret Garden Party.  The rest is history.

JULIETTE: They give me tingles. Spring tingles

VP:  ‘The Road’ was your latest single, will there be any other releases this year? I’m all for Christmas singles … how about it?

SOPH: I’m up for it if you guys are

JULIETTE: I have a Santa suit

FERN: All a bit mental really 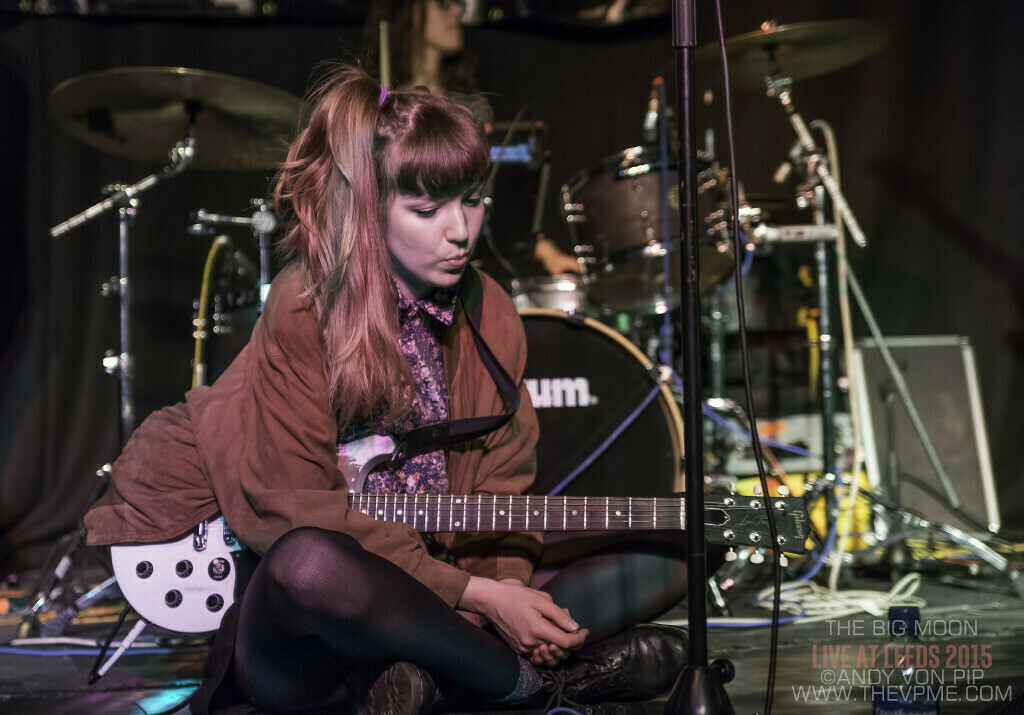