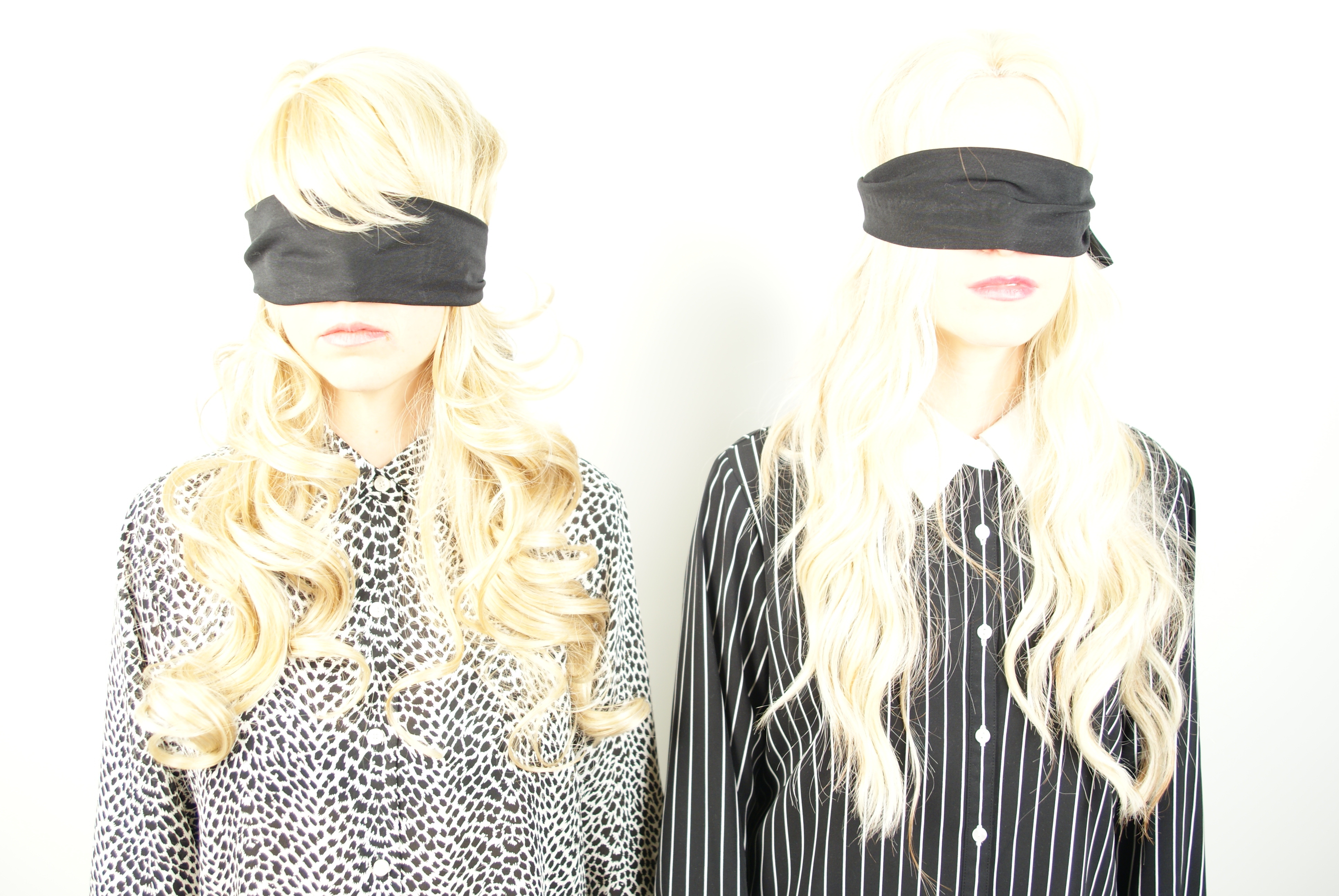 Let’s start with a bit of history:  in the 17th Century, the French began to send young women to America as prospective wives in order to help populate their colonies.  Ostensibly these daughters of l’Hexagone, were considered to be educated young woman in their prime and from good ‘stock’ but in reality scores of them were originally ‘harvested’ from orphanages and convents.  Many disembarked in the New World pale and debilitated due to their arduous journey, and all arrived in possession of a small dowry carried in a “casket” or trunk, a gift from their munificent King.  They were soon referred to as ‘fille du roi’ or ‘Casket Girls’, and their deathly pallor and coffin shaped travel chests led to rumours that these girls were actually smuggling Vampires into places such as New Orleans.

You can certainly see the attraction of naming yourself after these historical figures upon whom myth and legend has been based, certainly if you happen to have an interest in the supernatural, death and the afterlife.  It certainly ticked all the right boxes for Ryan Graveface (Of Grave Face Records and Black Moth Rainbow) and sisters Phaedra and Elsa Greene who are the creative forces behind Savannah based (lucid) dreampop trio The Casket Girls.

It’s an album of light and shade, of fire and water; it’s the Shangri Las writing songs by candlelight assisted by a Ouija board whilst a serial killer rampages on the loose outside.  Live the band are apparently quite something to behold with the sisters synchronizing their movements like the Stepford Wives at a séance, singing together in one voice and seemingly channelling some otherworldly muse whilst Ryan lurks in the background wearing one of his many customised masks.

If you like your pop slightly off kilter, and viewed through a warped cosmic kaleidoscope replete with dreamy melodies fused with poetic lyrics then Casket Girls are without a doubt the band for you.

VP:  Hi, Are you all OK!!  I saw on twitter that your tour van was “totalled?” in an accident  Did you lose a lot of equipment?

ELSA: Everyone is fine and remarkably all the equipment is fine, however the van is another story ;) but all’s well that ends well!

VP:  The story about your formation goes that Ryan Graveface came across you singing in a public square .  What sort of music were you performing?  Did it sound anything like he music The Casket Girls now produce?  Did it freak you out a little being propositioned (in the nicest sense) by a person, you’d never met before?

ELSA:  Well, we were hanging out in the park playing Autoharp; however, it was for our own amusement.  We definitely were not trying to perform.  Phaedra and I have always entertained ourselves by making up weirdo songs in an improvisational/ stream of consciousness style.  And yes, we were a little off-put by Ryan approaching us…  at first…. Strange that he is now our family.

VP: Did you approach writing your ace second album ‘ True love Kills the Fairy Tale’ in the same way as your first album ‘Sleepwalking?’  What was the process?

ELSA: Well our approach was the same, but the results were different. Phaedra and I have approached the writing process by setting up protools and recording our initial listens to the magic Ryan sends us until the song presents itself to us. We come to the scene armed with our lyric and dream journals and try our best not to sensor our first ideas. This has been consistent across the board, however for True Love we ended up writing almost the whole thing in one night. We feel we may have truly tapped into the collective unconscious (or at least our collective unconscious,) if only for a night. It was like a dream.

VP:  There’s defiantly a dream like otherworldly quality to your music both lyrically and sonically -eg.Lines such as ‘I call my dreams dirty tricks / when I wake I feel sick / its unrequited reality.”  What sort of things inspires your lyrics?

VP:  It’s said that you weren’t actually expecting The Casket Girls to be a live band as such, and that you keep your eyes covered as you find this helpful when performing live. Where you initially nervous at the prospect?

ELSA: Yes, that is all true.  Our costume is a magical cape providing true freedom.  We couldn’t love performing more.  It is a unique and wonderful experience to really put yourself out there in this way.  We really believe in the power of spreading ideas and becoming more connected to one another in general. Its soul bearing and tearing.  Weirdly, the stranger the outfit, the more empowering.

VP:  What are your plans for 2014?  Any festivals or visits to Europe/UK planned.  We’d love to see you over here!

ELSA: We wanna come!!!  We plan on a visit in September…fingers crossed

VP: Your videos are always hugely enjoyable; Often a bit Twin Peaks meets Kubrick – who comes up with the ideas for the visual/ narratives ?

ELSA: Different collaborators such as Kevin Canavan, Sara Odze, Anton etc. have come up with different ideas inspired and informed by our collective ideas as a band.  We have had the best time with all artistic outlets accompanying this project.

VP: If you look at the charts in the UK and USA there’s a lot of depressing manufactured  and utterly contrived empty music that says the square root of f**k all to me.  It’s music by corporations not people… With your music, what sort of reaction would you like to provoke from people?

ELSA: It’s our hope to bridge these worlds of mindless fun and some heady ideas.  We’d like people to take the pallet of our music and paint their own picture.  There is no reason that deeper more creative and unique music shouldn’t be popular, so I guess it’s up to the artists.

VP:  When you’re all not being musically active as Casket Girls how do you all spend your time?  What are your passions besides music?

ELSA: Ryan runs our record label Graveface Records and Curiosities, and a record store in Savannah of the same title.  He also plays in several other bands and collects John Wayne Gacy paintings.  He is a cusp Gemini, Virgo rising.  Phaedra and I enjoy the beach and pink champagne, spending most of our free time in deep discussions over life, afterlife, other lives, death and dreams. 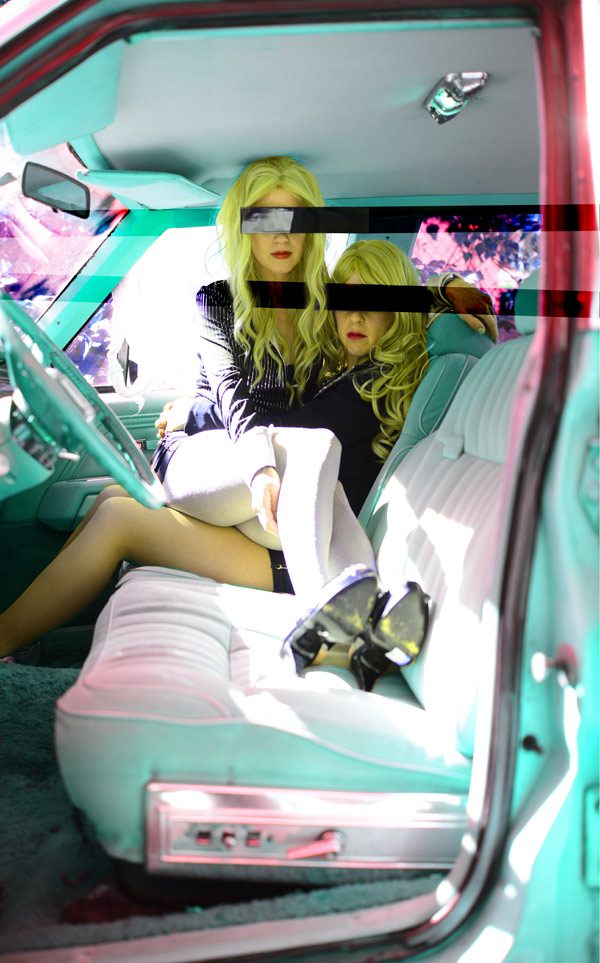 2 thoughts on “The VPME Meets – The Casket Girls – INTERVIEW”