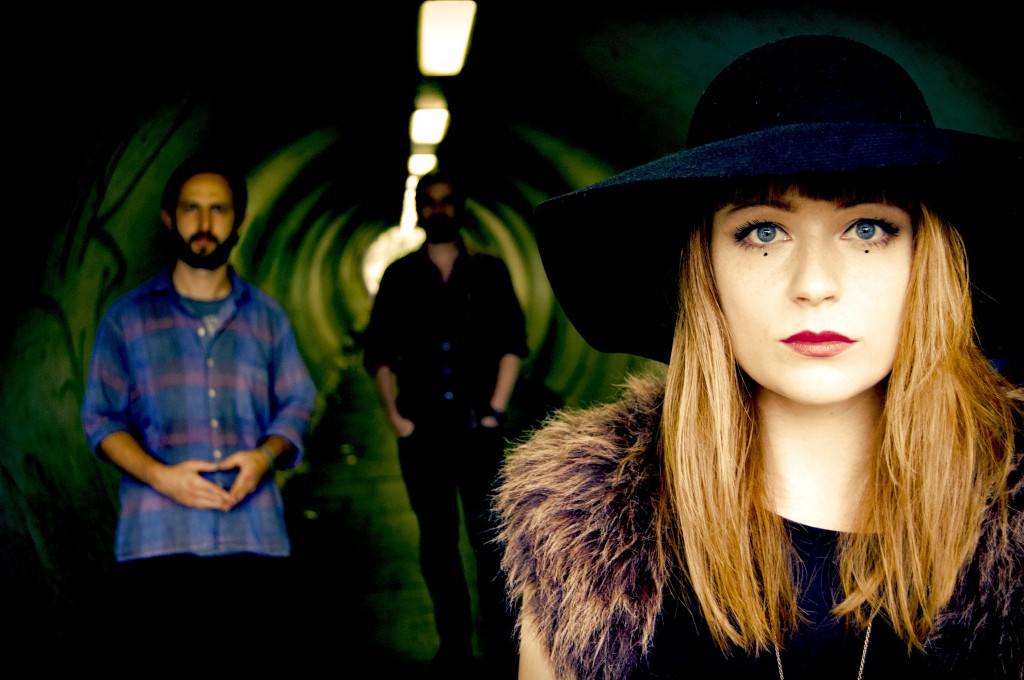 The Fauns who hail from Bristol first caught our attention back in 2009 with their eponymous self released debut album. It was an album awash with subtle cinematic dreampop beauty, although in retrospect it was perhaps a sketch of what the band where to become.

Fast forward to 2013 and their second album ‘Lights’ saw the band flesh out their sound taking it to a completely new dimension. They’d always had the ability to write music of power and beauty but with ‘Lights’, you sensed this was the sound the Fauns were always aiming for. The shoegaze scene has unquestionably influenced them; Alison Garner’s sensual fragile vocals gently float over shimmering guitars to create an atmosphere of beautiful desolation and heartbreaking beauty, but one imbued with a real pop sensibility.  We were so impressed when we caught them live recently we decided to find out more about the band…..

VP: Hello, so it’s been about four years from the release of your debut album to your second album ‘Lights’.  Although it’s not quite an MBV style gap, what where the main reasons it took a while for a second album to appear?

MICHAEL : Life just sort of got in the way a bit of writing, despite having a lot going on in our personal lives we continued to write and record gradually. We got there in the end and it seems that the timing was good anyway as Invada are a fast growing label. They are brilliant to work with.

VP: Is it fair to say ‘Lights’ is primarily about love, loss regret?  It’s certainly subtly sensual in a way that perhaps twerking popstars would never quite grasp.

MICHAEL Yes absolutely. Love, loss and regret are the staple ingredients of indie rock. We do have a song about getting smashed at the weekend though.

VP: Although your debut album was ace there’s a real step up in terms of cohesion and sound on ‘Lights.’  What was different about how you approached writing/producing your second album

MICHAEL Hmmm… It was written in a similar haphazard fashion to the first but I had a better idea as to how to pull it all together at the end. The second album also had more input from the band as a whole and there was some very welcome influence from the label.

VP: I’ve read that The Fauns started as a one-man project and then gradually expanded.  Did you always envisage The Fauns music would feature a female vocalist?

MICHAEL:  Yes… I guess I was influenced by my favourite indie acts, most of which have female vocalists. Ali is the perfect person to front the band but I’m very glad we have male backing from Lee (and myself on some recordings). Equal opportunities opens up a lot of scope for nice vocal harmonies.

VP: Alison, when you were asked to join the band did you have any reservations/nerves, had you sang publically before?

ALSION: The public thing wasn’t so much a problem, it did take a while to develop the vocal style that now helps to characterise The Fauns’ sound though. I had more of a classical / opera style vocal training, so singing softly, and often quite breathily, didn’t come naturally at first!

VP: After catching you live, your sound is huge.  Is it a difficult operation getting the right sound given the variables in different venues?

MICHAEL: It has been really tough to get it to the standard it is now. Our set up is unusual for most live engineers but we’ve managed to hone our gear and we’ve learnt to communicate what we need. When we’re feeling flush we bring a sound engineer with us which removes an element of risk.

VP: There’s quite a cinematic vibe to your sound…would you say you are just as influenced by movie soundtracks as much as classic shoegazy style bands.  Any particular favourites?

MICHAEL I’ve been heavily into cinema and soundtracks from an early age so the influence is definitely there… Most if not all of The Fauns tracks I can imagine as films and lyrically I try to set them up in that way, like describing a movie to someone. I’m a massive fan of Vangelis, Clint Mansell and John Carpenter… I’m loving the “Let the Right One In” soundtrack at the moment by Johan Soderqvist. It’s a masterpiece.

VP: Talking of Clint Mansell he’s a fan (I’m old enough to remember his PWEI days) . How did his remix of Fragile come about ?

MICHAEL: I remember him from PWEI too… I still have the t-shirt. Redg from the label got chatting to him about soundtracks etc, and I think he sent him The Fauns first album, and he really liked our sound. Invada asked if he would like to do a remix, and we were so humbled that he said yes, so he chose his favourite track to do. We’re looking forward to saying hello properly and buying him a pint in London when he plays there in the autumn.

VP: What have been your most memorable experiences as a band so far?

MICHAEL : A month on the road with Alcest earlier this year round Europe. 21 gigs in 24 days. That was amazing, we’ve never toured like that before and we really enjoyed the ‘rock and roll lifestyle’, it was so great to go to countries we’ve never played before like Lithuania and Poland, they go crazy for live music over there! I do rather miss my bunk on the bus… One of the best life experiences ever.

VP: Do you have any bizarre tales of life on the road/gigs etc to share?

MICHAEL /ALISON Hmmm… I cut my finger badly slicing a hard Italian cheese. Tom our drummer lost a sock. 70% of the bus caught a nasty D & V bug… Dancing to “Duelling Banjos” at full blast in the lounge area of the bus…. Told you it was rock n roll…

MICHAEL “4am” Is being released as a 12″ in the summer and more gigs around the UK. As we head into the autumn we’re getting stuck into recording the third album. There won’t be a four year gap this time… promise! 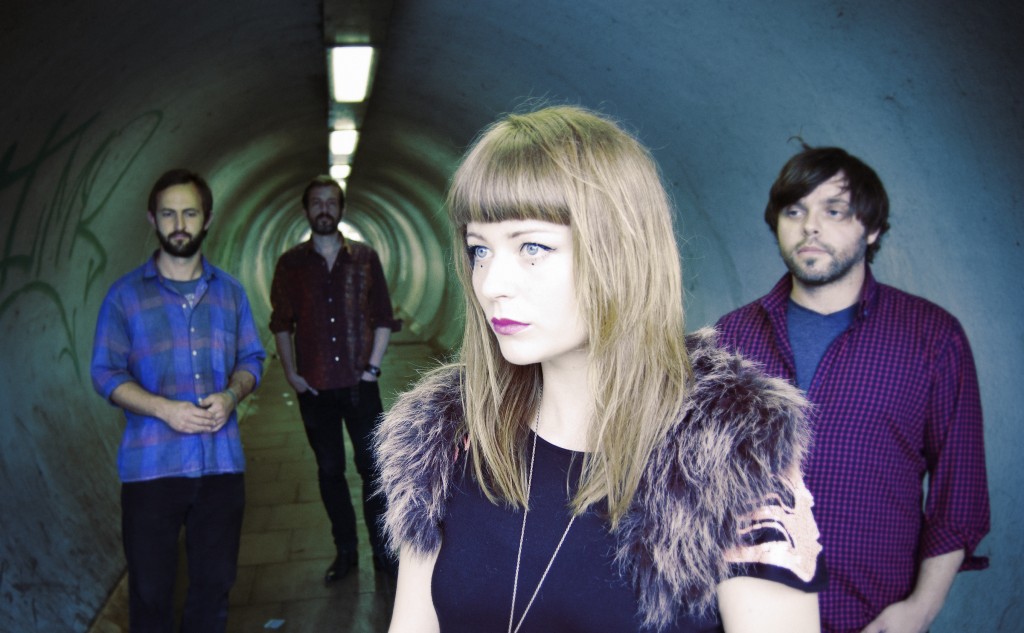