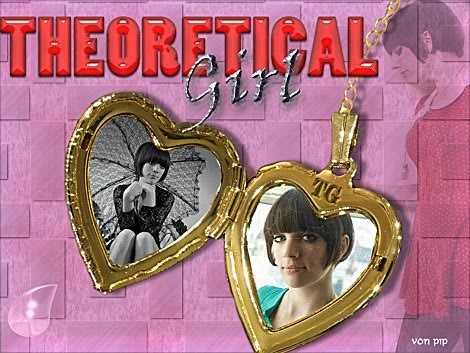 The following is substantially a work of non-fiction, the introduction in no way reflects the views of  Theoretical Girl and it is based entirely on the experiences and recollections of the author. In some limited cases names of people and bands have been withheld solely to protect the immense, yet strangely fragile egos involved. Now, let us begin…..

Like any relationship, my love affair with music isn’t always hearts and flowers. Music can, on occasion, depress me. For example it’s rather exasperating when you discover that an album touted as groundbreaking and pant-wettingly original is, quelle horreur, merely an artless cack-handed cut and paste exercise in ripping-off much admired bands from your youth.  Despite the adulation and the constant name dropping of a much feted producer you soon realise the hyperbole is as hollow as an Easter egg from Netto… as empty as Maggie Thatcher’s blackened heart.  You can drape a turd in diamonds, but beneath the glittering façade it still remains, essentially, a turd.

It’s equally galling when a “much loved band” reforms, gets a headline slot at Glastonbury and is then inexplicably feted as some sort of untouchable musical deity. All too soon you begin to experience the sense of bewilderment and anxiety that normally presages some truly awful event…and then it happens, unassailable proof that the world has gone stark raving bonkers as this band’s decidedly iffy albums are canonised as classics! How did that happen? ‘Cos my recollection of the very same band is somewhat different.  I remember them as little more than consummate perennial bandwagon jumpers, finally settling on a clumsy art school potpourri of Madness, the Kinks, Dick Van Dyke and Chas N Dave. But now this band is apparently regarded as the very essence of Brit-cool. The fact that the singer often ended live sets by dropping his pants and hopping about the stage like somebody with learning difficulties trying to locate a fresh roll of toilet paper is conveniently forgotten. The word is they are “The best British band since the Beatles” and “more erudite than The Kinks ”  …Even if you like the bands in question you must surely admit that their significance in enriching popular culture, is somewhat, over-egged. When faced with this seemingly never-ending tsunami of hype, tommyrot and piffle you feel the will to live draining from you .-“Ok guv, it’s a fair cop, I’ll come quietly, I’ll join up with your marching band of lemmings and make haste in scurrying  toward cultural Armageddon” …….But then you discover new music which  really deserves your attention and your love affair is reignited once more…

I discovered Theoretical Girl a while back via the good old interweb, because let’s face it, the chances of discovering anything new via daytime radio is as  slim as Anne Widdecombe’s list of potential suitors. Yes, Theoretical Girl made me realise that all is not lost, that music is still being made by good people who genuinely love what they are doing, and to give in to big label hyperbole or musical revisionists would be morally and spiritually wrong ;)

Theoretical Girl is Amy Eleanor Turnnidge, a one woman musical tour de force whose DIY roots means she’s pretty adept at multi tasking. Why, if she’s not song writing and gigging, she’s playing guitar or bass or programming keyboards and drum machines, or arranging strings and, well, just generally getting on with making the world a better place.  Whether she’s performing her songs alone or with her sometime band The Equations she’s always good value and I must confess I am swelling with more than a little anticipatory excitement at the idea of getting my hands on her debut album later in the year.   Her tunes seem to cover the whole pop spectrum, from the straight forward rollicking post punk directness of tracks like “Red Mist” to the tender almost Smiths-esque beauty  of “The Biggest Mistake” or “The Boy  I Left Behind”.  Throw in a bit of a 60’s girl group vibe , infuse it with a  spot of  reflective, acoustic loveliness, add maybe a dash of twee, serve with  a slice of spiky post punk attitude and you have a rather delightful cocktail that will certainly refresh your musical taste buds. Yup Theoretical Girl is pretty much a cure-all for all known ills ! So if you have a problem, if no one else can help, and if you can find her, maybe you can hire Theoretical Girl.

VP:  When did you start writing songs and how did the idea for Theoretical Girl come about?

TG: I’ve been writing on and off since I was a teenager and first heard Elastica! They were a revelation! I was in a few bands over the years, but never felt confident enough to be a front woman until I was sort of forced into it. I was in an all-girl band, complete with matching black bowl cuts and neon-colour co-ordinated outfits, when we fell out over who wrote the songs, I am control freak about writing you see, and we broke up. We had a gig that week and I didn’t want to let the guy who had booked us down, so I thought I’d throw together a couple of songs and do it myself. I couldn’t come up with a name so my friend suggested ‘Theoretical Girl’ for the time being and I never got round to changing it. So it’s all been a sheer fluke!

VP: There’s often a yearning loveliness to some of your material, regrets, mistakes, relationships gone wrong- Is there a therapeutic element to your song writing or is the subject matter based more on observation?

TG: All of my songs are based on my own experiences, but I like to disguise them a little otherwise it’d be a bit too exposing or should I say embarrassing! It is extremely therapeutic, especially as I write about things that I would struggle to say face to face.

VP: You’ve been busy recording your debut album this year, how’s it been going, when’s the release date and what’s the title?

TG: The album is called “Divided”, the title is meant to reflect the different types of music I make and the fact that most of my songs are about unrequited love or conflict of some kind. It will be out on 17th August. I absolutely loved recording the album. It was my idea of heaven, being shut away in a room, forgetting the outside world and just playing music all day and all night. It doesn’t get much better that that!

VP:  Who would you say are your major musical influences?

TG: I have so many! The main ones for this album were Fleetwood Mac, The Stranglers, Wings, Billy Joel, Purcell and Nick Drake!

VP: You’ve toured with a lot of great bands what have been your highlights thus far?

TG: My favourite on-stage moment has to be Portsmouth Guildhall supporting Maximo Park. My guitar broke and we didn’t have a roadie so I had to tell a very long joke, about penguins, to around 2000 people whilst my guitar was fixed by Maximo Park’s very kind sound engineer. I didn’t get round to telling the punch line and I still get e-mails from people, two years later, asking me to finish the joke!

VP:  You’re playing Glastonbury this year, have you been before?

TG: I’ve never been and I have absolutely no idea what to expect! It’s very exciting and very scary! It’s being run like a military operation. There are drop off and pick up points, collection areas, contact points. It’s all very bizarre but I can’t wait. We have a cellist and violinist joining us which will make the whole thing extra special!

TG: Sam (Valentine) was the first friend I made when I moved to London. She came to see me play in New Cross and we got chatting. She was in my backing band and then I asked Rosie (Cunningham) to join, which was how they met. They are extremely talented musicians and I expect them to go far!

VP:  What’s the weirdest thing that’s happened to you since you became involved in the world of music?

TG: Someone approached me in Waterstones and said ‘you’re a lot smaller in real life’. Then they walked away without saying another word.

VP: Time for the “Smash Hits” bit now. What are your favourite album, favourite film and favourite book?

TG: Easy! “Bryter Layter” by Nick Drake, the most beautiful and melancholy album ever made. “Historias Minimas”, an amazing road movie. “Les Miserables”, the greatest love story ever told shame about the war scenes though.

VP: If you had to choose a tagline or motto for Theoretical girl, what would it be?

TG: Half an inch taller than Kylie.

“The Boy I Left Behind” Live By Theoretical Girl

0 thoughts on “In Practice Not Theory –Theoretical Girl Interview”