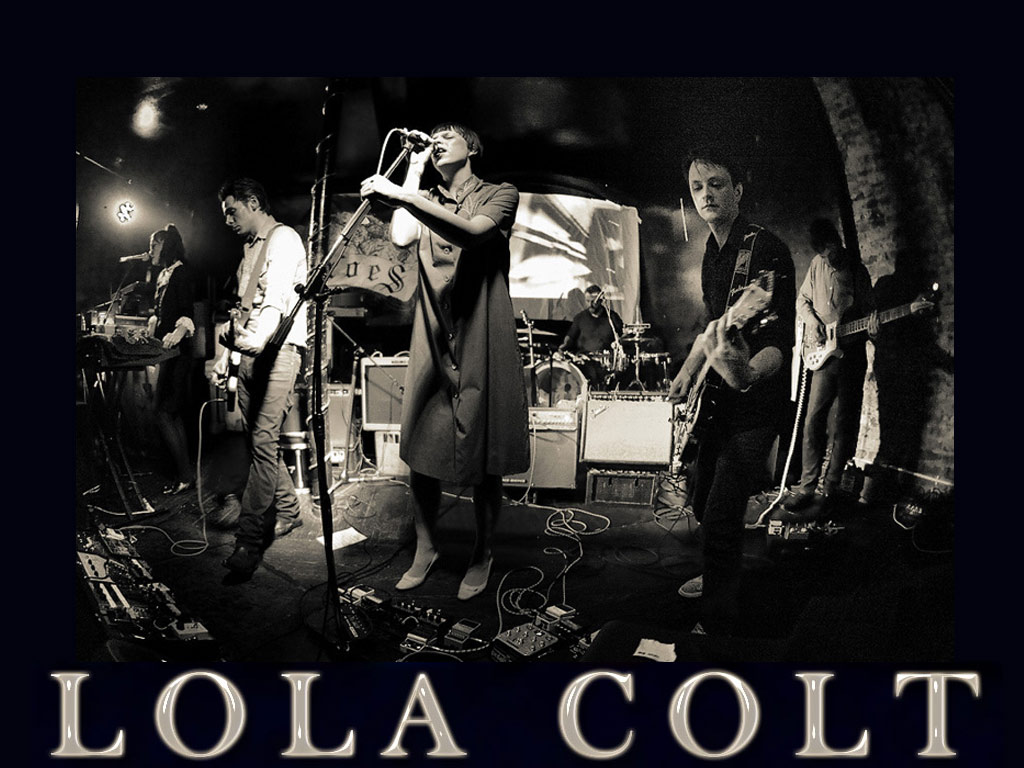 Certain elements of the music industry would contrive to convince you that guitar music is set to make a HUGE comeback in 2013.  Which begs the question, doesn’t something have to have gone away for it to actually comeback?  We can only assume this will herald a new slew of spectacularly tedious guitar bands being snapped up by record labels with the same sort of rash impunity witnessed in the noughties.  Back then if you sported a Liam Gallagher helmet head, swaggered about with a gait akin to a chimp wearing a nappy full of fresh warm porridge and occasionally mumbled nonsense like ‘mad fer it ar kid’  in an incomprehensible northern brogue – jackpot !  You had yourself a record deal.

Until of course the penny dropped and the labels realised they’d signed a startling array of bands that were completely fucking useless.  The industry sought to cut their losses, throw out the baby with the bathwater and hatched a not quite clever enough plot to be termed Machiavellian and kill off guitar bands, but whom could they blame?  Who would be the sacrificial lamb?  Enter stage left, former Pipettes drummer and some time actor Joe Lean and his absurdly named band the Jing Jang Jong.  A group with, ironically, a great guitarist, but with tunes just average enough for them to be quickly built up by the industry and then ruthlessly knocked down.  Poor old Joe was then framed as some kind of John Wilkes Booth to ‘landfill indie’ as it donned incongruous mutton chopped side burns and popped along to Ford’s Theatre in a stovepipe hat.  It was he and his co-conspirators who had killed off indie guitar music, not the A&R guys, not the acquiescent complicit media and heaven forefend certainly not the label bosses.  Except of course they didn’t.

And so whilst sites like Pop Justice donned their garish dayglow glitter-frosted latex disco pants to prematurely dance on the grave of guitar music, in the shadows far away from the spotlight of hysterical hype, exhilarating, inventive new music was and still is being made by musicians using, wait for it …..  (*gasp*)  GUITARS!  Producing music that takes its lead from 60’s psychedelic wig outs but combining it with more contemporary influences, the burgeoning ‘Psych’ scene is proof positive that guitar music is in pretty safe hands. But of course it never went away, you just needed to look in the right places, like perhaps Austin Texas or Liverpool England.  The Austin Psyh fest for example, founded in 2008 has rapidly grown from a small independent word-of-mouth cult-event to an internationally acclaimed festival whilst last year saw the inaugural Psych Fest in our hometown of Liverpool.

And that’s pretty much how we came across today’s interviewees, the quite wonderful Lola Colt.  This may strike you as rather odd when you consider the fact we didn’t actually attend said festival, but our friend, new music champion Shell Zenner from Amazing Radio did, and she came back in raptures about the genius of Lola Colt.  She supported them via her radio show and pretty much from the first listen, we too were hooked!

Lola Colt invoke a swirling musical maelstrom, a space age psychedelic spaghetti western were iridescent guitars illuminate the darkness like sunlight refracting off black obsidian mirrors (Paul Morely Alert!) There’s a surly moody magnificence to Lola Colt’s music, which is full of dark dramatic, sweeping cinematic flourishes.  Think Sergio Leone meets the Velvet Underground covering Johnny Cash with Patti Smith and Siouxsie Sioux on vocals …in a subterranean  basement …watched by David Lynch……Oh we could go on with all manner of comparisons but what Lola Cola do so well is to create an atmosphere, a menacing seductive blanket of beautiful hypnotic sound that is totally immersive.  The six piece London based collective formed by Danish singer Gun Overby and guitarist Matt Loft have described their sound as a ‘hodgepotch’ of all the things they love.  They certainly have pretty damn fine taste, and the fact that the band also list ‘Psychocandy as one of their favourite albums also earned them extra bonus points in our eyes ;)

We chatted to Matt and Gun about westerns, guitars and em, hypothetical organs…

VP:  So Lola Colt started when you both started writing songs together? How did the rest of the band come together?  Was it case of  contacting people you already knew or did you advertise for like-minded people?

MATT: Finding the right people is one of the hardest parts of getting a band off the ground, especially a large one; you have to use every available avenue.  We’ve had a mixture in the past of friends, friends of friends and people we’ve found or that have found us.

VP: I imagine you’ll get fed up answering questions about the band named, based on a female Spaghetti western character.  The name throws up a kind of cool mystique, is that what you were after, or where you actually big fans of the film?

MATT: It’s not in homage to the film, more of a nod to the genre.  However, we do feel a certain connection with it I suppose.  There are lots of contradictions in the film; it’s a kind of mongrel that’s hard to place.  We don’t fit neatly into a genre so we felt a bit of a relationship with it in that sense.

VP:  Without going on a political rant (as I am wont to do) how difficult is it for bands, given the recession, rising prices, art council cuts etc?

MATT: Well, if you’ve just driven your Rolls Royce into the hotel swimming pool and are expecting your record label to foot the bill you’re going to get a shock, but it’s never been cheaper to record, release, and promote a record – bands have the power to do things now that would have been unimaginable 10 years ago.

VP:  What are the bands current plans?  You have two amazingly great tracks up on bandcamp ; will you be looking to put out more material in the next few months?

MATT: We’ll be releasing singles this year, ahead of an album, which will be out late this year/early next.

VP:  You played Liverpool Psyche fest last year, how did you enjoy that?  I’d imagine that playing with like-minded people and promoters who “get you” is something that contributes to the overall experience.

MATT: That was a special event.  It felt like so many people had wanted something like that happen, and knew it could be a success if it did, but it took some real visionaries to pull it off in quite such a way.  We generally only ever play shows with people that understand us though, that get what we’re doing and that we respect.  We’re very particular about who we work with.

VP:   Fast forwarded to the end of 2013, if you were looking back on the year what landmarks/ambitions would you have liked to of achieved as a band.

MATT: We’ve been talking to Jim Sclavunos (Nick Cave & the Bad Seeds/Sonic Youth/The Cramps) about coming on board as producer and he’s really into the idea so I guess by the end of 2013 we’d love to have something recorded that we could share with you all!

VP:   Gun, you moved from Denmark to England, was this mainly for music?


GUN: I wanted to live in New York because I’d spent a summer roaming around there two years earlier.  And in New York, I wanted to learn how to write lyrics in English, like a native!  As it turned out all I could afford was a flight to London, and then I fell in love with the grubby East End!

GUN: You know what, I should go back and figure that out really!  Which venues would be cool in Copenhagen?  Some new bands from Denmark are creeping up and have played nights here.  Great stuff, like the Wands.

VP: What sort of music did you grow up listening too?

GUN: Everything.  I danced around to Prince like every other Danish teen.  An early inspiration was listening to my dad playing Shadows guitar licks, and that resonates in our work now.  A part of my heart hopes the old man will be proud.

VP: Matt did you ever go to guitar lessons as a kid or was it a case of teaching yourself?

MATT: A friend of the family who was in a band back in the 60’s showed me the ropes at first, after that I had a few different teachers here and there.  I think it’s important to get a good level of technique and understanding of your instrument, you need to know the rules before you can break them – but you do have to take it all with a pinch of salt.  Ultimately you’re being taught how to use a paintbrush, not how to be an artist.

VP:  Here’s five hypothetical grand to spend on band equipment, what would you buy and why?

MATT: As this is hypothetical money, I think it only right to blow it on something extravagant!  I’ve always wanted an old pipe organ, one with gothic candlesticks on the front to read satanic dots by in the dead of night.  Or maybe a Cristal Baschet!

MATT: I’m not big on predictions.  I hope we can live more in the moment – just going to take it as it comes.

1 thought on “Views From A Gun – Lola Colt Interview”