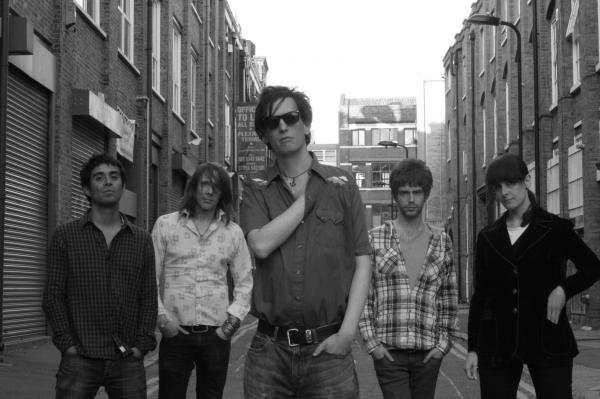 This week , Johnny Cola and the A Grades, The Gay Blades, Projectionists, Doctors & Dealers, The Chapman Family And Billy Bragg.


Jonny Cola and the A Grades-“In Debt”

Photo by A Secret Picnic

“The Party’s Over” By Johnny Cola and the A Grades.

Johnny Cola and the A Grades debut album “In Debt” certainly owes a debt to the slightly androgynous glam rockers of yore, ranging from Queen Bitch era Bowie  to the hip swinging ‘Animal Nitrate’ strut of Suede.  In successfully taking these points of reference they have produced an album laced with great pop tunes and served with a side order of sarcasm.  “The Party’s Over” for example could be Jarvis Cocker and Brett Anderson drowning their sorrows in response to Osborne, Clegg and Cameron’s dismantling of large chunks of society.  “Fireworks/Gunshots” is possibly their most sophisticated emotive track to date whilst other stand out tracks such as “Marlborough Road” “ Greenhouse” and “Out Of Focus” show that Johnny and the gang are more than simply cheeky chancers with a charming take on Brit pop,  they are in fact a band of  ‘glamshackle’ romantics who can produce music full of fire, passion and heart. In these unrelentingly grim times you could well feel “indebted” to JC and the A Grades for providing sanctuary and adding a splash of colourful rebellion to this apathetic, monochrome age of conformity. Wake up suckers!  -AVP.

Album will be available From Corporate Records

The Gay Blades-New Single and Album

“Burns & Shakes” By The Gay Blades

NYC duo have been sealed in a studio with The Hold Steady’s working on their second album ‘Savages’, The first single from the new record is the exceptionally fierce BURNS & SHAKES and it’s getting airplay on Xfm, Radio1 and 6Music, and here’s a little album trailer/teaser.

‘I Never Wanted Anything’ By Projectionists

“What happens if you combine star producer Gordon Raphael (The Strokes, Regina Spektor) and Sparrow, the one-woman driving force behind Doctors & Dealers, in a studio and close the door for a month?  You get the Trouble EP and the upcoming album, Every Sinner Has A Future.

Gordon Raphael, who had been following the career of Doctors & Dealers with great interest since the release of her earlier albums, Confessions of a Drunken Mind and Lost Friends and Newfound Habits, was quick to take Sparrow under his wing when the time came to record album number three. The only outline that they had throughout their recording sessions was to make an album that sounded like Chicago, if it were directed by Tim Burton — and they accomplished the goal with fervour.”

Retro Track Of The Week

“Which Side Are You On” By Billy Bragg.