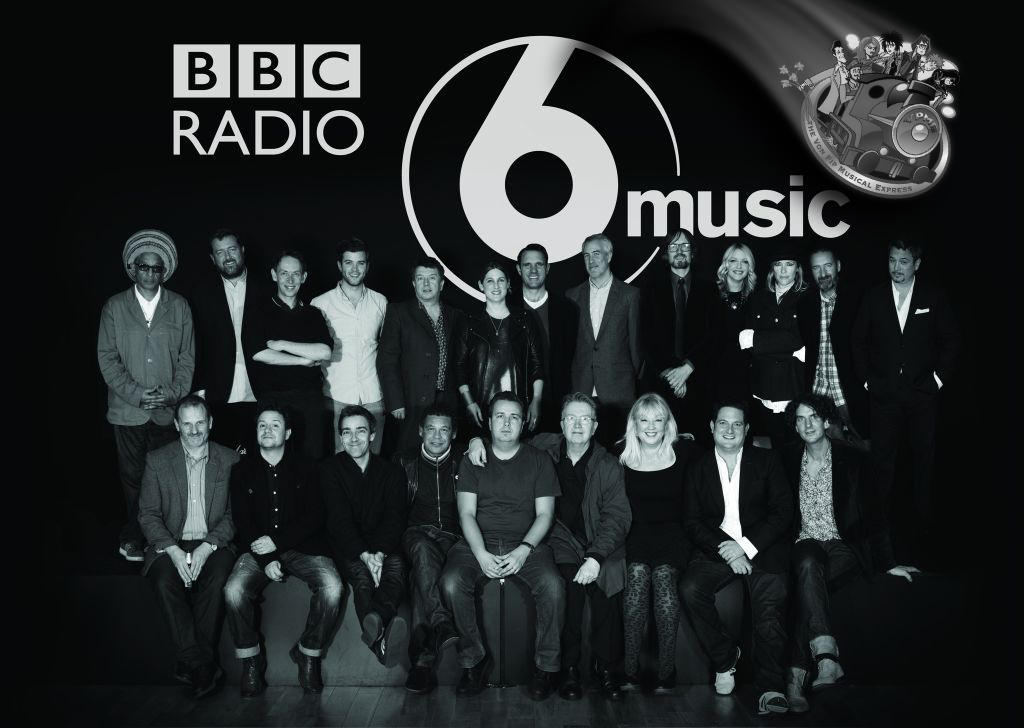 As part of BBC 6 Music’s 10th Anniversary we were delighted to be invited back on Tom Robinson’s “Now Playing” show. Our remit was simple, to take over the playlist for half an hour and chose four of our hottest new tracks plus two “6 Music” style classics, whilst providing a commentary via twitter

One of the most influential & important bands to emerge from the post punk scene, full of swagger, danger & of course great tunes – The Mary Chain are back in 2012 &playing SXSW & the House Of Blues, were they infamously split , Hope they take a ref #Blog6Music @BBC6music

We spoke to Jim Reid Of the JAMC here

From 1 of our fave albums of the year so far, full of dramatic purpose, soaring melodies and brooding beauty ‘Entertainment On Foreign Grounds’ is out 26th March. We also interviewed Straylings here

Track 5 – I Never Wanted Anything – Projectionists

There is life after The Pipettes & Becki Stephens emerges with her new band 2 produce a perfect slice of grownup pop. Don’t mention Polka dots and or red leggings, I mentioned them once, but I think I got away with it ! #Blog6Music @BBC6music

it’s Vivian Girl Katy Goodman’s side project from her wonderful new album “Sees The Light” a C86 meets Phil Spector masterclass. If you liked this track then La Sera’s album really is worth checking out, not a bad song on it ! #Blog6Music @BBC6music.

Throughout the month of March, BBC Radio 6 Music will continue to  celebrate 10 years of broadcasting and in true 6 Music style, they are throwing a couple of parties and live performances for your viewing and listening pleasure.

Remember, you can get involved via Twitter using the hashtag #happybirthday6music or on their  Facebook page during our birthday week.