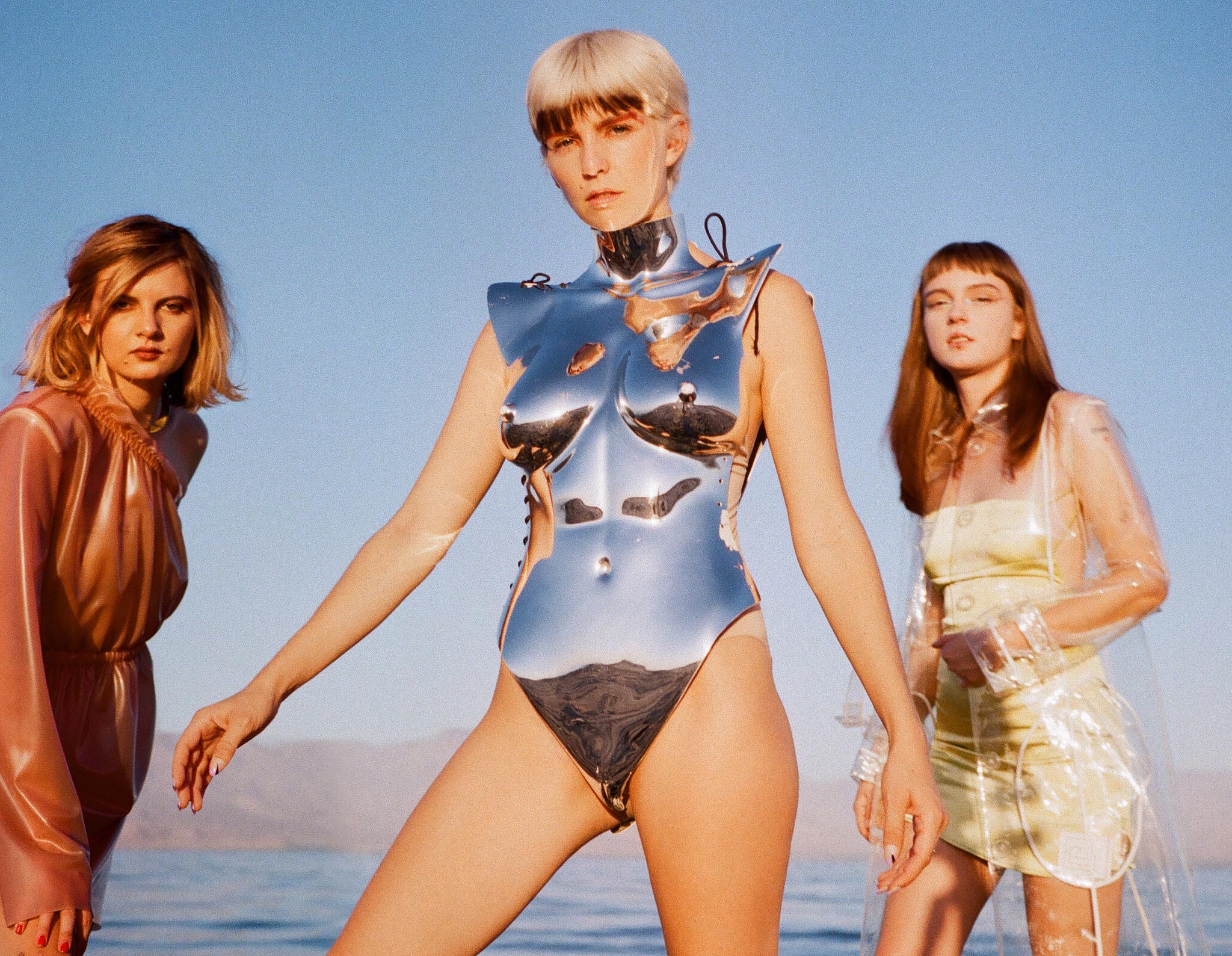 Automatic – the trio of Izzy Glaudini (synths, lead vocals), Lola Dompé (drums, vocals) and Halle Saxon (bass) – is back with their second album, Excess. which is set for release on June 24th via Stones Throw. The band are also sharing its lead single.

Watch the video for “New Beginning”, directed by Ambar Navarro below.

On Excess, Automatic synthesizes a new strain of retrofuturist motorik pop. The album rides the imaginary edge where the ‘70s underground met the corporate culture of the ‘80s – or, as the band puts it, “That fleeting moment when what was once cool quickly turned and became mainstream, all for the sake of consumerism.”

Using this point in time as a lens through which to view the present moment, Excess takes aim at corporate culture and extravagance via the medium of icy motorik pop songs. The overarching themes of alienation and escapism emerged as Automatic put Excess together, taking writing retreats to flesh out the new songs before decamping to the studio for sprint recording sessions with producer Joo Joo Ashworth (Sasami, FROTH).

On “New Beginning” – inspired by the Swedish sci-fi film Aniara – Automatic reject the false hope of leaving behind a scorched planet and searching for “a better place”, at a moment when the ultra-rich are eyeing manned space travel: “In the service of desire / We will travel far away”. Imagining the “nihilism and loneliness” of attempting to escape the planet once unchecked consumerism has reached its logical outcome, the song pictures being “stranded in a space-void with no connection to Earth or humanity.” ​​In the video directed by Ambar Navarro, a trip to space starts out fun before taking a dark turn.

The mirrored bodice on the album’s cover – shot at California’s Salton Sea, a site of environmental decay – reflects the present day Automatic explores on Excess: distorted and chaotic with a sleek sheen. But Excess’ final message is one of solidarity, rather than despair. As Izzy puts it, “The record is about what happens to our psyches when we’re conditioned to certain values, the consequences of those values, and a desire to resist them.”

Automatic will open for Parquet Courts and Tame Impala this Spring and play at Cruel World Festival, then will head to Europe for a run of shows including Wide Awake (UK), Primavera Sound (Spain), and Best Kept Secret (NL), before returning to open for Osees in September. More shows are to be announced; see below for a full list of dates.

US (with Parquet Courts)

US (with Tame Impala)