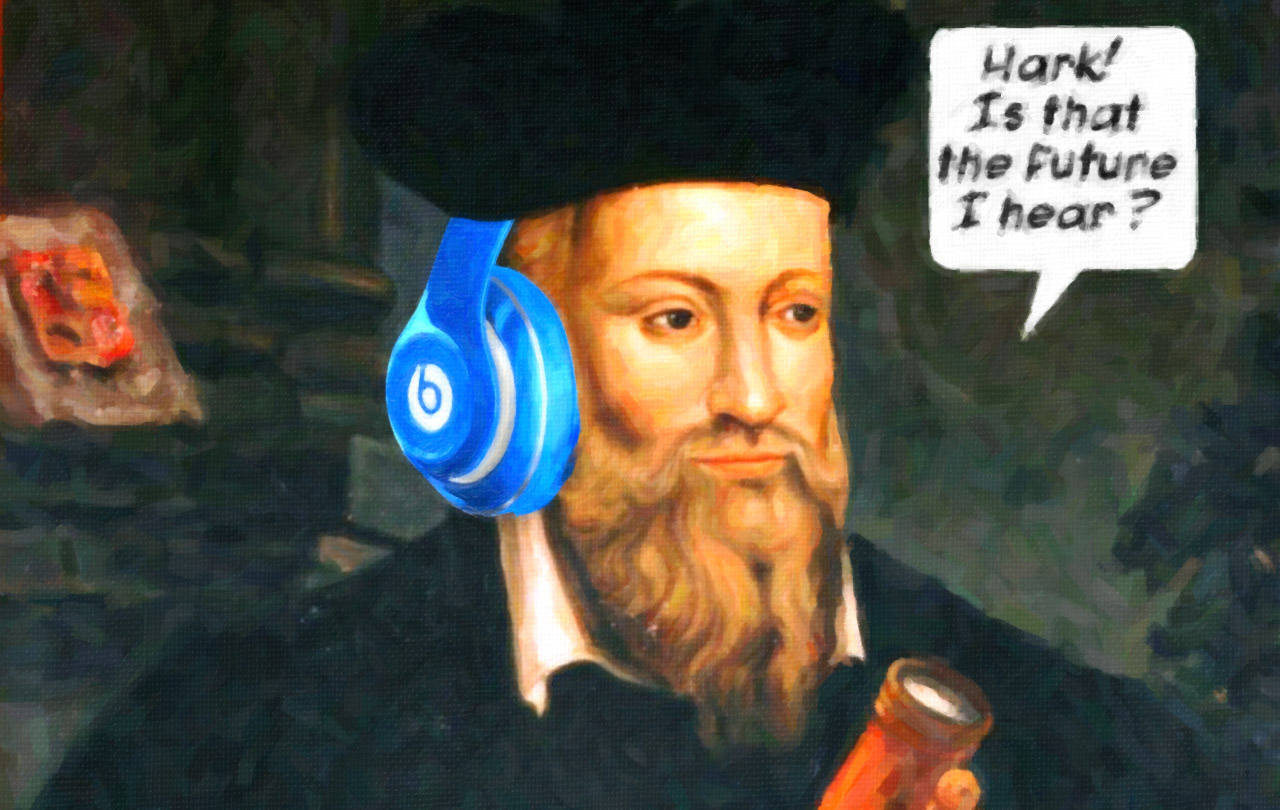 It’s been a bit quiet here lately, hasn’t it?  Aside from the occasional crepitation of tumbleweed and the benign clanging of an old church bell carried on the breeze – But all that’s about to change as next week heralds the publication our annual “ones to watch” list. Hurrah! Ten bands/artists we hope will develop a substantial head of steam throughout 2018 and build on the promise of 2017.  It’s not about simply picking artists with big label backing and an eyewatering PR budget run with military precision, similarly, we’re not going to exclude anybody on that basis either, to do so would be churlish in excelsis.

So what’s our Modus Operandi? Well, without wanting to alienate anybody we’re not going to be looking at emails from PRs suggesting artists for our 2018 tip list. We feel the current culture of universal rim jobs for free passes and cookies isn’t particularly healthy and ultimately doesn’t do anybody any favours. An opinion surely only carries any sort of weight if it’s you’re own if it’s genuinely held and you aren’t simply acting as a supine ingratiator looking for a pat on the head.  There are of course many industry people with whom we enjoy a perfectly amicable relationship, but PR is their job, not ours.  And as we aren’t particularly in hock to advertisers, labels or PR’s this is our own list and we’ll choose it ourselves thank you very much.

So the only relevant consideration for us is –  do these artists excite us and do we think their music is worthy of greater attention?  That’s it really. If we like something we like it, there’s no hidden agenda, no overarching game plan, ultimately it’s a bit of fun rather than (which is unusual for blogs these days,) an exercise in unbridled narcissism. For example, we’re not going to come back in two years time engorged with pride blowing our own bent, battered yet remarkably still vaguely functional trumpet to the tune of “I hate to say I told you so*”  … (*one for the Paramore fans out there) and let’s face it if there is anybody who can predict the future, please do get in touch with us as a lottery win would be most agreeable after years of savage ideological and totally unnecessary austerity.

Another point to bear in mind is, do bands actually ‘break big’ anymore? Is that concept even a thing in 2017?  Even something that was once viewed as hugely significant such as heavy rotation on the radio doesn’t appear to carry the weight it once had. Bearing that in mind do new music blogs play much of a part in the whole process anymore? Indeed do people still care about new music in the face of the vastly profitable yet artistically stagnant “nostalgia industry?” We’re not so sure, but the fact that our most widely shared article this year was “Top Ten Festival Wellingtons That Look Like Liam Gallagher” and the realisation that the music industry seems to view new music as ‘a loss leader’ it does makes us wonder where pop culture is actually heading.   Perhaps we may address such weighty issues in a future blog post between stuffing our faces with mince pies, port and stilton pasties and Old Tom Ale over the forthcoming Christmas break. Lest we are consumed by festive gout.

So there will be bands on the list who do have big label backing and others who are more DIY. Over the years the list has taken on various incarnations from the rather silly scattergun approach of listing as many as 30 artists (what were we thinking? ) to reducing this number over the last few to a more manageable and eminently more sensible 10.  And by trimming the list our intention has always been to try and keep track of each artist during the forthcoming year. But sometimes life happens and it’s not always possible. Looking back at last year’s list our top five have had a very decent 2017 –  with Dream Wife, Pumarosa, Pink Kink, Julia Jacklin and Skott all making strides in the right direction – we, of course, take full credit ;)

And so next week we’ll list our “10 to listen out for in 2018,” but if you can’t be arsed waiting for that, and let’s face it, who likes waiting these days when instant gratification is but a mouse click away –  then you can tune into our VPME radio show on IWFM Radio from 6 pm this evening (Friday 24-11-207) and tweet us at @VonPip and we may just let slip who our number 1 tip is.  Très excitant eh  ?

You can tune in at 6pm here  – Link to IWFMRADIO

You can also support the station by becoming a supporter HERE 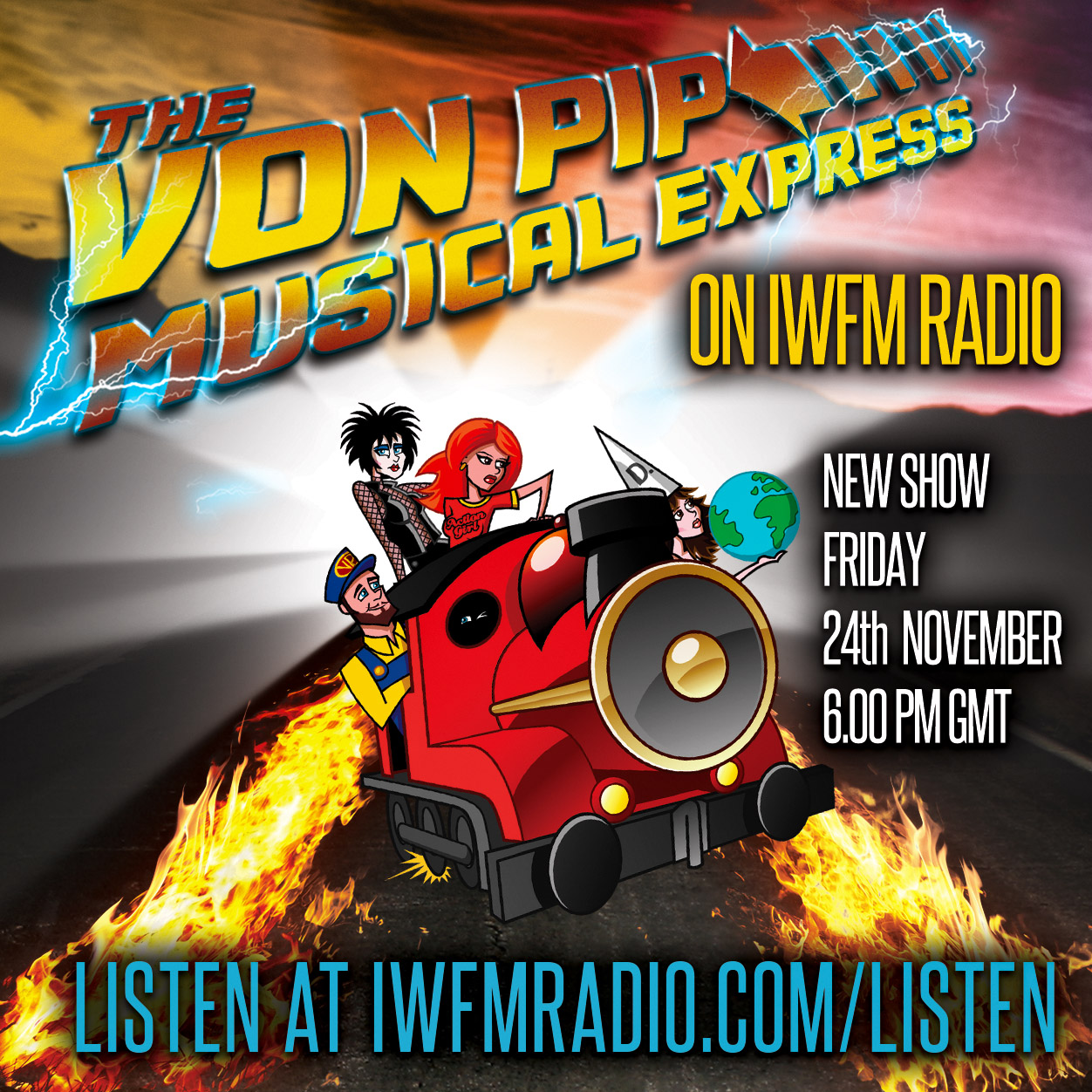