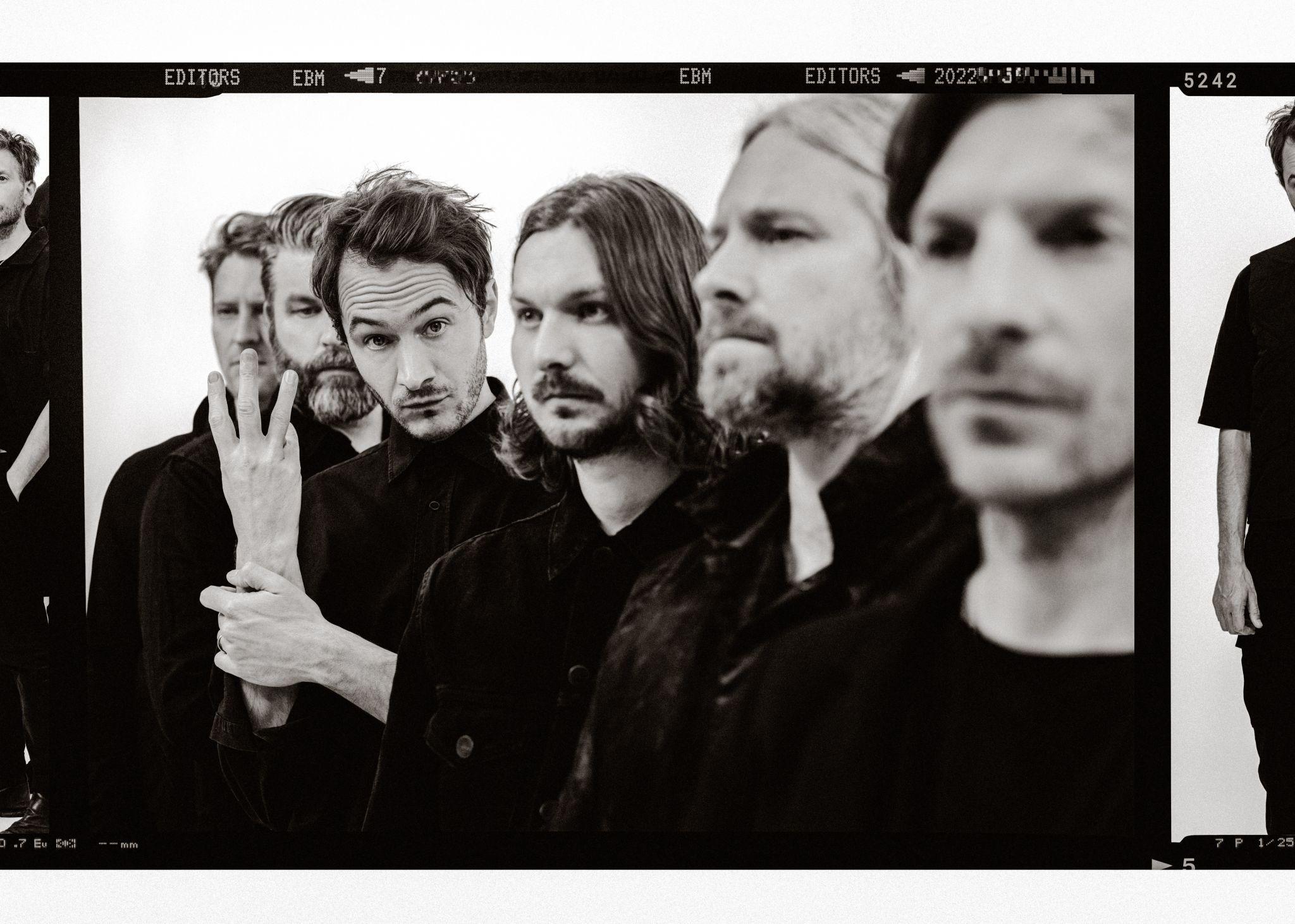 Editors  release their first new music since 2019 in the shape of their new single “Heart Attack.”  The single and striking video is the debut release in their latest incarnation, which sees Ivor Novello-winning composer and producer Benjamin John Power, aka Blanck Mass, joining the band as a full-time member.

“Heart Attack is a song of obsession, about losing yourself in someone, a love song, a morbid love song,” says  Tom Smith.

For the video, Editors have teamed up with pioneering director and visual artist Felix Geen, who used groundbreaking AI technology to create a vast, darkly psychedelic journey of a visual, as he explains:

“Typically, when I’m making a music video, I try to tune myself into the song and find the visual that resonates the loudest. More recently, I’ve been working with AI-generated art in my videos. It is a relatively new technology but its development is accelerating all the time. The full potential for it to completely revolutionise the visual creation process is yet to be seen. I currently think of working with the AI as a collaboration with a mad auteur who’s taken too much LSD. It is certainly quite interesting to be taken on a psychedelic journey by a computer who’s seen too much.”

Having previously collaborated with Editors, bringing additional production to their sixth album, Violence, Benjamin John Power joins Smith, Justin Lockey, Elliott Williams, Russell Leetch and Ed Lay. Speaking on the move, he explains: “Having worked with the band for coming up to five years now, joining Editors seemed more like a natural progression than a decision that had to be made. We know that we work well together, are on a similar page creatively, and are all very close friends. Being part of a ‘creative conglomerate’ is something that I haven’t experienced for a while now so to be part of something that works in that way again is both liberating and exciting in equal measures.”