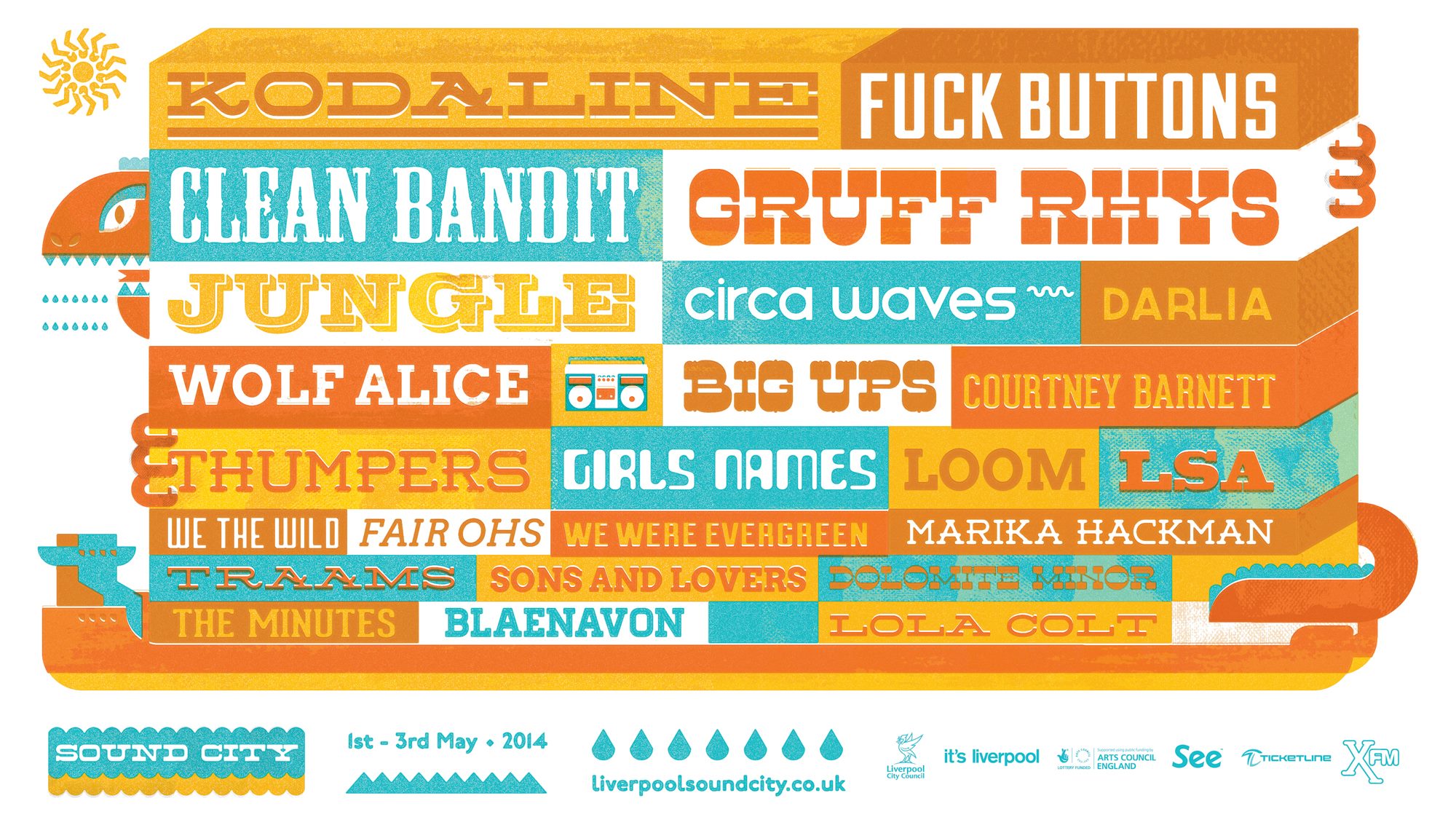 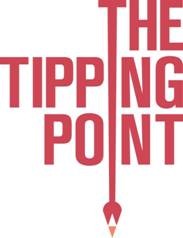 Also on Thursday 2nd May, Generator presents two panel sessions: ‘The Rise of the Influencer‘ and ‘Live Music in the Digital Age‘ with special industry guests.

Joe Frankland, Artist Development Manager at Generator says:
“We’re thrilled with this year’s Sound City plans. Two panel events will look at recent trends and burning industry questions and The Tipping Point showcase at Sound City is set to be a highlight of 2014. After last year’s packed showcase with Eliza and the Bear, we can’t wait to bring the best new artists in the North East (and Sheffield) to Liverpool for the first time.” 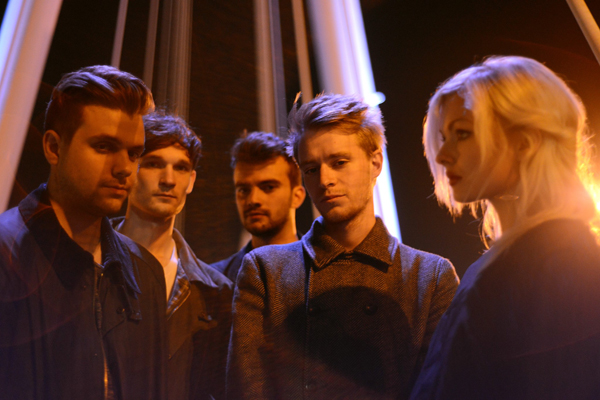 Blessa, in its current and definitive guise, formed through a long standing friendship between Olivia (vocals) and Alex (guitar). Studying English Literature in the Steel City they began to be influenced by prose, poetry and the physical world around them; rather than by their musical contemporaries. Lyrically drawing references from the New York School poets such as Frank O’Hara and John Ashbery, and taking musical inspiration from the binaries of darkness/light and open/closed spaces, they set on forging a new Sheffield sound with the now completed line up of Andy (drums), Rob (guitar) and Jake (bass). Following on from their debut single ‘Between Times’, the band release a new EP in June through Generator. 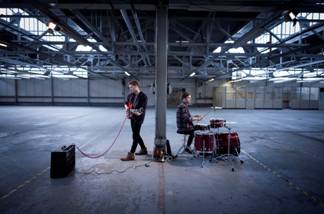 Survivors of the San Francisco mini 2012 earthquake, identical twin brothers, Daniel and Graeme Ross, have returned to Newcastle to release their new single Supercell. Having spent the past couple of years chasing dollar, storms, and musical inspiration across America, the Geordies have returned to the UK with their white hot screeching beats in tow. With support from Jen long (BBC Radio 1), Amazing Radio and BBC Radio 6, Supercell oozes with the same power and intensity that crowds found so entertaining in their state-side shows. 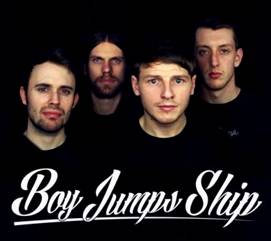 In early 2011 Boy Jumps Ship released their exuberant ‘Engines’ EP that received critical acclaim from esteemed press such as Kerrang! and Rock Sound. This was followed up with the Peter Miles (Futures, We Are The Ocean, Canterbury) produced ‘Be Good. Be Gracious’ EP that gained support from Radio 1’s Huw Stephens and Daniel P Carter, along with strong support from XFM and Kerrang! A UK tour followed allowing the band to hone their electrifying live show which has seen the band support We Are The Ocean, The Xcerts, Francesqa, Futureheads and Maximo Park to name but a few. 2013 saw Kerrang! highlight the band in the best emerging bands around the regions alongside Mallory Knox, Marmozets and Blitz Kids. Further touring followed including a main stage slot at Evolution Festival. The band recently signed to Italy’s Rude Records. 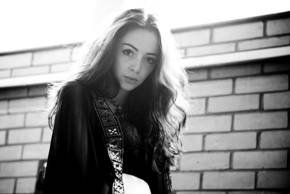 Newcastle born and bred Eva Stone is the ultimate contradiction of tender vulnerability combined with a powerhouse voice, with lyrics that cut to the bone and songs that say what you can’t. Fresh from European tours with George Ezra and Paulo Nutini, Eva makes her Sound City debut at Mello Mello. 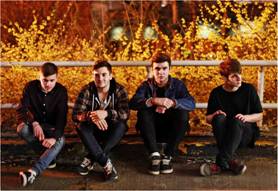 Alt-Pop four-piece Lisbon hail from the wonderful coastal town of Whitley Bay near Newcastle. The band’s first single release comes off the back of regional acclaim for free releases and last year’s Evolution Emerging festival. Produced by Jordan Riley at Newcaste’s Blast Studios, ‘Blue Love’ is swimming with ocean bed metaphors, used to describe the love affair of a couple: a powerful tune decorated with a catchy chorus. Lisbon have recently been compared to the likes of Little Comets and Foals, a rather magical combination. Unforgettable guitar riffs, captivating choruses, songs full of energy. ‘Blue Love’ is currently playlisted on BBC Radio 1.

Renowned for fast-tracking careers of artists and businesses, Generator invites industry guests to discuss the shifting artist management roles and the issues facing emerging artists looking to tour with panel events ‘The Rise of the Influencer’ and ‘Live Music in the Digital Age’, powered by The Gen, the must read fortnightly music industry newsletter.

The Rise of the Influencer

With social media speeding the democratisation of the music industry, it’s never been easier to garner word of mouth recommendation. As worthwhile as fan engagement is, being talked about sometimes feels like a drop in the ocean. To truly stand out, you need the advocacy of key blogs, DJs and other tastemakers.

This panel looks at the rise of online influencers – those who are active and popular online and whose advocacy drives action and not just awareness. Who are the new music influencers? How do you target them and what difference can they make? And how can this approach compliment real-world strategies?

Live Music in the Digital Age

The digital age has greatly changed the world of recorded music and how music fans consume and share music. While promoters are embracing social networking to push gigs, there’s an argument that the live sector is lagging behind others in embracing digital technologies. Is the relationship between artist, promoter and the audience outdated? How can the live sector use collect, analyse and share data more effectively? And can more be done to attract new audiences to gigs and to better engage with fans?

This panel takes a look at digital tools and platforms that can be used to improve the experience for all involved.

Panels and showcase events are for Wristband and Delegate Pass-holders only.
Links:

For more information, and to purchase your pass, see www.liverpoolsoundcity.co.uk

Get your daily fix of new music at www.tipping-point.co.uk