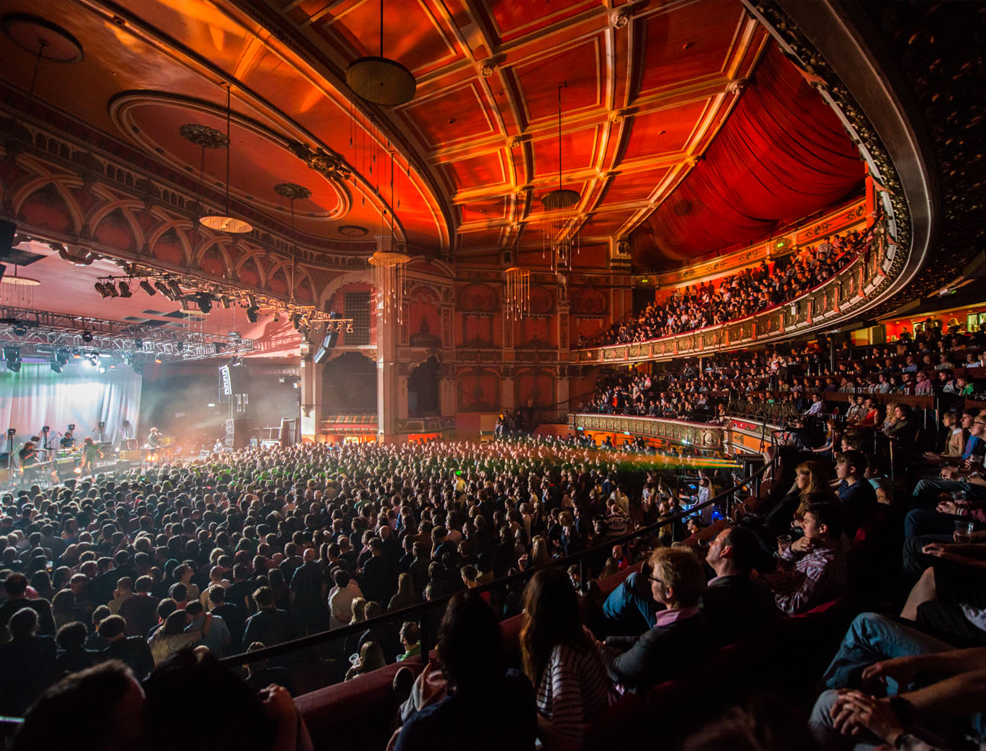 Now in it’s 12th year Liverpool Music Week will base itself around the Arts Club venue in Liverpool City Centre, long a hub for music under various guises over the years. It will also feature a run of shows at two stunning Grade II listed buildings in the shape of  Liverpool Dome and Grand Central Hall, as well as festival headliner John Carpenter playing in the equally impressive surroundings of the Liverpool Olympia ballroom.

Liverpool Music Week founder and director, Mike Deane, said: “We are so thrilled to be bringing such an iconic international artist to the city in John Carpenter as this year’s headliner in one of Liverpool’s most iconic and stunning venue spaces. The reaction to the announcement has been phenomenal, and we expect this to go down as one of the festival’s most legendary nights since our first, in 2003.

“We’re also very pleased to announce the first round of this year’s local bands – two of the most exciting breakthrough acts –  nationally-prominent Clean Cut Kid and She Drew the Gun, who are both fresh from triumphant and significant Glastonbury weekends, and will each curate their own nights at this year’s LMW. “

“As always, LMW will aim to strike balance of highlighting the best and most creative local artists, alongside an inventive programme of the most exciting national & international touring acts all with the backdrop of a mixture of our favourite, most iconic and many underused city spaces.

“Liverpool is buzzing right now, and this announcement is just the tip of the iceberg. It’s set to be a very exciting year.” 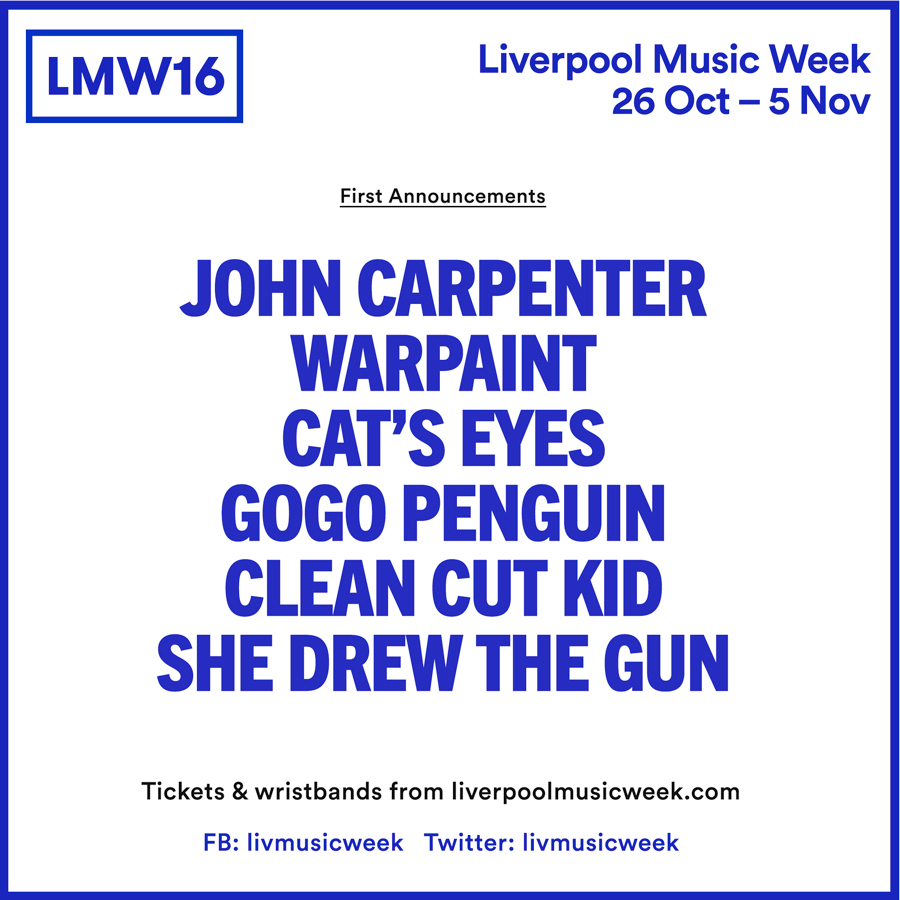 This year also sees the launch of a limited number of LMW16 Wristbands that allow entry to all of this year’s shows for just £50, on sale now fromwww.liverpoolmusicweek.com

In an incredible coup for the festival this year legendary director and composer John Carpenter (The Master of Horror) will headline this year’s proceedings in the perfect settings of Liverpool Olympia on Friday 28th October, performing his film scores and original compositions as part of his first ever UK live headline tour. Carpenter scored rave reviews with his festival debut at Primavera Sound in Barcelona at the start of this month & has since taken his live show across the US.

Taking to the stage at Leaf on Thursday 3rd November, Cat’s Eyes are a duo formed by Rachel Zeffira, an Italian-Canadian opera soprano and classical multi-instrumentalist based in London, and Faris Badwan, the singer from British psychedelic-rockers The Horrors. Their new album ‘Treasure House’ is out now on Rough Trade Records.

Hailing from Manchester, Mercury Prize Album of the Year winning acoustic-electronica trio GoGo Penguin draw on a heady brew of influences: from Brian Eno, John Cage, Massive Attack and Aphex Twin to Manchester’s grey rain-streaked urban streets, they create a brave new sound that is wholly their own and has seen them hailed as the most exciting new band to emerge from the UK in years. Their Blue Note Records debut album Man Made Object was released worldwide earlier this year. Catch them at Arts Club in The Theatre on Tuesday 1st November.

Liverpool locals Clean Cut Kid are enjoying a meteoric rise to success following their recent signing to Babe Magnet Records/Polydor and a summer spent playing a colossal 29 festivals. The Liverpool four-piece barely pause for breath before they get back in the tour van and head out on a 10 date nationwide tour this October, headlining Arts Club on Saturday 29th October as part of #LMW16 festivities.

Last but not least at Leaf on 30th October, The Wirral’s She Drew The Gun join the bevy of local artists flying the flag for the region following their debut album Memories of The Future recently released on The Coral’s own Skeleton Key Records. Fronted by songwriter Louisa Roach they offer dreamy psych-pop from the banks of the Mersey and were recently crowned winners of the Glastonbury 2016 Emerging Talent Competition.

Further details and additions to the line-up will be revealed over the coming weeks and months.