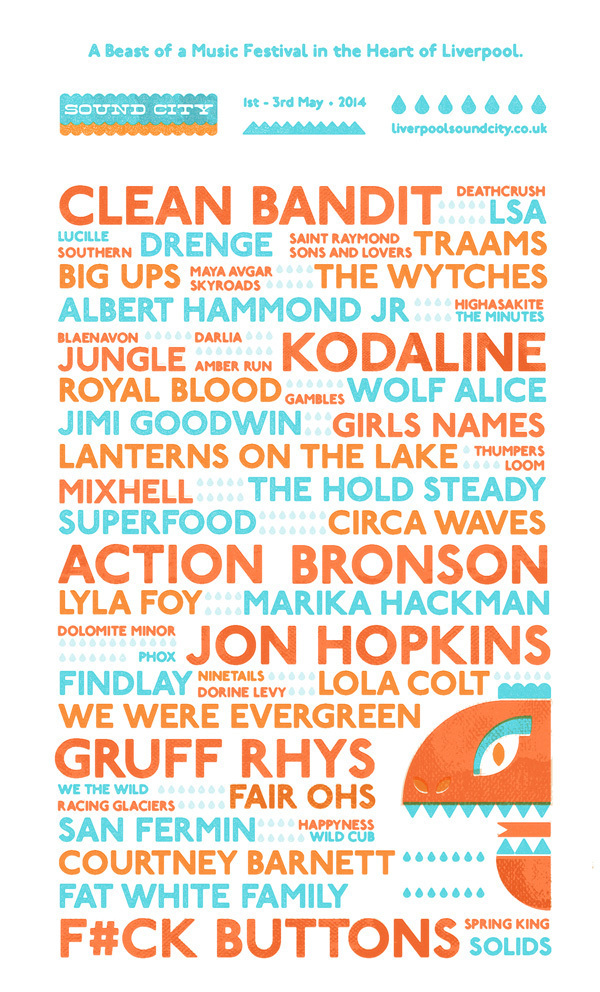 Liverpool Sound City’s core ethos is to bring music fans the best new emerging talent in music today, the second live announcement also features a host of breakthrough artists including Drenge, Mixhell, Royal Blood, The Wytches, Fat White Family, Superfood, San Farmin, and Lyla Foy and many more who will play across the city centre between 1-3 May 2014.

Good to see Lyla and The Wytches on there as alongside the likes of Findlay and Wolf Alice, Lola Colt and Spring King who are also on the bill they are all artists we’ve previously tipped for big things.

For the complete Sound City experience, pick up a conference & live festival pass here, allowing full access to the Liverpool Sound City Conference which includes interviews and Q&A sessions with John Cale (The Velvet Underground), Thurston Moore (Sonic Youth), Rick Parry (Former Liverpool FC CEO) and many more to be announced. At night your pass will grant you EXCLUSIVE ACCESS to our 3 day live music festival, access to our private delegates bar and late night parties.