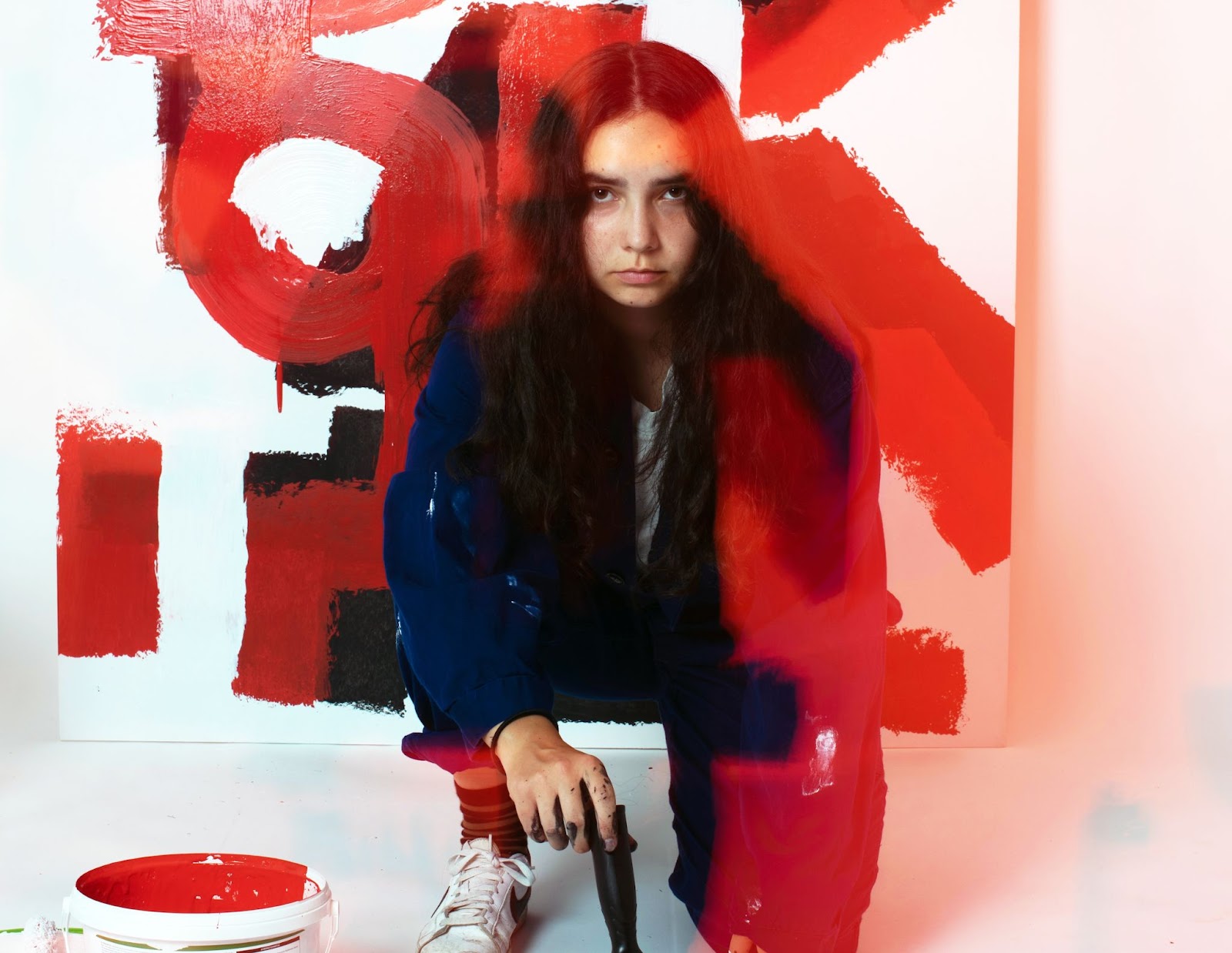 Francis of Delirium is about to begin their first-ever North American tour supporting The Districts this spring. Ahead of the tour, the band is sharing their new single, ‘The Funhouse’, along with a fittingly disconcerting self-directed video. Jana Bahrich, lead singer/songwriter and mastermind behind everything Francis of Delirium, went deep with Consequences’ Origins for the new blistering track, delving into some of the influences behind her new music; from Czech film to NEU! and more.

On the new single, Bahrich depicts the chaos of life in 2022 in a way unlike she’s ever done before, attributing it with a hallucinogenic and dystopian quality. A keen artist – Bahrich paints, graffities, animates, and practices Claymation – she took inspiration from Haruki Murakami’s “Kafka on the Shore” and Chaim Soutine’s palette in his painting “Carcass of Beef ” when creating this surreal new work.

Speaking about the single, she said: “The Funhouse is largely about how we are adapting to the chaos that is present in our everyday lives. The way it can feel that the world is crashing down around us and in order to protect ourselves, we become numb to the sheer terror of it all.

“Sort of like walking through a funhouse and attempting to remain unphased by the mayhem that surrounds you.”

The accompanying self-directed video portrays the absurd mix of panic and apathy that this chaos inspires. ‘The Funhouse’ was mixed by Jolyon Thomas (Royal Blood, Slaves) and mastered by Joe Lambert (Sharon Van Etten, Deerhunter) The band’s tour dates are listed below.

20-year-old Jana Bahrich (Francis of Delirium) first emerged back in early 2020 with the anthemic ‘Quit Fucking Around’. This fervent lyrical quality along with the way she blends 90s grunge and present-day alt-pop, think Caroline Polachek and Charli XCX, has taken the Luxembourg-based artist’s music far beyond its place of origin. Signed to Dalliance Recordings (Gia Margaret, Wilsen, HighSchool), her two EPs, ‘All Change’ and ‘Wading’, along with most recent singles, ‘Come Out of Play’ and ‘All Love’, has seen her win praise from Stereogum, The FADER, Paste, Pitchfork, The Line of Best Fit, Clash, 6Music, Radio 1, KEXP and NPR, to name a few. She also completed her first UK headline tour in October last year.