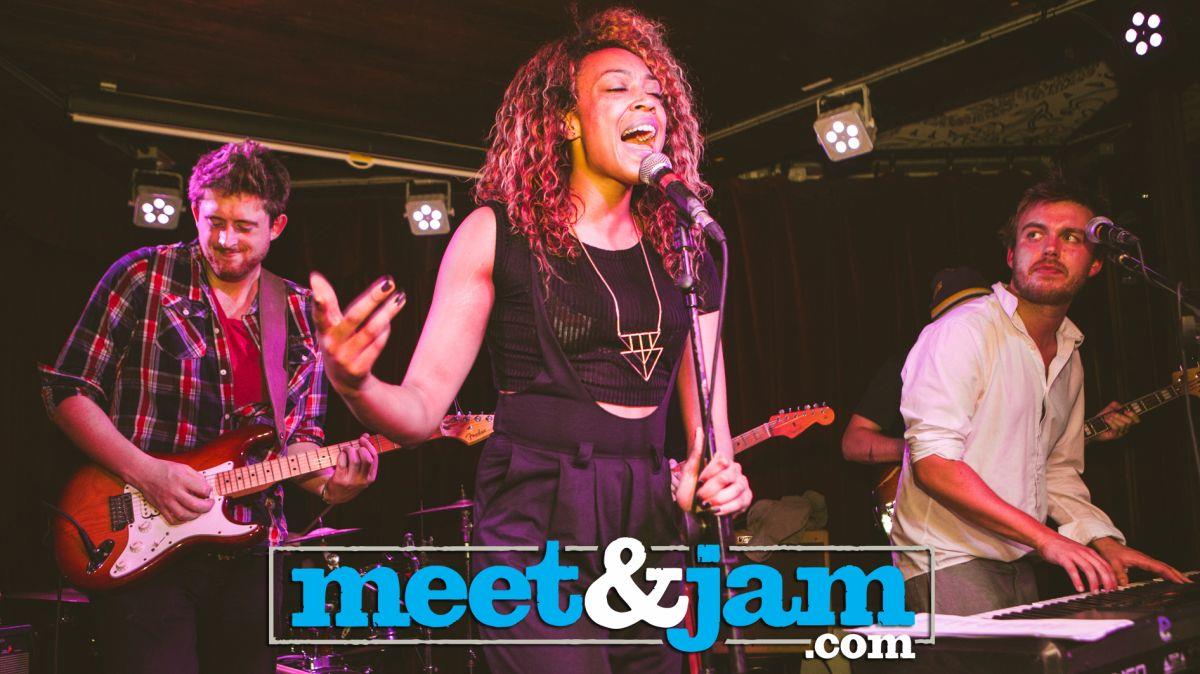 Meet & Jam, the home of musicians, has launched a series of UK-wide Jam Nights, culminating in a
grand finale at The 100 Club in London.

They are  on the hunt for the best jamming musicians and three best original acts in the UK. We’ll be
putting on Nights in Leeds, Bristol, Manchester, Liverpool, London, Newcastle, Oxford and Bath – with
more on the way.
Liverpool: Studio 2, 33-45 Parr Street, 7.30pm on FRIDAY 13th NOV.
Manchester: Soup Kitchen, 31-33 Spear Street, 7:30pm on THURSDAY 26TH NOV.

The call is going out for musicians of every instrument and every genre – vocalists, guitarists,
drummers, trombonists, accordionists – funk, hip hop, rock and jazz. The best of which will meet and
jam at The 100 Club on 21st January 2016 at an industry packed event. Three original acts will play at each of the 15 nights between now and December and the very best three will play at the grand finale in front of top Island Records A&Rs and PRS Chairman Guy Fletcher OBE, with big prizes on hand for the winner.

Meet & Jam has quite simply reinvented the Jam Night, with carefully curated set lists and some jawdropping
musicianship. But the nights are also incredibly friendly and a great way to connect and network with other musicians.

There’s a full list of the Nights from August to December 2015 at meetandjam.com/nights  where all
musicians and original acts can apply to play.