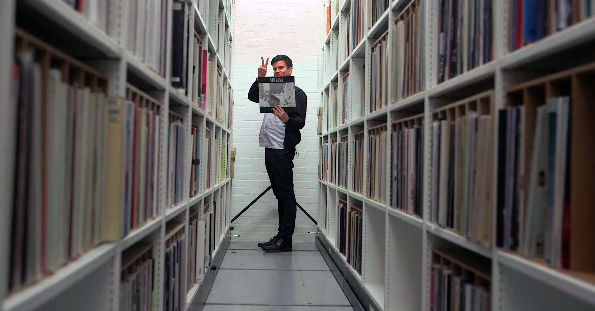 To celebrate the recent launch of Noisey’s new music platform ‘You Need To Hear This’, we’ve made a trilogy of short films exploring the resurgence of vinyl, tape and radio amongst young people today.

‘A Short Film About Vinyl’ is the final in the YNTHT series, featuring BBC 6 Music Presenter Tom Ravenscroft and DJ Thristian Richards as they investigate how vinyl sales are still increasing despite the omnipresence of digital media.

Taking a tour of the sprawling vinyl archives of the British Library basement, Ravenscroft explains this is where we’d find him in the unlikely event of a nuclear war. He also picks out a few favourites, including the glow in the dark 12″ of the Ghostbuster’s theme tune.

Meanwhile, Richards explains how, despite never being into vinyl in his younger years, he “caught the bug of wanting to hold that piece of wax” after working with the legendary Gilles Peterson.

Celebrating the culture of independently owned record stores, ‘A Short Film About Vinyl’ also celebrates the on-going success of ‘Record Store Day’, an event attracting hoards of music lovers the world over and proving that the novelty of vinyl has never worn off.