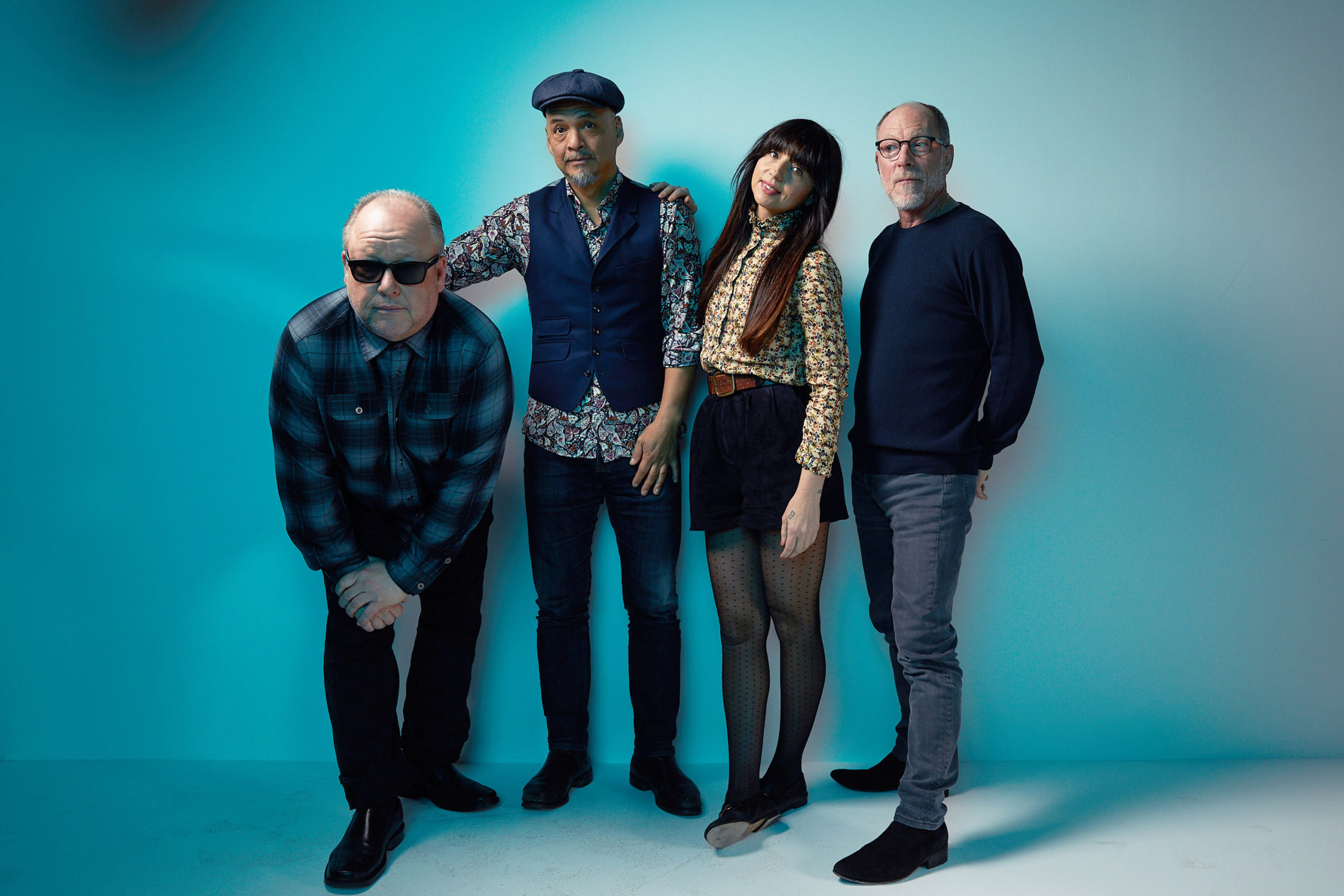 AND WILL OPEN THE BBC 6 MUSIC FESTIVAL IN CARDIFF, WALES ON APRIL 1ST

Pixies – Black Francis, Joey Santiago, David Lovering, and Paz Lenchantin – today announce ‘Human Crime’, a brand new digital-exclusive single and music video – and their first new release since September 2020 – both set for release on Wednesday, March 2 (Infectious/BMG).  Written by Charles Thompson, the track was produced and mixed by Tom Dalgety and recorded in Los Angeles in the Autumn of 2021.

Directed by Pixies’ Paz Lenchantin and filmed in the Los Angeles area at the San Pedro abandoned bunkers and Santa Monica’s Gold Diggers Bar, the ‘Human Crime’ music video gives the viewer a glimpse into a netherworld of fairies, situated just around that next corner, parallel to our dimension, rarely seen or experienced.  As Lenchantin said, “The storyline is loosely based on an inside joke between Charles and me about going on tour.  How we go through a door from our reality state into the altered state of becoming and being a Pixie.”

After what had to be the longest stretch of time not touring since their 2004 reunion – courtesy of COVID – Pixies are getting ready to hit the road for the first time in more than two years.   The band will kick off with a handful of sold-out, western U.S. warm-up dates, and then headline the Vive Latino 2022 festival in Mexico City before heading to the U.K. and Europe. In addition, Pixies will open the BBC 6 Music Festival on Friday, April 1st at The Great Hall in Cardiff, marking the first time the band has performed in the U.K. since 2019.

For those who cannot make it to the show, Pixies’ performance will be broadcast live, worldwide on BBC Radio 6 via TuneIn, and on BBC TV (in the U.K. only) on the BBC Red Button through iPlayer.

As is the band’s norm, Pixies will draw from some 100 well-rehearsed songs from their extensive catalogue (and possibly a surprise or two) to play whatever they want, whenever they want, in whatever order they want.  Indeed, no two Pixies sets are ever alike.  Confirmed 2022 Pixies dates are as follows, and tickets for all dates can be purchased HERE