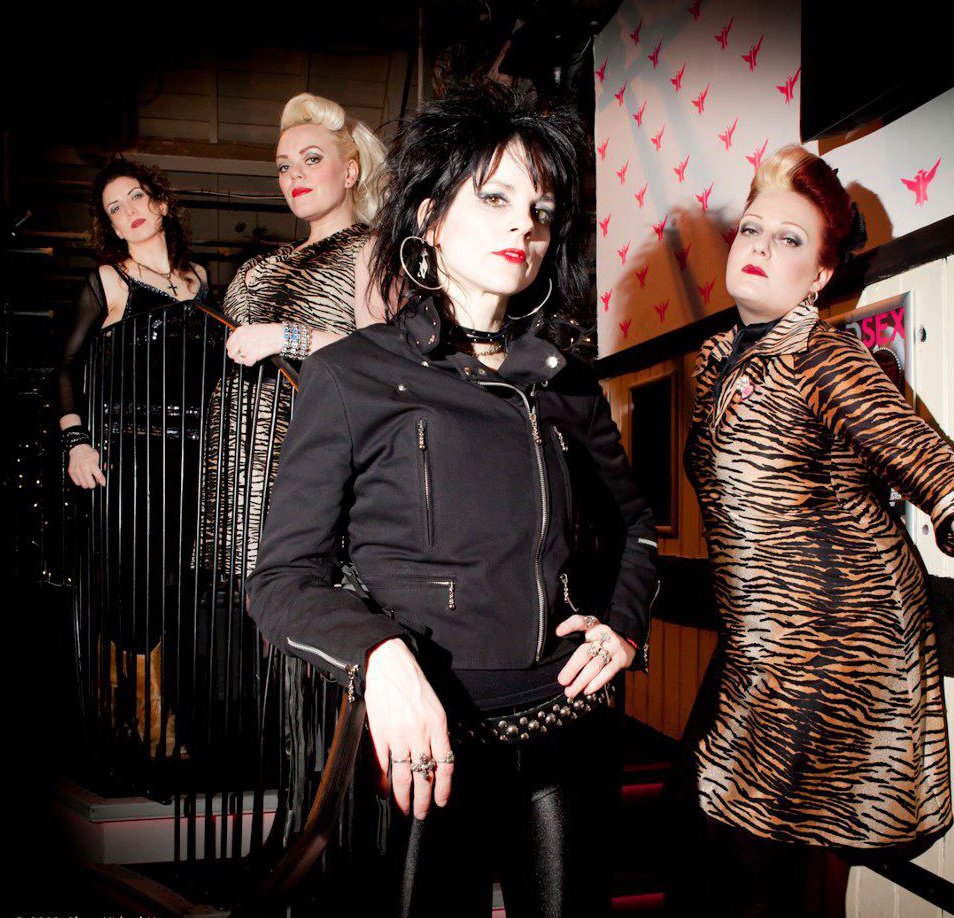 The festive season is about to get into full swing and this year the Von Pip Musical Express is hoping to get things off with a bang by virtue of helping launch a new club night in London with a festive theme.  The After School Music club kicks off with a special Christmas themed show to celebrate the release of “Festivus 2” the second seasonal compilation of Highline Records, at Brixton’s Jamm.  The line up features, Dodgy’s Nigel Clarke, The Priscillas, Ulysses, Darling Boy, with a DJ set from XFM’s Hattie Pearson and you can get your tickets HERE, when the ASMC show finishes there’s also a DJ set from The Vaccines.

Of course, Christmas they say, is a time of giving and one of the artists on the bill The Priscillas, know all about that (just ask bassist Heidi Heelz) Indeed they are a band who are guaranteed to serve up a Christmas cracker with their incendiary live performances becoming the stuff of legend.  Mixing girls group harmonies, speed ball punk and the dissolute gutter glam of the New York Dolls, The Priscillas, like Santa never fail to deliver and often take to the stage wearing outfits that have included donning Superhero outfits, Doctors and nurses and Pirates.  In the past, they’ve supported the likes of The Cramps, The Damned, Art Brut, The Subways, The Rezillos, and bizarrely were once supported by James Blunt.

They’ve also recently scored the theme song for a new sci-fi comedy film called The Search For Simon, by Martin Gooch, which also features a cameo from singer Jenny Drag.  The film has garnered acclaim from the likes of Michael Palin and Paul Greengrass, and has been screened at festivals worldwide.  The girls plan to record and release a new album in 2014.  In the meantime check out “All The Way To Holloway” which certainly has an air of Joan Jett meets The Long Blondes and therefore by definition is ACE!