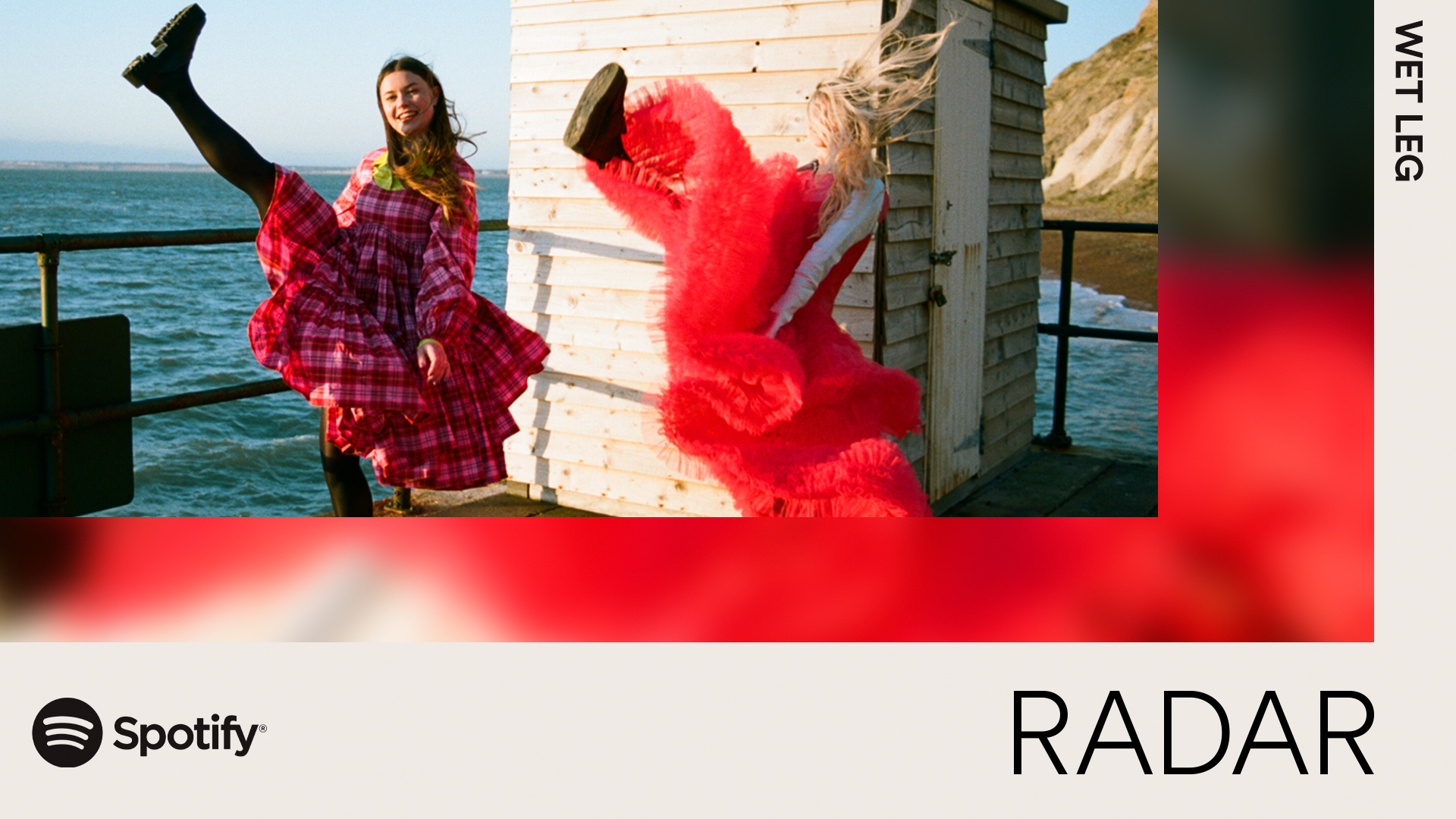 Spotify’s global emerging artist programme RADAR announced its latest UK artist partnership with Wet Leg today. To celebrate the new partnership, Spotify and Wet Leg have collaborated on a mini video series Searching for Mop Man, which will roll out over the course of the campaign for fans to tune into and get new snippets with the duo in the lead-up to Wet Leg’s album launch.

The mockumentary video series showcases the pair’s deadpan humour which fans have fallen for in their lyrics, and sees Rhian and Hester calling it a day as a band in order to be able to follow their “one true calling” of devoting their lives to Mop Man (a mythical being from the Isle of Wight). You can see the first episode on Instagram here.

In episode one, the origins of the mysterious Mop Man are revealed alongside an interview with the girls’ ex-best friend (no prizes for guessing the cause of the friendship breakup), as well as Mop Man’s less-than-desirable dating app etiquette. Later episodes witness an interview with the furious director of Oh No, whose creative vision the girls have obliterated with their obsession, as well as the girls’ trip to visit a real-life Mop Man expert and more…

Episode one is out now on Spotify’s RADAR: First Listen playlist with new episodes following weekly.

Wet Leg burst onto the scene in 2021: making their first waves from out of nowhere, their breakout track “Chaise Longue” turned heads with its Mean Girls-inspired lyrics and the video’s cottage core vibes, and already has over 10m streams on Spotify. They followed up this success with more attention-grabbing tracks like “Wet Dream” with over 6m streams and “Too Late Now” with over 3m streams.

Wet Leg have a captive audience of over 1.1M monthly listeners on Spotify, with placements on more than 100K users playlists around the world and their top cities by listenership outside of London being Sydney, Melbourne, Brisbane and LA. (So it seems that the Australians are fans of their offbeat humour!)

RADAR is Spotify’s flagship artist development programme launched in March 2020 and represents Spotify’s global commitment to emerging artists. It leverages the power of Spotify on platform and in culture to support them in all stages of their development, spanning all genres and deepening the connection to their audiences.

All artists on the RADAR programme enjoy 12 months of support and development where Spotify works closely with the selected emerging artists and their teams to get their music heard and deepen connections with their fans and audiences. Wet Leg join the line-up of UK RADAR artists like PinkPantheress, Central Cee, Joy Crookes, and Griff.

Wet Leg said, “Who would have thunk it, that we’d be one of Spotify’s UK radar artists. Wow – let’s party like it’s 1999. Thank you for your support big time. wetties x.”

Tom Connaughton, Managing Director, Spotify UK/IE said, “The level of excitement and energy around Wet Leg is a really special thing, and not at all surprising given their originality and off-beat vibes. Everything they turn their hand to has its own quirk and flair – as you can see with Searching for Mop Man! We’re confident that the RADAR programme of support we put together with them will be no different, giving them a chance to continue to showcase what makes them so compelling to their fans as well as those discovering them for the first time.