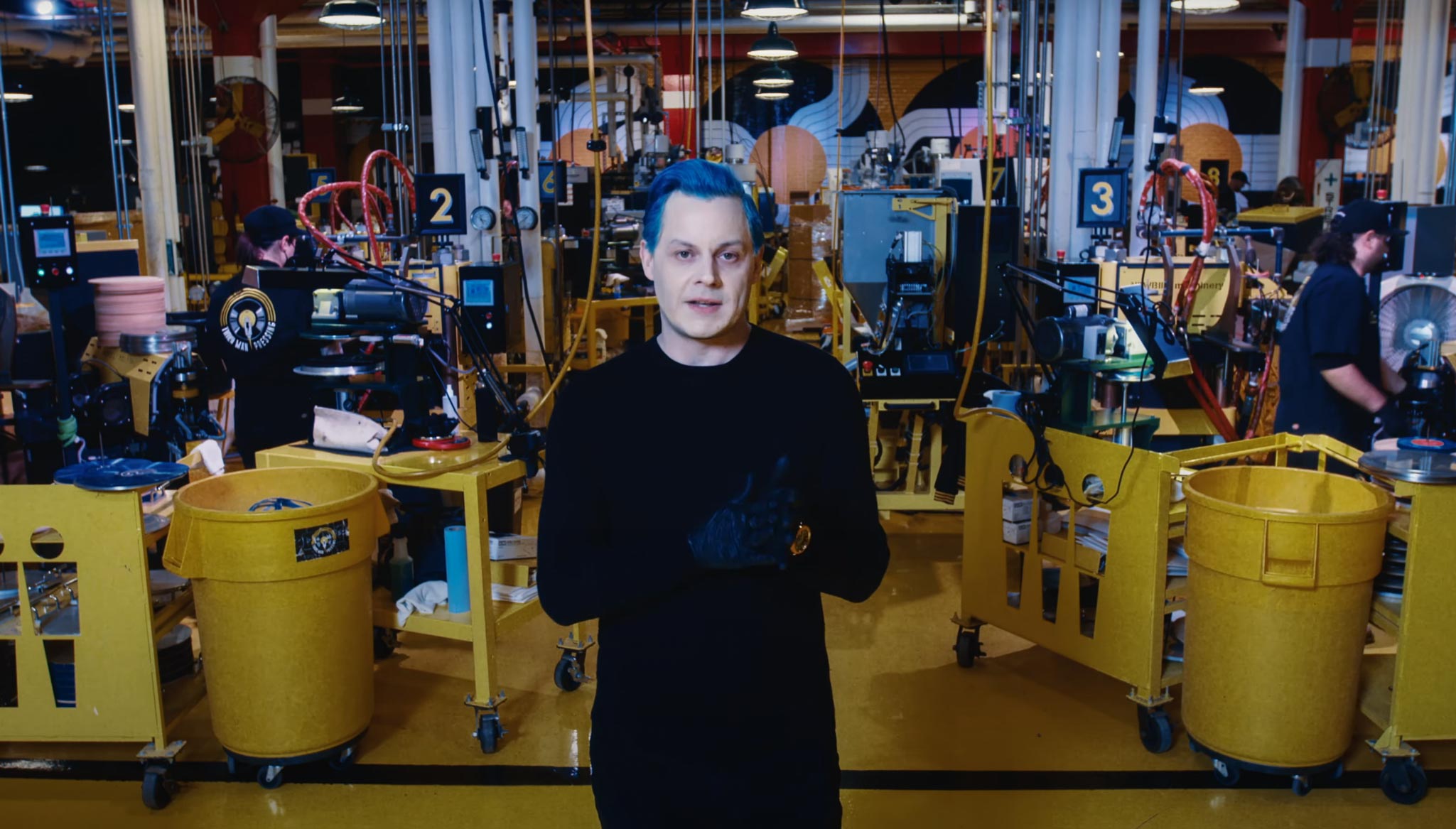 Jack White has called upon major labels to build their own vinyl record pressing plants in light of recent supply chain issues and manufacturing bottlenecks.

“At least once a week, without fail, someone will reach out asking me to help expedite their vinyl record manufacturing. It’s a natural thought… knowing that I own a pressing plant and have my own record label, “if anyone could help, it’s this guy!”

With industry-wide turnaround times for vinyl currently leaning towards the length of a human pregnancy, it’s obvious, in a world so contingent on being of-the-moment and timed just right (a single, an album, a tour etc.), these timelines are the killers of momentum, soul, artistic expression, and far too often, livelihoods.

I’ve done everything within my power to help. Third Man Records began a concentrated focus on vinyl in 2009 with hopes of exposing its wider potential to the farthest reaches of the music industry. In 2017 I furthered my commitment by opening Third Man Pressing… a plant which has always been open to anyone and everyone who walks in the door and wants to press a record, from bedroom hip hop artists to field recording documentarians. And in the last year, I’ve doubled down and invested in even more record presses, more employees to run them, and more shifts to try and accommodate the insane growing demand for vinyl product. There are people who will say – isn’t this good for Third Man? More demand than you can handle? To which I say, even though Third Man benefits in the short term, in the long term it ultimately hurts everyone involved in the vinyl ecosystem given the bottlenecks and delays. Something needs to be done. While the entirety of vinyl investment and framework in the past decade has originated from independent companies and investors, the bigger problems we now see require major solutions. In this spirit, I turn to our collegial big brothers in the music world, Sony, Universal, and Warner, and politely implore them to help alleviate this unfortunate backlog and start dedicating resources to build pressing plants themselves.
To be clear, the issue is not big labels versus small labels, it’s not independent versus mainstream, it’s not even punk versus pop. The issue is, simply, we have ALL created an environment where the unprecedented demand for vinyl records cannot keep up with the rudimentary supply of them.
Across the globe, there are now a handful of NEW companies, building both automated and manual vinyl presses. It’s easier to purchase a vinyl press now than it has been in four decades. And with more ancillary innovators popping up every day helping advance every facet of the industry, this isn’t a difficult decision to make. It’s a no-brainer.
We’re all on the same team with the same goals. I truly believe that with a good-faith investment in the infrastructure that got us here, we can continue on this upward trajectory and further inspire the worlds around us. Now is the time. Thank you. Jack White III”