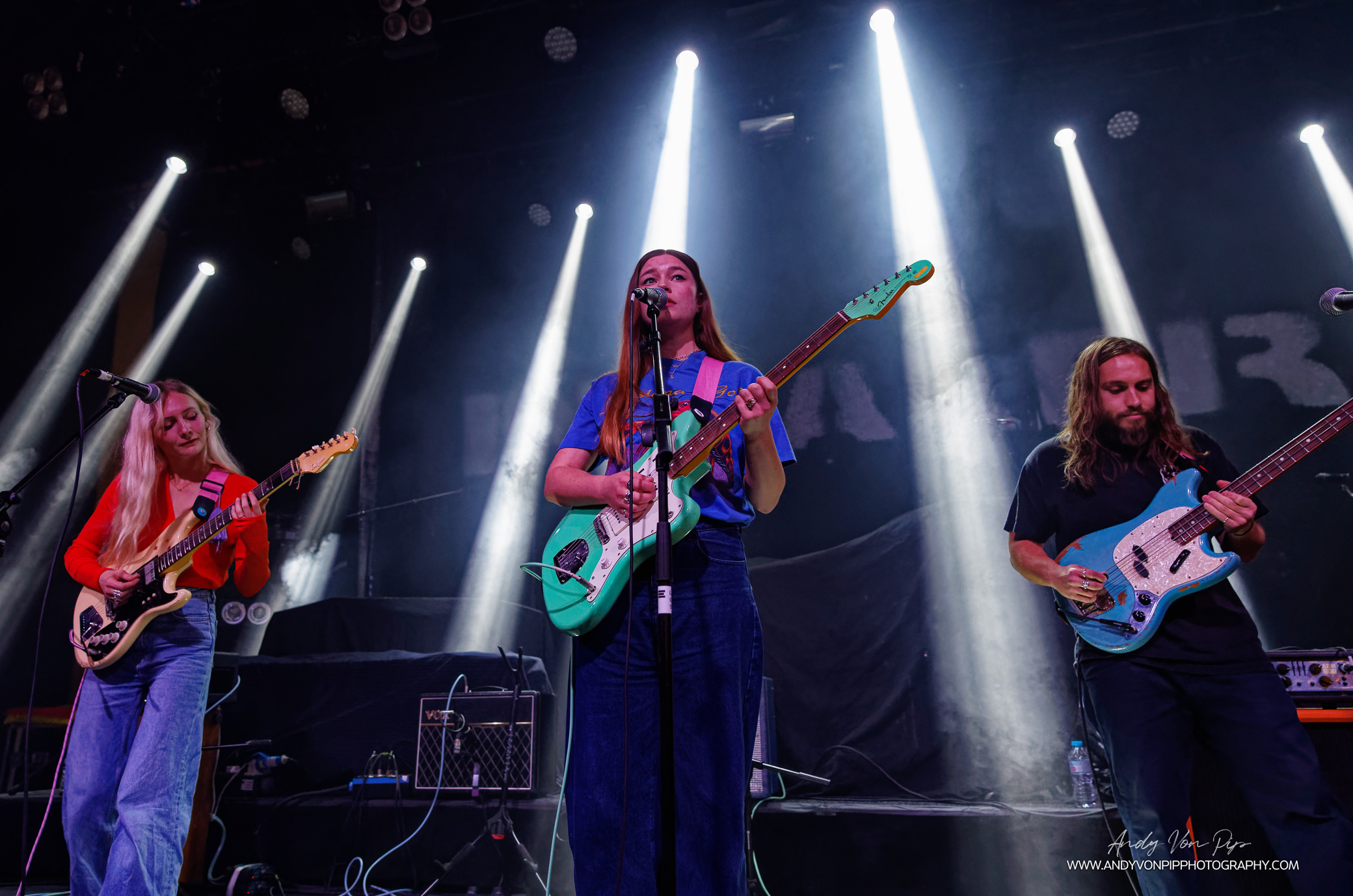 Wet Leg are currently touring the USA ahead of the release of their self-titled debut album. The band created and fronted by Isle Of Wight musicians Rhian Teasdale and Hester Chambers recently appeared on The Jimmy Fallon show and you can watch them performing the previous singles “Chaise Longue” and “Wet Dream ” below.

Not sure who the drummer is here, ( regular drummer Henry is indisposed )possibly a TV studio session player who does a fine stand-in job And a much better fit than when The Jesus and Mary Chain made their U.S. television debut on Letterman in 1992 to perform “Far Gone And Out.” The band were gifted a TV studio session bass player who would have looked more at home in Level 42 – Watch that moment HERE

Their debut album Wet Leg was recorded and produced in the main by Speedy Wunderground’s Dan Carey. Rhian says of the process: “It was such a beautiful and homely studio, with no glass separating us. We didn’t have much studio recording experience, but we immediately felt at ease at Dan’s.” The album was mostly recorded in April 2021, meaning they had a finished album before the world had even heard “Chaise Longue” or played live. “I guess how it happened was unconventional,” admits Hester. Rhian speculates: “Not many new bands get the opportunity to cocoon themselves in the studio without the noise and opinions of the outside world.” “It felt like a weird social experiment” jokes Hester.

Wet Leg, the album, is sad music for party people, and party music for sad people. The main focus was always ‘good-times-all-the-time’ right from the start. Whilst the album is for the most part a representation of that sensibility, a dry and often dark sense of humour ripples through. It is cathartic and joyful and punk and scuzzy and above all, it’s fun.