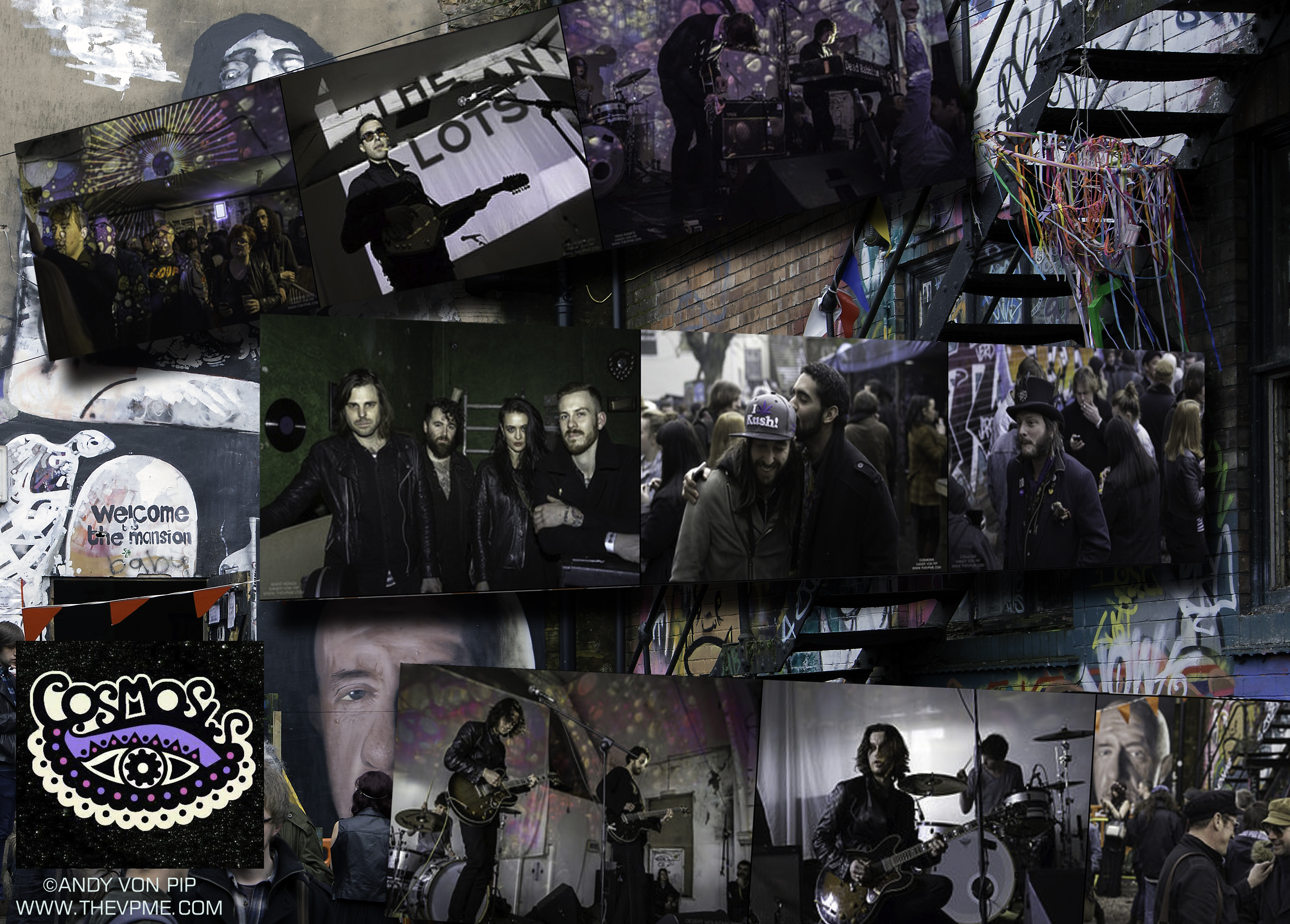 Instead of a band by band review of the Manchester’s Cosmosis  Festival Of Psychedelic Music & Arts we thought we’d keep it short and mainly pictorial.  This is due in no small part to the fact that the specified set times bore no relation to the reality, and if you factor in the fact that bands were randomly shifted to different stages with no warning, we soon reached a point whereby we had no clue who we were watching!  It was a chaotic, bizarre, good-natured, frustrating and an occasionally brilliant event.  You certainly couldn’t fault the promoters’ ambition, enthusiasm or the fact that they managed to pull together such a great line up.  However, in retrospect, despite the venue’s ramshackle charm, which at times was reminiscent of the Addams Family Mansion being invaded by Ken Kesey and his Merry Pranksters, the truth was it’s layout simply wasn’t ideally suited to host such a busy event.  The number of bands on the bill, the quick turnaround times required at these sorts of micro festivals and the amount of punters commuting between the two indoor stages via one main staircase, (even more problematic as this was where the main toilets were situated), all contributed to our sense of bewilderment. 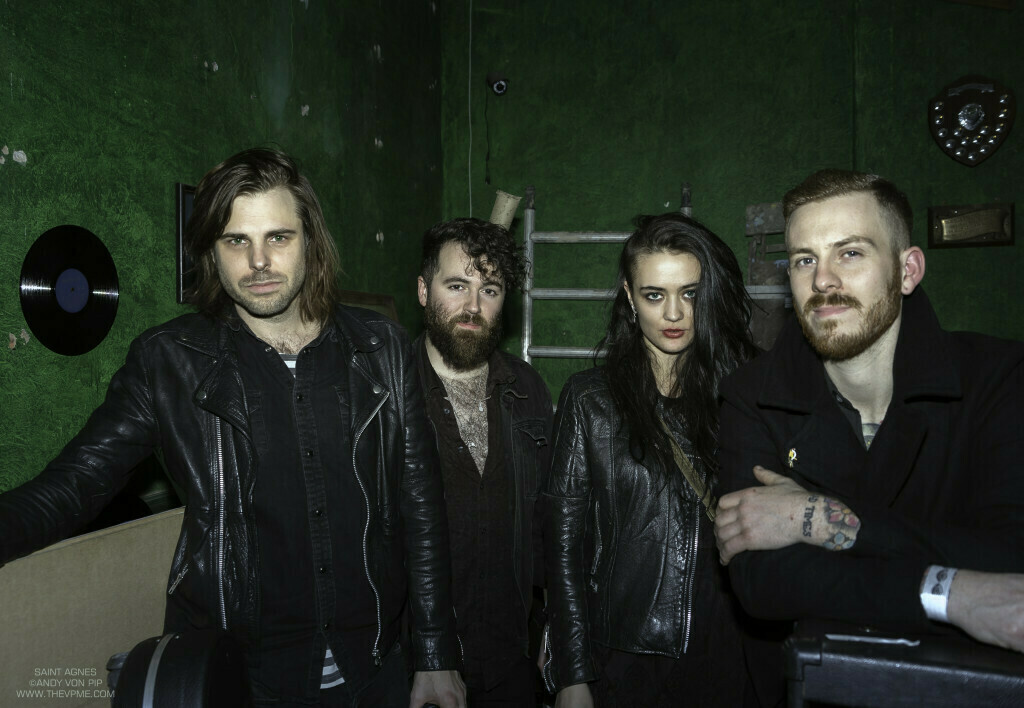 On the positive side, our highlights were Desert Mountain Tribe triumphing in the face of adversity after technical issues saw them begin their set playing purely instrumental songs.  They later told us these were just improvised jams to keep the crowd entertained whilst a new vox mic was organised by the crew!  With and without vox the trio were hugely impressive.  We finally managed to see Saint Agnes live and were suitably shaken and stirred, (we’ll have an interview with them next week.)  Enemies Eyes and Dead Rabbits also made indelible marks on our ears and there was certainly a low bell-end count (excluding us) which contributed to the uber friendly vibe and the visual aspect was very  impressive 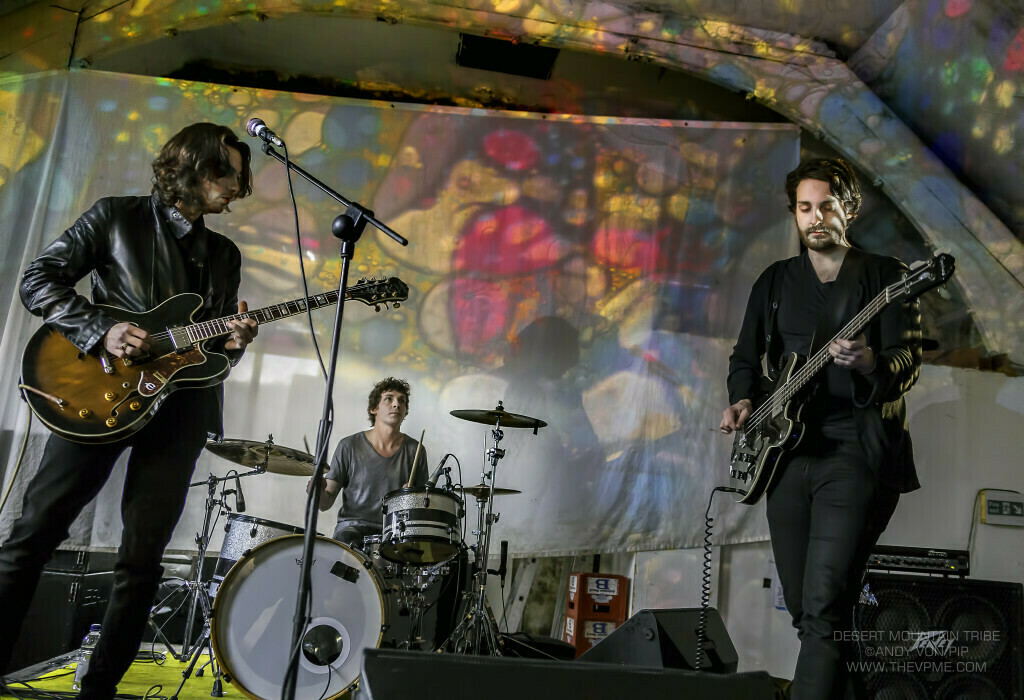 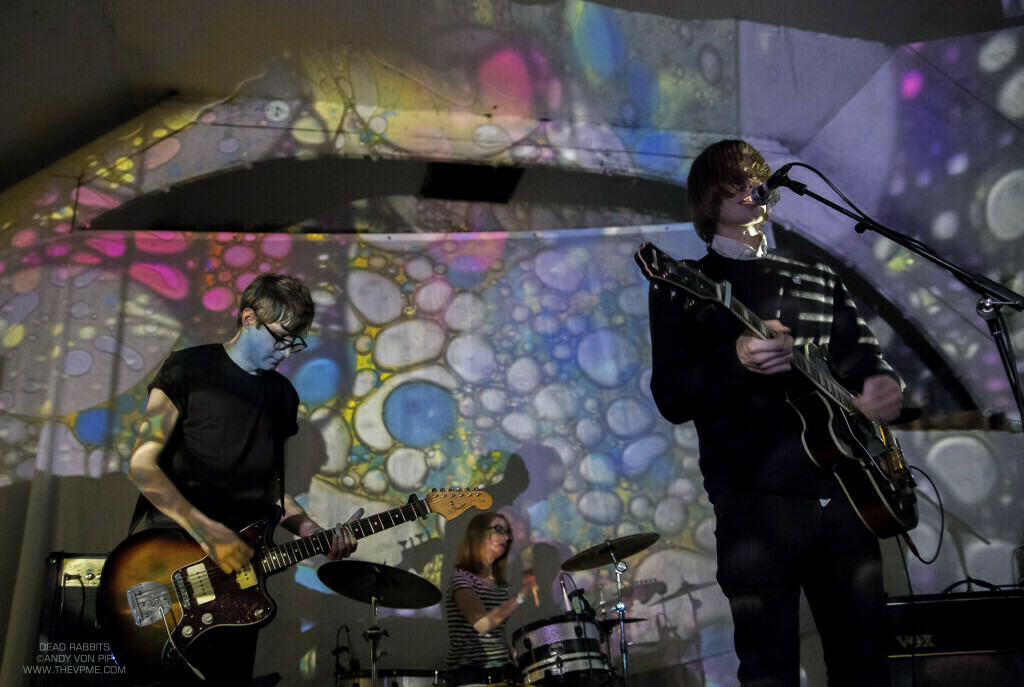 The lows, well the tech issues were undoubtedly a source of frustration for everybody concerned as was the log jammed staircase, and the lack of communication about what on earth was actually going on ( there’s a huge soundsytem there guys,  get on the mic and let people know).  The Vacant Lots stop start set failed to ignite, which was nothing to do with the band and everything to do with the sound mix which regrettably sounded like they were performing from the depths of a large vat of porridge.  However, perhaps our own biggest personal disappointment was missing The Black Ryder whose set kept getting pushed back due to everything massively overrunning.  Oh and having our car broken into.

Still shit happens, you buy the ticket, you take the ride and despite the chaos it was certainly an experience and as its only the events second year there will undoubtedly be lessons learnt.