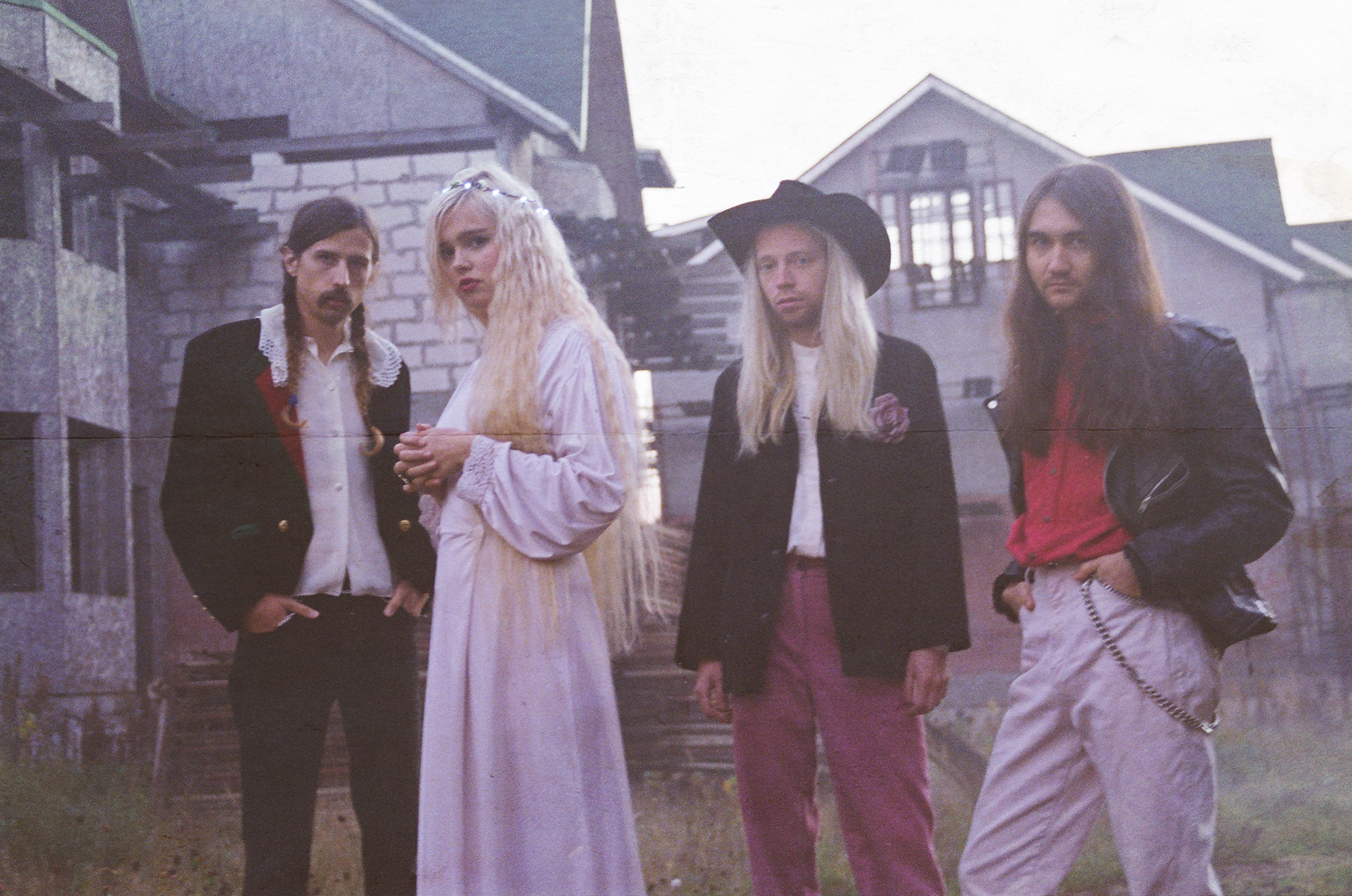 angelic milk (lowercase) began life as the bedroom project of Russian wunderkind Sarah Persephona,  a young singer-songwriter who would appear to be on more than nodding terms with the work of the Ramones, The Velvet Underground and Phil Spector’s wall of sound.

I first came across her work via Bandcamp back in 2015 and subsequently tipped her as one to watch in 2016. Stockholm based label PNKSLM who have, over the last few years, gained a formidable reputation for unearthing some of the most exciting new talents from around the world were also suitably enamoured with Sarah’s work stating at the time “we were blown away,  – even more so when we realised it was the project of a then-sixteen-year-old girl who was recording it all in her bedroom in Saint Petersburg, Russia.”   So much so in fact, that they signed her and released angelic milk’s debut single the magnificent ‘IDK How’ in 2015 followed by, in 2016, the bands first studio recording the ‘Teenage Movie Soundtrack EP.’

The wistful ‘When The the Limousine Passes’  sounds like a lost 1950s classic, a kind of updated ‘Teenager In Love’ for millennials,  ‘Celebrate’ is classic 4AD dream pop whilst the soaring ‘Winona’ is melodic bubble gum pop perfection which not only references Hollywood’s Emo Goth Pixie-Princess but also celebrates her shoplifting antics –  ‘I’m just a little girl, isn’t it funny oh-oh / when I started to cry … they just let me go.’  Elsewhere ‘Acid & Coca Cola’ and ‘Trust No 1’ once again demonstrate Persophona’s prodigious talent and keen ear for timeless melody.

The album concludes with two slower paced tracks ‘Crimson Spots on Pale Pink Silk’ and the backward spiralling waltz of ‘Anges De Lux’ which feels like something of a comedown after the euphoric head rush of what’s gone before. Yes it would have have been nice to hear revamped versions of older tunes such as the aforementioned  ‘IDK How’  the thunderous ‘Some Boys Are Beautiful Girls’  or the magnificent ‘Rebel Heart’ but this is a debut album that reaffirms Persophone’s credentials as a hugely talented songwriter who seems to effortlessly craft timeless, off-kilter, warped heartfelt guitar-driven pop. If you’re looking for an album that seeks to push musical boundaries in the name of intellectual ‘virtue signalling’ then like an incongruous short arsed Irish frontman replete with shades and Cuban heels,  you may not find what you’re looking for here. This isn’t an album seeking to reinvent the wheel, because, let’s face it who wants a fucking square wheel when the circular version works just fine, however, if you want sublime off-kilter pop melodies and crunching guitar riffs then  ‘Divine Biker Love’ is an album to relish and to cherish. 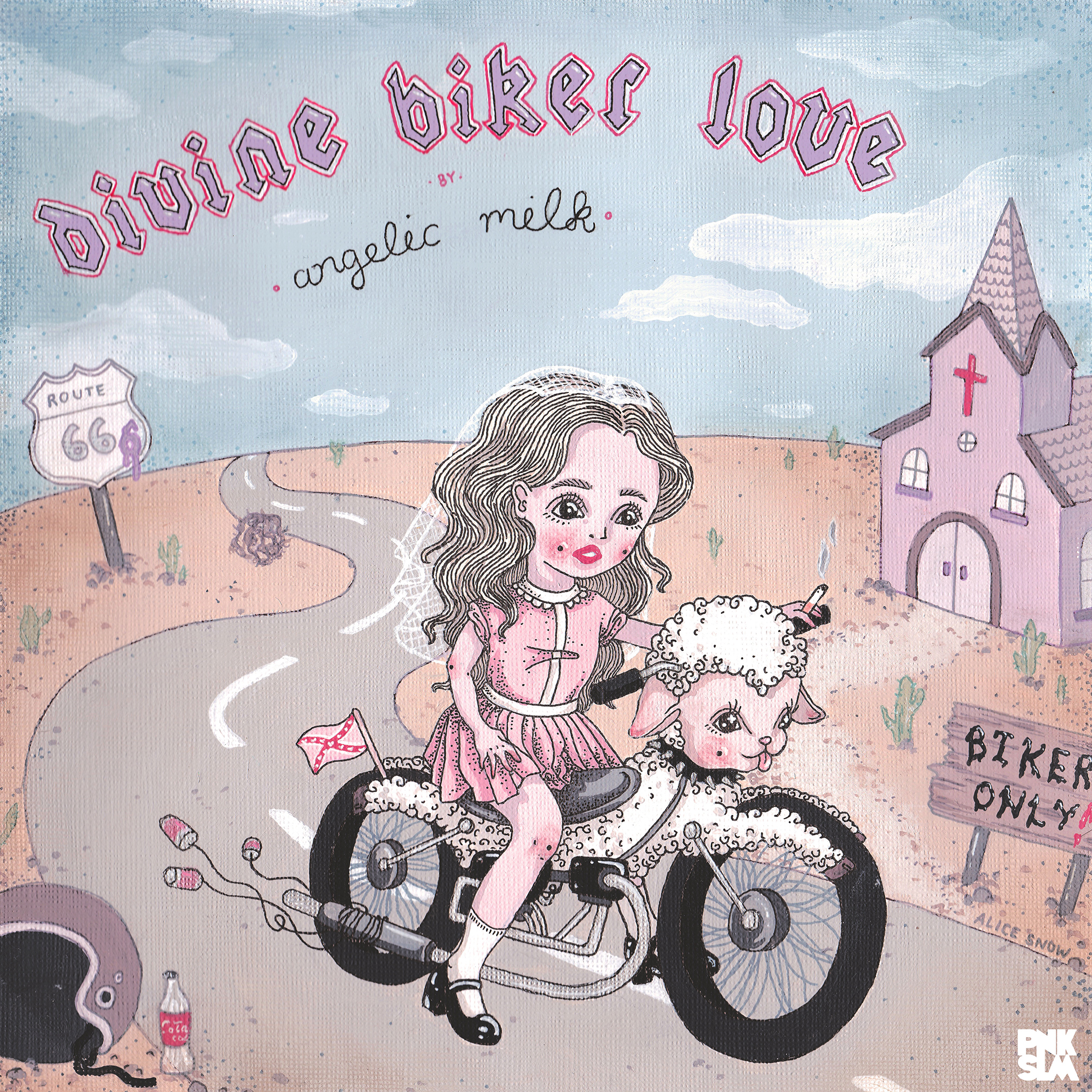