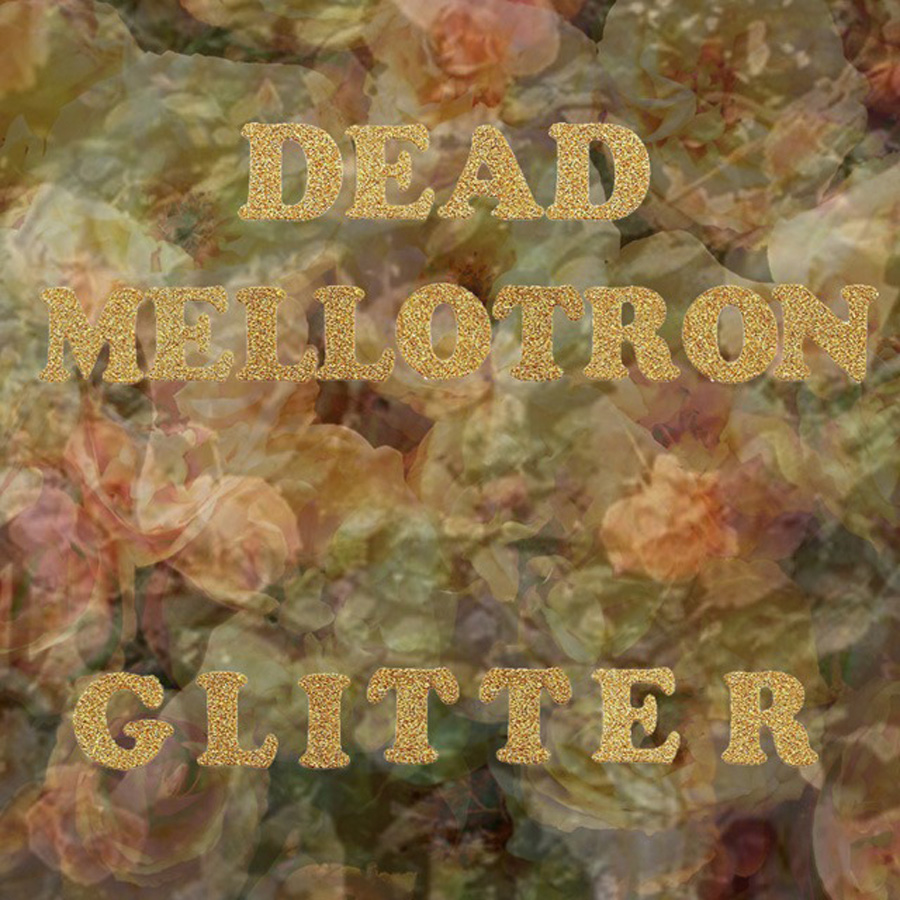 Dead Mellotron started life as a solo vehicle for singer and guitarist Josh Frazier, but after relocating from Louisiana to Baltimore and adding Courtney Corcoran and Aimee Bowen to the line up the project became a fully fledged band. “Glitter” is their third album and is the first to be released by the wonderful Sonic Cathedral records, a label which is surely the bands spiritual home.

“Glitter” does exactly what it says on the tin, it glitters, it shimmers and it explodes with euphoric melody and manages to pack a huge emotional punch, despite the lack of a clear lyrical dialogue.   However this is not an instrumental album per se, for there are vocals within the songs, but they are buried so deep in the mix and layered  beneath tumultuous walls of echo and reverb that even Norse god Heimdall (whose hearing powers were so keen he could hear the grass grow) would have trouble deciphering them.  This is not a criticism or indeed a distraction, as the vocals are  employed as a melodic device rather than a direct lyrical narrative which merely adds an almost celestial tone to the overall feel of the album.

The driving beauty of album opener “Stranger” sets the scene for an album that despite being short on length, is high on quality.  “Can’t See” has the guitar jangle of early Creation records, whilst “Bye” “Making Up” and “OOhah” are almost symphonic shoegaze , producing an epic all enveloping sound that’s as good as anything My Bloody Valentine at their finest have produced. By the time the final strains of album closer “Dying” have faded one feels they have been bathed in the incandescent glow of stars colliding and exploding with each track emitting streaming bursts of white flame illuminating a vast dark void.* Truly wonderful