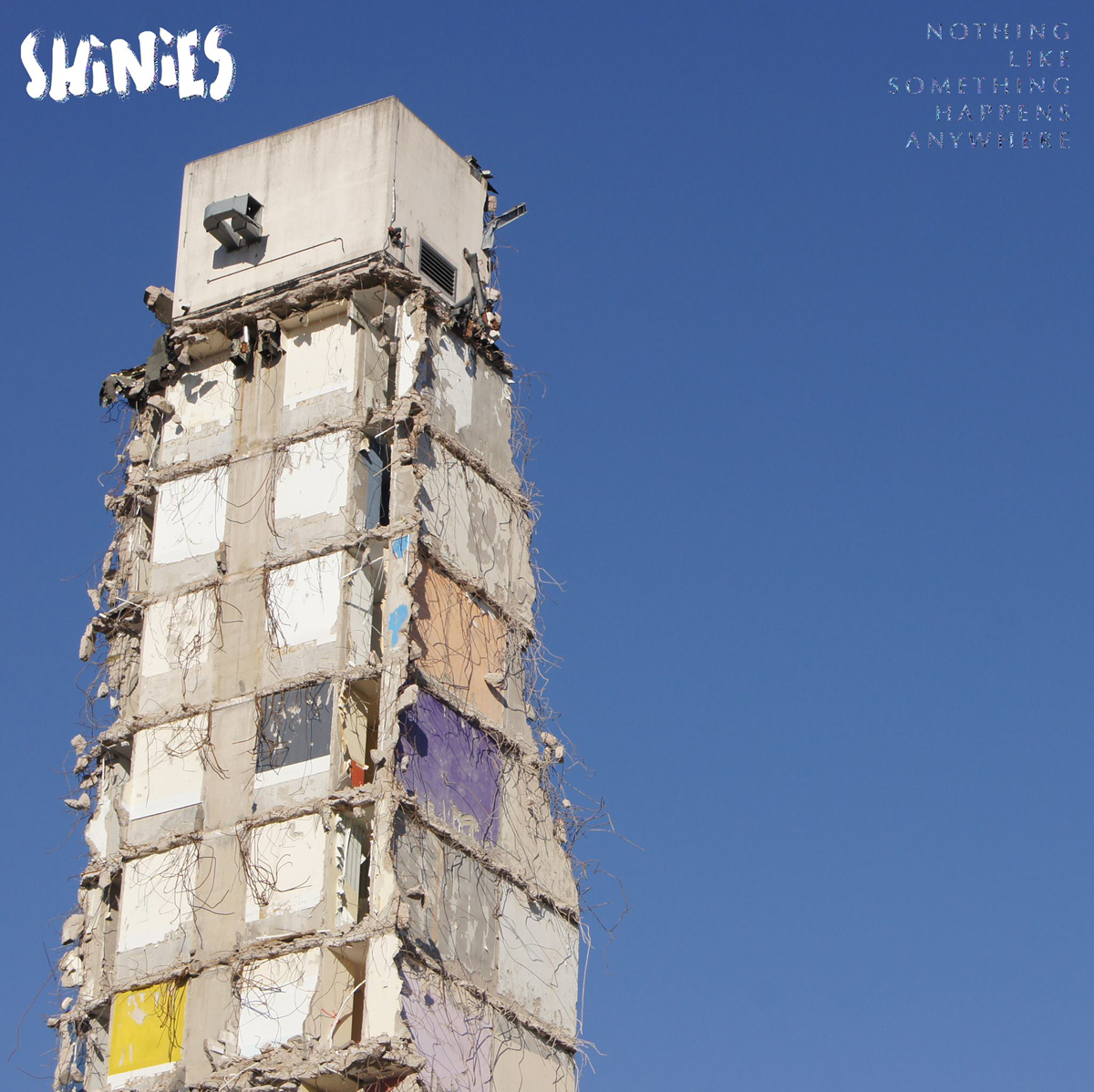 A couple of years back Manchester band Shinies became something of a bête noire to the Daily Mail’s ‘we demand to be offended by EVERYTHING brigade.’  This was in the wake of a video that appeared to be statement on celebrity culture, the false memory of nostalgia coupled with a dash of  ‘Clockwork Orange’ ultraviolence and a ‘Lord of The Flies’ death of innocence style narrative.  It was also a great excuse to kick the ever-loving shit out of DJ Pat Sharp who proved to be a remarkably good sport as he gets kidnapped is beaten senseless, and then finally set on fire – highly recommended if you’re a fan of schadenfreude. (watch it HERE)

But there’s much more to Shinies than edgy videos and antediluvian DJ’s, over the last few years they’ve released a plethora of superb tunes, and a wonderful EP before retreating we assume, to spend much of 2014 quietly beavering away on their debut album’ Nothing Like Something Happens Anywhere.’  It’s certainly an intriguing debut, although not perhaps as immediate as their earlier singles and EPs may have suggested. It does demonstrate how their sound has been honed, how their songwriting has developed, it’s an album that slowly snakes it’s way into your consciousness as it gracefully unfurls, punctuated by sonic thunderbolts ripping through it’s dreamlike soundscapes.  There’s an overall cohesion, a feeling that to listen to the songs in a different order would interrupt the ebb and flow of the album as themes of nostalgia, displacement, emptiness and frustration are explored.

Once again, MJ, who is fast becoming some kind of psychedelic/shoegaze/garage modern day Phil Spector, is on production duties, helping the band finesse their sound, with a subtly celeb producers like Mark Ronson would do well to take note of –  rather like referees, a good producer is one you don’t notice.  Stand out tunes such as  ‘Made To Waste’, title track ‘Nothing Like Something Happens Anywhere,’ ‘Spent Youth’ ‘Waves’ and ‘deC’ are ‘shining’ examples of what Shinies do best, but you’d be hard pressed to find anything remotely resembling a filler on an album that is rich in melody and “seamed” with a rich vein of understated fragile beauty.

There’s a chimerical, diaphanous quality to many of the songs, flickering like the vestige of half remembered dreams and this fragility and a sense of longing permeates ‘Nothing Like Something Happens Anywhere’ from start to finish. It’s also reminiscent of the sort of chiming guitar pop that was prevalent in some of Creation Records early releases, alongside hints of the neo-psychedelic guitar pop of the Stone Roses.  Thankfully, the vocals have more in common with Ride’s Mark Gardener than Ian Brown’s pallid despondent honk.  It’s a debut that delivers on the bands early promise, with perhaps more cunning, subtly and guile than many may have expected. 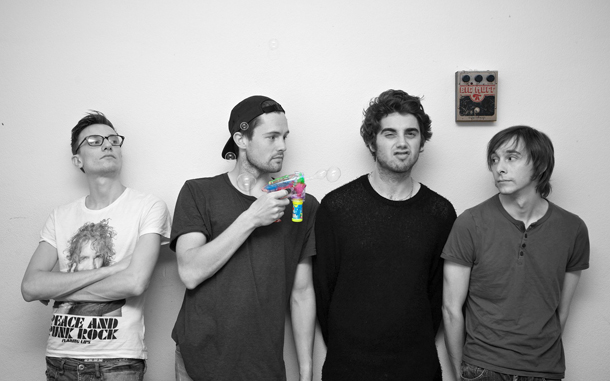