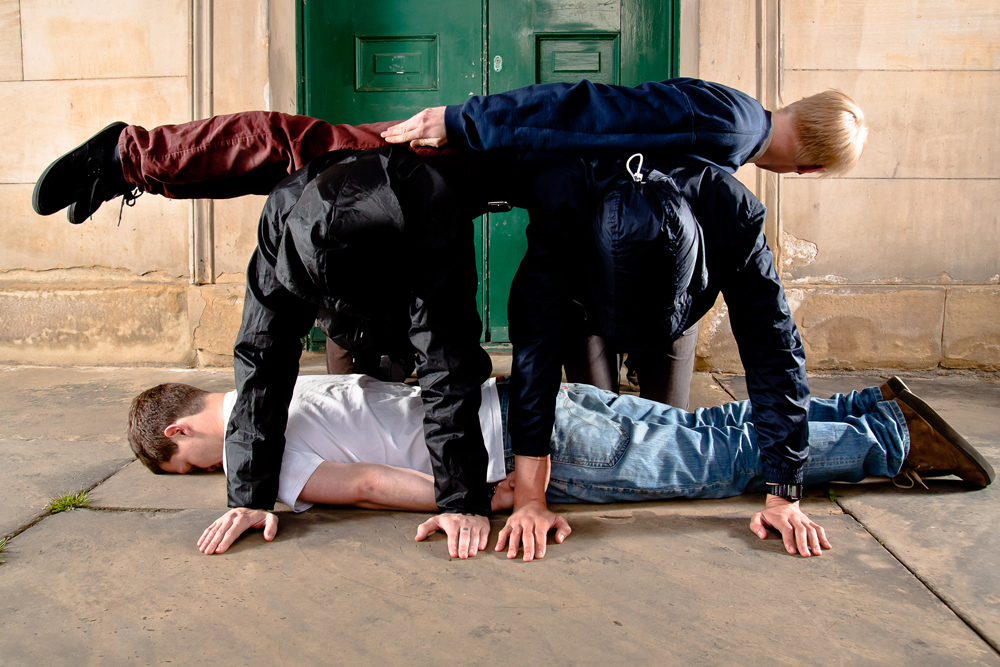 Wedged between Jessie-J and Melody Gardot, at Number 19 Alt-J (∆) have crept into the top 20 of the UK official album chart, which these days is no mean feat for the alternative, considering the usual requirement of breaking into the upper echelons of the charts requires taking part in “talentless shows” or selling your soul to the highest bidder. Yet Alt-J have done it the traditional way, the honest way, the hard way; over the past few weeks the band have graced stages around the country, delivering their unique ‘folk-step’ to crowds at Liverpool’s Sound City Festival, an office block in Manchester, The Great Escape, Live at Leeds, Walk The Line Festival (Netherlands), the list goes on, this band just don’t seem to stop touring! They have wowed the music weeklies, bloggers and radio stations alike with their innovative sounds and clever lyrical references to film and literature,(so many in fact that perhaps the album should come complete with a bibliography) and in doing so have captured the hearts, imaginations and of course ears of hipsters everywhere.

The album glows instantly as opening track called (surprise, surprise) ‘Intro’ begins with seeping pianos, guitars, drums and vocals that seem to wrestle with an unseen and ominous presence. Straight away it’s apparent that the band are going to be exorcising emotional demons throughout the album. ‘Tessellate’ writhes from light crashes to blowy vocals, as Joe Newman muses, “Till morning comes, lets tessellate…” A geometric euphemism, one that Alt-J have gone on record as saying concerns the lingering over an old flame; though it seems less of a lament and more of a celebration. In fact, it is this witty display of intelligent lyrical twisting and mournful vocals is one of many reasons that elevates Joe Newman, Gwil Sainsbury, Thom Green and Gus Unger-Hamilton above their contemporaries. The folk-hop of ‘Breezeblocks’ sends a passing nod toward the late Maurice Sendak and his masterpiece Where The Wild Things Are, whilst M∆tilda is said to share the emotions of the protagonists of Luc Bresson’s film Léon. Marrying a hymnal presence with dubstep in ‘Fitzpleasure’, shows that Alt-J are clearly on some sort of expressive, emotional journey here. The bands facebook page claims that their name is more than just the mac-lover’s short-cut for the delta sign (∆), but inspired by a turning point in their lives and signifies that change. Indeed an album which boasts the glorious ‘Bloodflood’ suggests that it is this emotional essence that makes the band tick, a fear lurking with the threat to consume.

There are moments in this album that detract from its potential brilliance. For example there are three interludes that interrupt sections of the album, making it seem a little contrived affair, and whilst the intention of these pauses may have been to signifying a change in the album instead they starve it of a refined flow. This is especially true after the close of ‘Interlude 2’, where the album suddenly juts out into the marching beat of ‘Something Good’, a track that is lost, sounding a bit like new age open-mic experimentation. Elsewhere there have been comparisons drawn with Radiohead’s Kid-A, which are not completely unjustified as experimentation is key to Alt-J’s idiosyncratic sound. The distinctive, intuitive musical inclination the band have ensures they set themselves apart from what is rising elsewhere, and is probably the key factor in their sudden ascent that threatens to usurp the happy lives of the ‘Syco Cowell’ contingent.

Alt-J (∆) and their début An Awesome Wave, has something that captivates and bewilders and shows that  like the river’s delta this band will have many streams and tributaries from the main body of their music, each one unpredictable leading you into the unknown. If you are looking for something completely different in the vast musical ocean then Alt-J’s A Different Wave is the one you should catch.