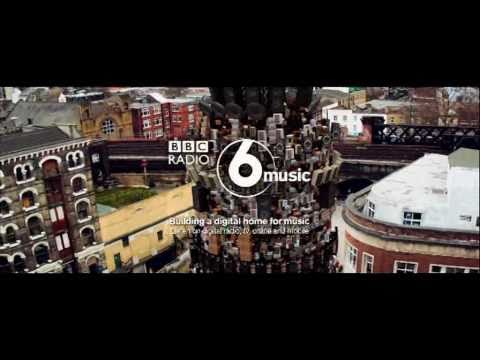 As a music lover we  can all  be heard on  occasion, bemoaning  radio play-lists. Our grumbles are often wide and varied covering such topics as ‘why isn’t my  favourite upcoming artists  featured on the playlist, no fair!? ‘Where the devil  is  all the new talent?’  ‘Yawn, too much plodding dad rock ‘ (yes Beady Eye I mean you) – ‘oh for  a genuinely interactive radio show’ and of course my personal bugbear ‘Oh god no!! Not Queen!! Arggh my ears , MY EARS! ‘ etc etc ,  yadda yadda yadda… Well now you can have your say and  help shape what music is played via a  innovative new  6music show presented by Tom Robinson whose mission it is  to highlight the songs and artists generating the most online buzz.

Now Playing @6Music is an entirely interactive and digital show on Friday nights between 7-9pm on BBC 6Music. It will reflect the most talked about tracks online, what is creating the most hype on blogs and most importantly invite the 6Music audience to contribute to the debate and directly mould the playlist for the remaining 166-hours of the week.

Each week there will be a playlist based on musical story from the week which is shaped by people via 6Music’s social media outlets and the blog – www.bbc.co.uk/blogs/nowplaying; a hijacking of Twitter where we will drop anchor into the flood #nowplaying during the show and randomly select a track to play; as well as a digital music round-up and contributions from some of the best music sites and blogs currently discussing music.

Listeners will also be given the chance to individually shape the end of the show by submitting a six-track themed playlist of their choice. These can be submitted by any means they choose – be it a link to a blog post, e-mail or even carrier pigeon if they so choose!

The show will be presented by Tom Robinson who is incredibly excited about the project. He said: “Without knowing it, we had a small foretaste of Now Playing last August when 6Music staged the Listener Takeover. We went into the show that day with only a skeleton playlist, a Facebook page and a Twitter feed buzzing with listeners.

“The next 120 minutes were both hair-raising and exhilarating as we tore up the playlist and simply went with the flow.

“It was the most exhausting radio show I’d ever done, but also the most fun. And the question everyone was asking at the end of the show – both online and in the studio – was “why can’t it be like this every Friday?”

Well, now it can. Not just for the two hours we’re on air every Friday but hopefully as a conversation about music all through the week. It’s a new show, a new team and pretty much uncharted territory: so nothing’s carved in stone.

We’re not just open to new ideas from the wider music community, we’re actively eager to explore them. As the only station in broadcasting history to have been saved by its listeners, 6Music has a unique relationship with its audience.

This show is about you and the rest of the music community – your opinions, your taste and your music, so to make sure your voice is heard and join in the conversation join us on Facebook (http://www.facebook.com/BBC6Music) and Twitter (@bbc6music) and e-mail – [email protected] us with what you think the rest of the 6Music community should be listening to.