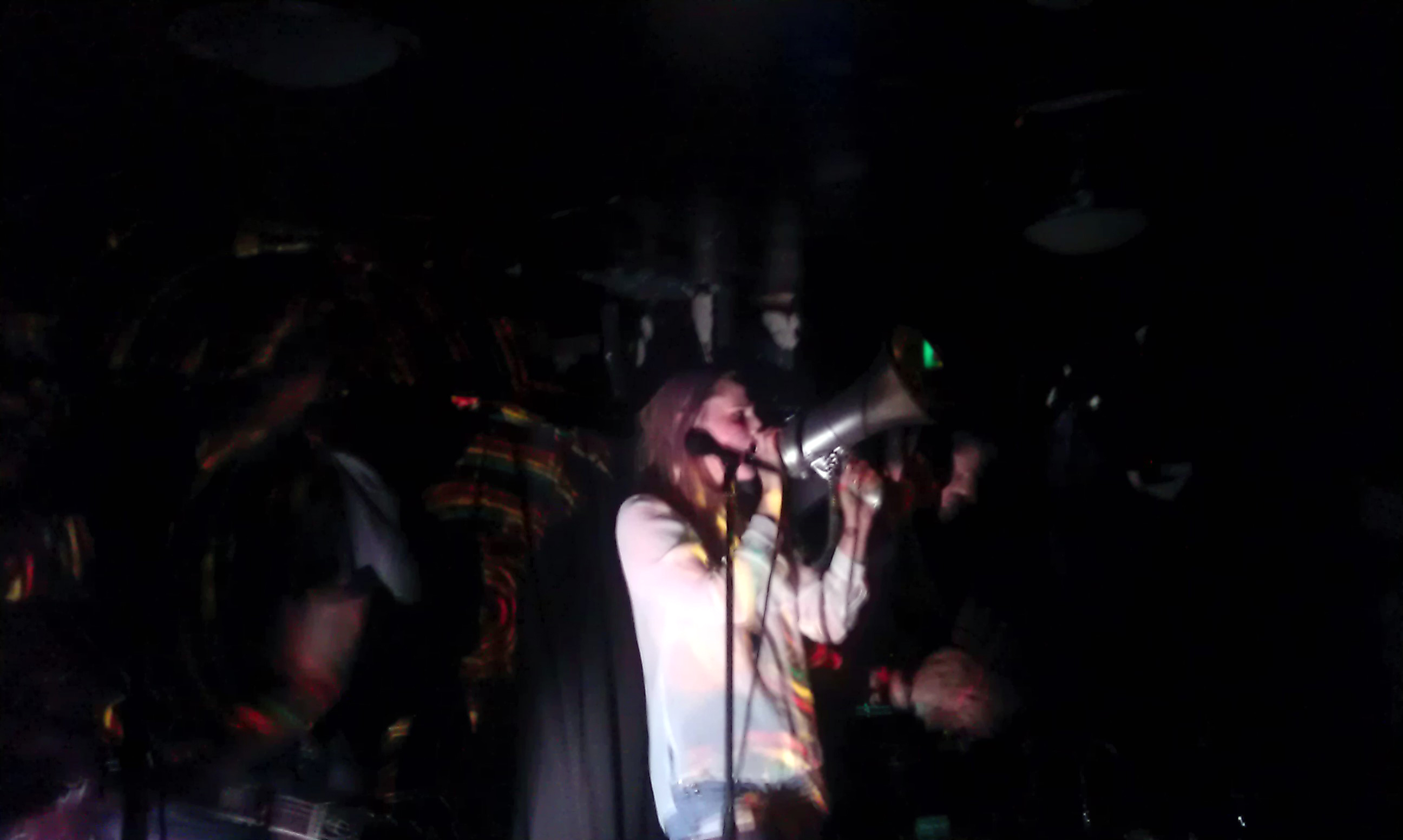 Walking into to Power Lunches, I was greeted by a friendly promoter who seemed psyched to be hosting tonight’s event – COVES’ EP Launch. Looking over his shoulder I thought to myself the gig can’t possibly be up here, where would the band go? There is barely enough room to swing the proverbial feline about – but after a brief easy exchange with said promoter, he pointed out a staircase near the front of the venue and said, ‘Bar’s there and Gig’s down there mate’… he clearly saw the confusion wrought across my face.  I made my way down the spiralling staircase and through the open door  into an abyss of total blackness.  With unsettling memories  of the Blair Witch Project projecting in my mind I’d have been in two minds about crossing the threshold, if it where not for the chiming guitars  drawing me in.

Modern Borders comprise of  Jean Kern –a native of Strasbourg – and Asher Preston. These two lads are both drummers; yet, the first thing you notice is Modern Borders have no actual drum kit. The set up is guitar, synth and samplers. On stage they certainly enjoy themselves and they have a set of good, solid tunes; glimmers of The XX here and there, with much airier vocals. A French electronic influence definitely filters through at times as minimal blips and beeps bounce off the black basement walls . Noticeably, the audience are enjoying themselves and welcome each song with open arms and Modern Borders set the tone for the night, there are a few stumbles in the set and it doesn’t quite have the glassy flow of their recorded work but I’d like to catch these guys  in the near future to see if they’ve managed to iron out a few of the creases – but not all of them – as we know any good shirt deserves to have a few creases; its what makes for an honest performance.

Next up are New Zealand duo, She’s So Rad,  the brainchild of Jeremy Toy and Anji Sami.  Even before they launch into their assault of noisy guitars and heavy synth, they engage the audience  with witty discourse before Jeremy tells us, “Oh we don’t talk onstage, we do that whole…well you know, kinda thing.” Jeremy’s guitar then starts to howl, swelling from the stage and into the darkness whilst Anji’s synths simmer over the top, I could go on adding layers of  hyperbole and superlatives just to get across how good this band are in a live environment. Confetti was She’s So Rads’ star of the show, demonstrating why they recently made the decision for it to be their  lead single. They also offered us a couple of covers, one of which was from their fellow New Zealanders ‘The Chills’ – alternative rock, Dunedin Sound (Not to be confused with the Tolkien Ranger Folk, Dúnedain…[sorry ed.]). If you get the chance, go see She’s So Rad, it’s a complete no brainer if you’re looking for  something exciting and new. It’s easy to see why they were chosen as support for Ladyhawke’s recent UK tour. You get past the questionable band name ever so quickly.

Rounding the night off we have, COVES. Well it is their Cast A Shadow EP launch so it would be rude for them not to grace the stage; and not only do they grace the stage, they own the entire territory of the Power Lunches venue front to back. Instantly hitting out and lashing into a ferocious onslaught from John Rigards’ dirty guitar and the enigmatic presence and lustrous voice of Beck Wood, the duo have got a trick up their sleeves. Tonight they’re a trio, as a third presence slams his batons into the floor-tom hitting up rapturous beats into the air. Their latest release, Cast A Shadow EP, is out now on Cross Keys Records, and it is what tonight is all about. Make no mistake, when they launch into the title track of the EP, the room goes up; Power Lunches is now a dark, damp, sweatbox, filled with the illustrious noise of COVES and everyone in the room is lit up by the complete electricity that John Rigard and Beck Wood emit. There is a technical failure after the first tune of their set, as to which John tells Beck she’ll have to do her old material, but within five minutes all is forgotten as COVES are back at it pumping their viciously alluring sound back into the room. Becks  presence  is captivating and against the backdrop of John’s gritty guitars, her voice is scintillating. Genuinely, this is one of the more exciting gigs I’ve witnessed in this kind of environment , the atmosphere was buzzing. The crowd even burst into an impromptu rendition of Harry Belafonte’s classic ‘The Banana Boat Song” – well maybe not quite a full rendition, just the repeats of “Day-O”… COVES delivered everything and more tonight, I suggest moving this band very close to the top of your  ‘bands to go and see in the near future’ list.

Tonight each band perfectly complimented each other perfectly and I expect we’ll hear a lot more from all three acts on tonight’s bill. 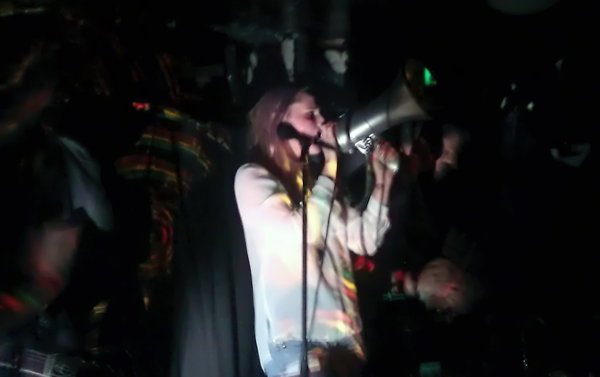