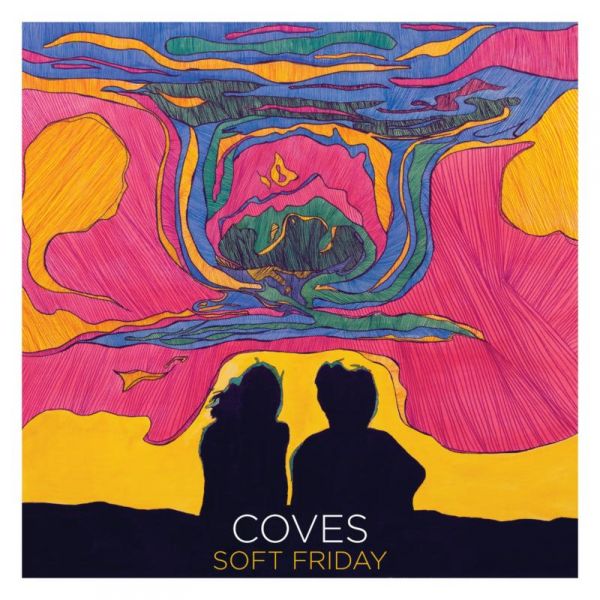 We’ve been tipping Leamington Spa duo Coves for big things for a few years now after falling under John Ridgard and Rebekah Wood’s beguiling cinematic psyche pop spell.  Finally, after a series of critically acclaimed singles and EP’s their début album ‘Soft Friday’ is scheduled for release on March 31st.

As ever when one of your favourite emerging artists sign any record deal you do tend to worry that the very things that made you swoon over their music initially could be gently finessed from their sound.  Will commercial pressures see the label insist on ill-advised hip-hop beats?  An incongruous rap perhaps?  Or will they bring aboard a producer whose aesthetic vision resembles a maniacal Timmy Mallet let loose with Pro Tools?  Thankfully, there’s no such label tinkering in evidence here and ‘Soft Friday’ is an album that captures all that is truly swoonsome about Coves.  The production is perfectly judged, and the re-recordings of earlier singles such as the brooding ‘Cast A Shadow’ and the eastern tinged psyche tripping ‘No Ladder’ as well as their most recent release ‘Beatings’ present these songs in their best possible light without ever sounding overcooked.  ‘Soft Friday’ sculpts an eerie spectral atmospheric soundscape, laced with a smouldering sensuality and no small amount of heartache.

It also demonstrates that Beck Wood and John Ridgard are a formidable song-writing duo who have taken their own musical influences and created something of a Lynchian pop noir tour de force .  Their music is crafted around the power of John’s shimmering psyche infused guitar licks and the languid sensuality of Beck’s vocals.  The majestic Mary Chain meets Mazzy Star album opener, ‘Fall Out Of Love’ is an appropriate way to start proceedings given that ‘Soft Friday’ could be described as the anatomy of a doomed relationship, informed as it is by the breakdown of Beck’s previous big romance.

Song titles such as ‘Fool For You,’ ‘Bad Kick to the Heart’  and ‘Cast A Shadow‘ serve notice that you are about to be taken on a journey in which various stages of a crumbling relationship are documented – infatuation, love, desire, rejection, pain, enmity and resentment and perhaps ultimately closure.  Beck has said, “I was trying to voice my anger.  At the time I was freshly single so I thought, right, let’s get the knives out!”  In addition, it proves that the most interesting and emotionally engaging music is so often produced under a veil of heartbreak.  ‘Fool For your Face’  and ‘Wake Up” for example are raw, honest and heartbreakingly beautiful; ‘Let The Sun Go’ shows flashes of anger but despite Beck deliberating on revenge the overall tone of the album is one of a dignified, bruised nobility, honest but generally free from real rancour.

Throughout the album Beck’s vocals veer between the cool aloofness of Nico to a more emotionally engaged Lana Del Rey, which weave in and out of John’s maelstrom of reverbing off-kilter guitars, subtle electronic flourishes and driving post-baggy beats.  Every song is a psyche pop gem and Coves show that when you channel heartbreak and misery into something constructive you can create something that positively shimmers with life affirming beauty.

Only grumble- where the devil is ‘Run With Me’? 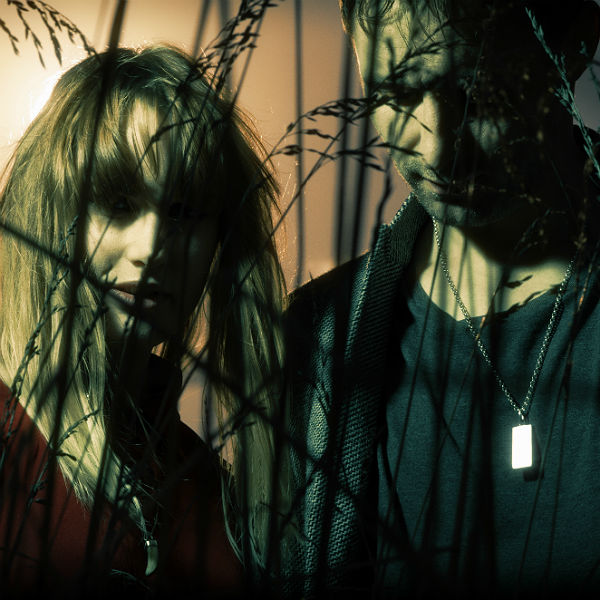