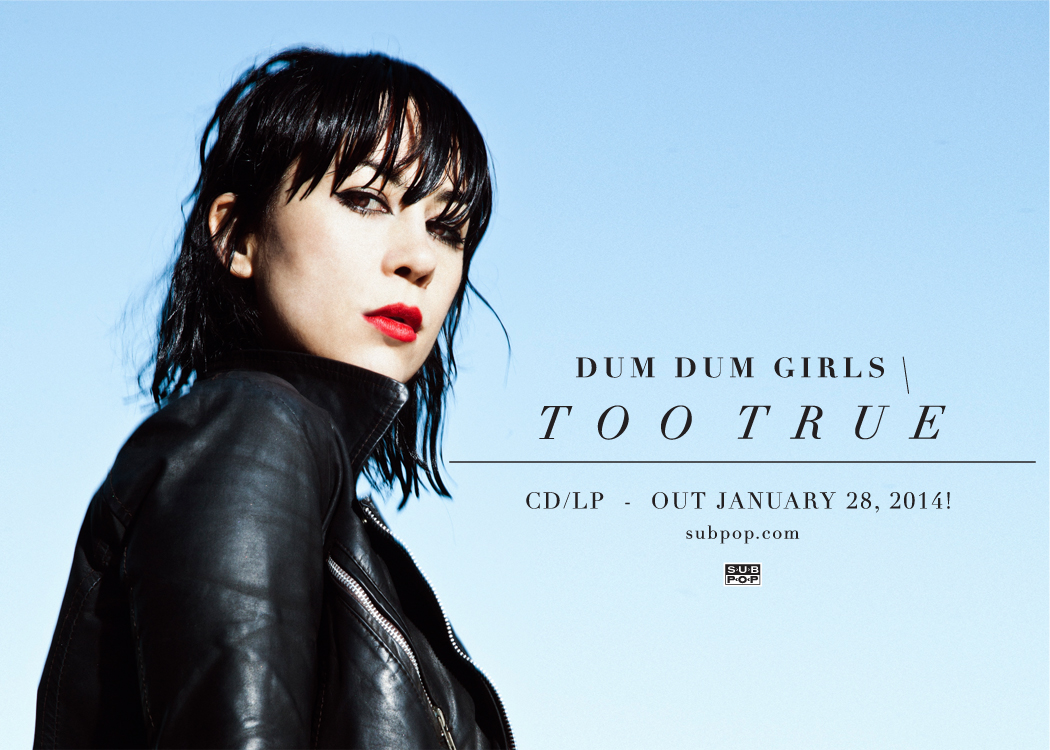 There is often talk in the music industry of a “third album syndrome” in which an artist is faced with a number of creative dilemmas: To experiment and try a new direction, to play it safe and adhere to a tried and tested musical template or perhaps to chase mainstream approval and risk accusations of selling out.  However, we don’t really buy into that hypothesis and judging by Dum Dum Girls third studio album ‘Too True’ neither does Dee Dee Penny.  It’s an album in which her sublime song-writing talent continues to dazzle whilst her ability to meld various musical influences into something uniquely her own continues to be a source of joy and wonder.

The shift in Dum Dum Girls sound from a lo fi solo song writing project (as “a way to pass a lot of lonely and frustrated time”) has been a case of evolution not revolution, with EP’s often acting as musical bridges between each album.  And ‘Too True’ is an organic and natural sounding successor to 2011’s deeply personal ‘Only In Dreams.’  The blissed out buzz saw garage sound has not been completely removed from DDGs sound, but ‘Too True‘ sees different influences coming to the fore.  It’s an album that perhaps owes more to the paisley shirted psyche guitar jangle of UK bands from the 90’s, than to the Phil Spector wall of sound.  Around the edges on tunes like the anthemic ‘ Rimbaud Eyes’ or the slow burning vampish shimmer of ‘The Lost Boys And Girls Club’ you may also discern hints of the dark chiming pop of The Cure, early Strawberry Switchblade or perhaps echoes of The Bunnymen  ;-) as Dee Dee and her cohorts serve up a sophisticated cocktail of literate  dreampop.

On some of the more mid-paced numbers, such as “Are You Ok?”  Dee Dee comes across as a kind of mystical Goth Stevie Nicks, whilst the spirit of Dum-Dum Girls earlier material does occasionally rear its head on the sensual speed-ball fizz of ‘Little Minx’ and reverb heavy album opener ‘Cult Of Love.’ 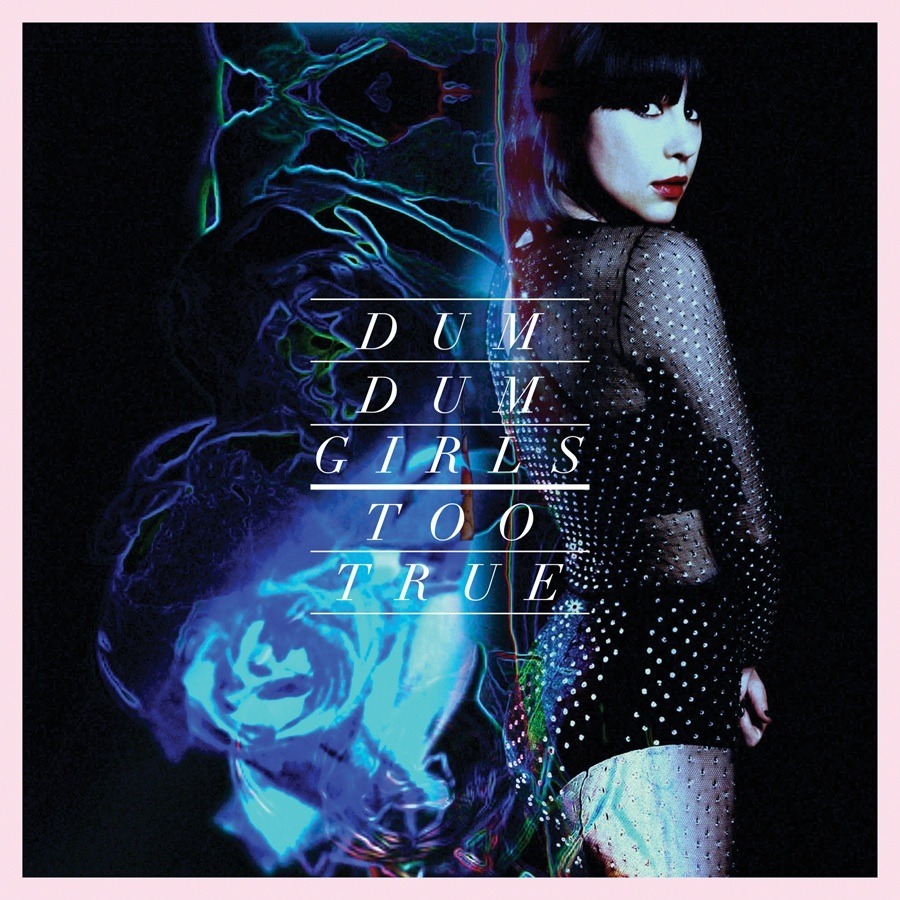 Alas, there will always be a certain type of tragically hip musical librarian who simply refuses to allow artists to move on and ‘grow.’  Those who seem to think that recording material in a home studio with the all the acoustic resonance of a tin bucket is considerably more ‘real’ than doing so in a studio with producers.  These are of course the sort of dreary oafs who would have preferred The Jesus And Mary Chain to endlessly recycle variations of ‘Pyschocandy’ instead of growing as songwriters, which is surely infinitely more interesting?  But as they say, ‘great spirits have always encountered violent opposition from mediocre minds’  and if you adopt such a musically myopic stance and bemoan the fact that Dee Dee isn’t still demoing songs in her bedroom then you will doubtless not allow yourself to embrace the beauty, grace, and dark glittering joy within this album. Your loss.

As Sune Rose Wagner once told us – ” Dee Dee really is on the path to greatness.  Understandably, when you first start out you can be a little wary of how you feel about it, how other people will react and it takes guts to take that final step, to really stand out loud and proud.  And I think she will be one of the greats one day because her songs just keep getting better and better.”  ‘Too True’ totally reinforces this view as Dee Dee ‘ chases pop into the dark’ and emerges triumphant, to gift us another clutch of majestic, poetic eloquent heroic and inspiring pop songs. :heart: 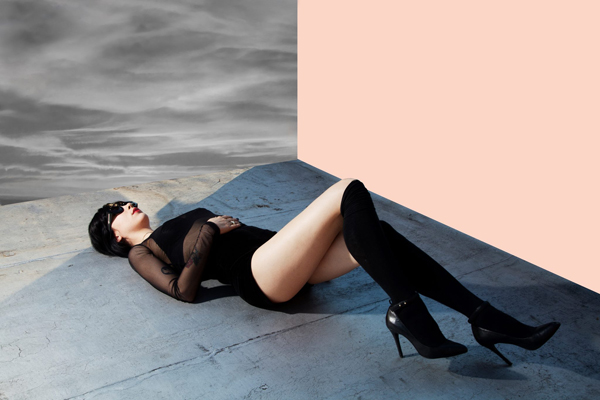