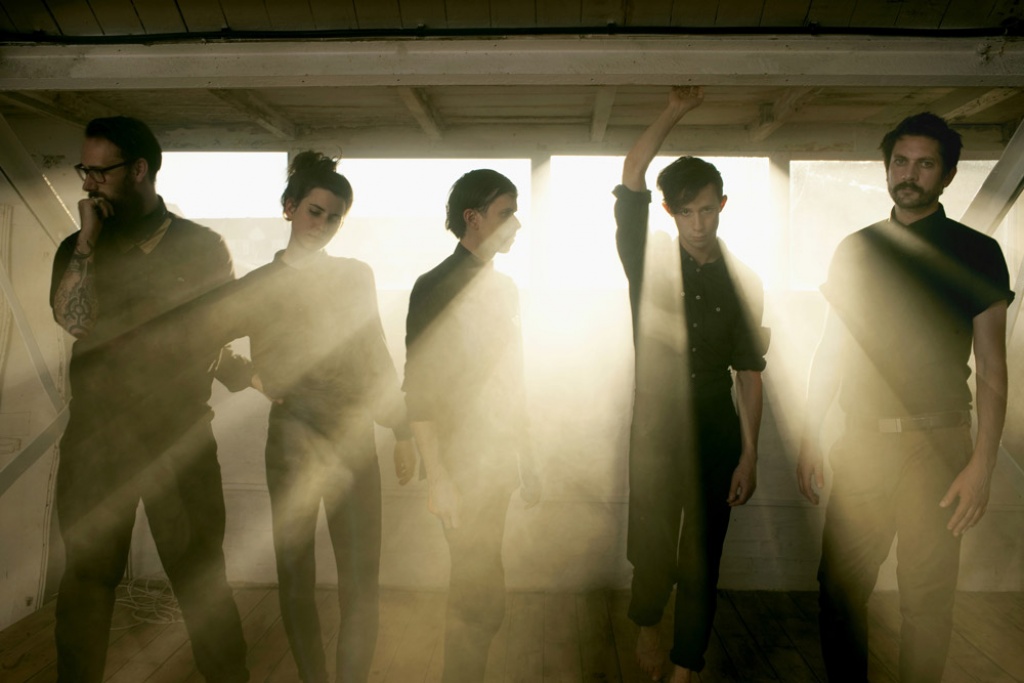 “We welcome aboard  our new writer Katie Shepherd as she reviews Fanfarlo’s latest album.“

“Shadow Puppetry.” That’s what London-based Fanfarlo have decided to brand their genre of music. While I’m not exactly sure what that means, I have my ideas. More importantly, I have my thoughts regarding the band’s new album, Rooms Filled With Light, which was recently released three years after the success of Reservoirs. I’ve been looking forward to what this five-piece would produce on their second go-round as it took me weeks to shake ‘I’m a Pilot’ from my memory after hearing to it for the first time.

One thing is certain; Fanfarlo decided to take the full-on leap into experimental instrumentation on their new endeavour after only toying around with concepts on their first album. The easy comparison to make after listening to the new release? Arcade Fire’s Suburbs; not so much in exact song structure but more-so in the baroque pop/rock sounds found spread across the album. And with a voice echoing classic 80s attitude while still reflecting the modern-day spirit of artists like Beriut, Swedish lead singer Simon Balthazar carries the vocals over top a swirl of synths, harps, and xylophones.

‘Replicate’ opens the album with tight rhythms on strings and blossoms into a curious invitation for more. The bright track ‘Tightrope’ blazes through with intense guitar surprisingly complimented by the harp while ‘Dig’ is a synthesizer extravaganza. ‘Lenslife’ seems to be receiving the most buzz off the album due to its catchy bass line and optimistic lyrics like “One day I can say that I lived it all.”

After three years of waiting for the new album, I would say that my wait was not in vain. Rooms Filled With Light is a fine example experimental indie pop. Fanfarlo have successfully expanded their sound while remaining rooted in their standard motif. The album is a hopeful one and a definite compliment to the spring season.