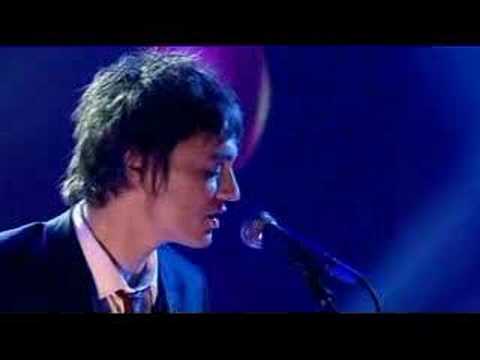 As we get further into 2011, we can almost feel summer lurking around the corner with the promise of festivals, barbecues, misguided shorts revealing comedy white legs and  let’s face it,  torrential rain…. However being the eternal optimist  the mere  thought of sunshine  induces  giddy anticipation as we dust down the trusty  mankini and ready it for another outing.   And so to match the (almost) new season how about checking out some awesome live music? Callie Morris, web editor on ticketing website Aloud.com is here to tell us some of her favourite acts and hot tips for the year. I’ll leave you with her whilst I wrestle into my aforementioned summer wear.

Anyone see how incredible The Libertines were at Reading/Leeds 2010? Not content with just the epic reunion shows last summer, ex-Mr-Kate-Moss and ex-skaggy-heroin-addict is back on top form as he begins touring with his own solo stuff in May. Expect a few Libertines tracks, a few Babyshambles tracks and a lot of his own stuff – this is probably the artist I’m most excited about for this year…

Welsh three-piece The Joy Formidable are channelling their inner 90’s grunge heroes with their take on indie rock music. Since their formation in 2007 they’ve certainly got around a bit – touring the UK with artists such as Passion Pit and Paul McCartney, then popping over to Australia to perform with Temper Trap. They will be playing in London’s Koko club in May, then having a little go on the festival circuit with The Great Escape in Brighton and Dot to Dot. Especially awesome live, they will be very much worth your attention!

Noah And The Whale

With a new album recently out – Last Night On Earth was released in March – Noah And The Whale will shortly be bringing us more of that cheerfully optimistic indie music. It’s pretty hard to feel unhappy while bopping along to a Noah And The Whale track. The single ‘L.I.F.E.G.O.E.S.O.N’ is their first release off the new album and seems to be making quite an impression with the important music industry peeps already.

If you fancy going along to see Noah And The Whale promoting their new album this year check out their profile at Aloud.com.

Just as amazing live as in their recordings, New York based disco/punk/indie project Hercules And Love Affair are soon to be touring once again. With an interesting ever-changing line up that has included guest vocalist Antony Hegarty of Antony & the Johnsons fame, their stage presence is pretty impressive… They often like to pull special surprises and tricks out of the bag at their live performances, so those that do get to see them will never really know what to expect (in a good way…).

So check out the Hercules And Love Affair ticket page at Aloud.com for gig tickets and further details.

Having released their second album Ritual in January, White Lies have a few gigs coming up to tickle your fancy. They will be appearing at popular festivals Pinkpop, Hyde Park and Rock Werchter this summer – probably time to start saving… The British indie/rock band have been compared to bands such as The Killers, Editors and (a Matalan) Joy Division..! But with their nod to the 80s and their take on ‘danceable indie’ you’ll undoubtedly have a great time!

Check out Aloud.com for info, news and upcoming tickets for White Lies.