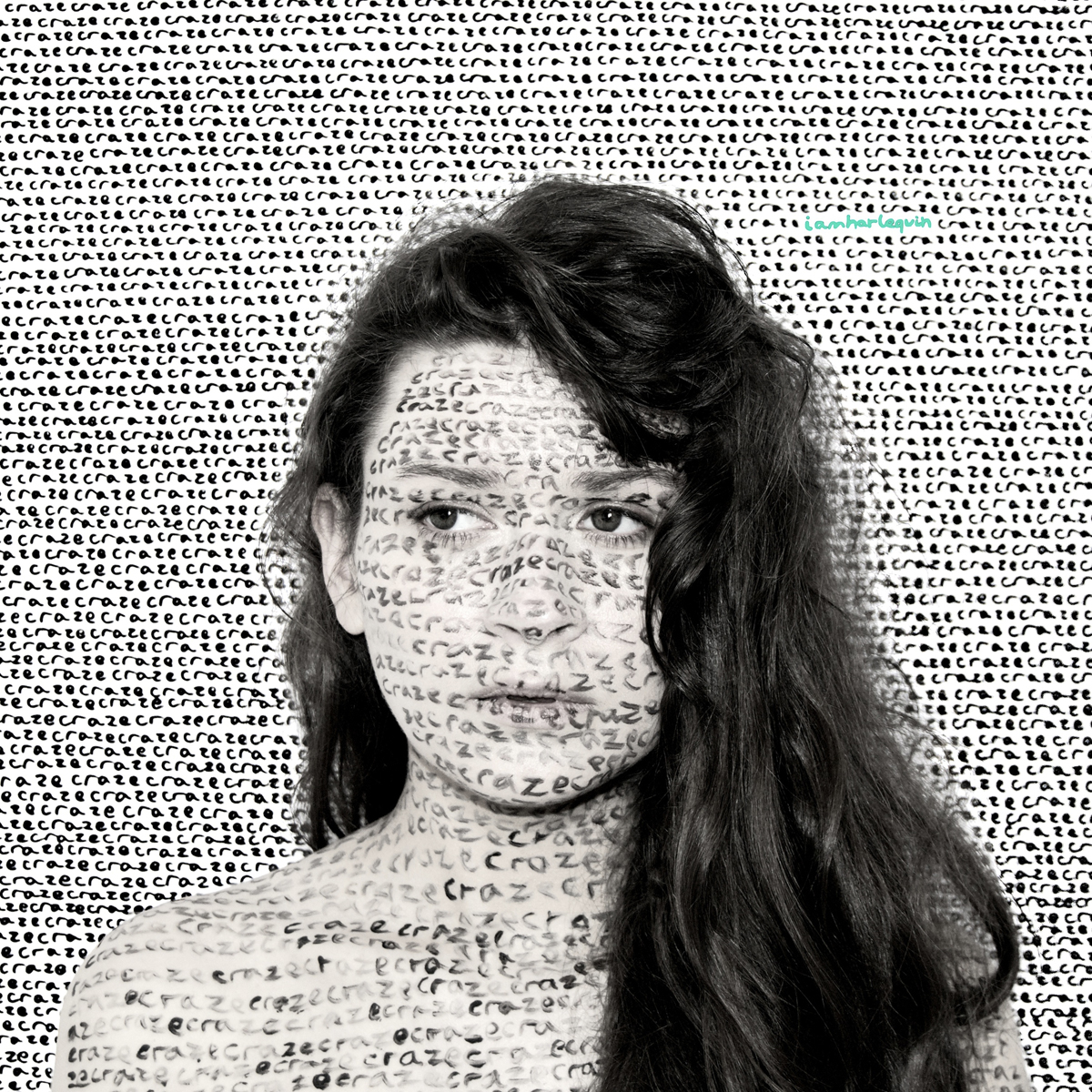 If you’d like to win a special I Am Harlequin”Craze”  Ep Package, like THIS simply email us HERE  and answer this question [putting “IAH Craze” in the subject line]- Which country was I Am Harlequin born?  – Easy!

Isn’t it nice to be proved right? ;)  I Am Harlequin is musical alter ego of East German born, London based musician Anne Freier, and we here at the VPME are convinced that in any reasonably sane world Anne would be a massive star admired for her talent and style where as Cheryl Cole would be..? Well let’s just say -rather less so. We’ve previously described her music as “a dash of  Kate Bush,  Bjork without the “bollocks du jour” and an” unusual and emotionally stirring hybrid of a kind of classical, choral electronic indie.”

Her forthcoming EP showcases her musical virtuosity and her ability to weave in and out of genres whilst taking the listener  on a journey to unexpected and mysterious places. It also proves we were right.   It’s a musical and emotional tour de force in which IAH produces a compelling synthesis of  Baroque chamber pop, choral harmonies, Gothic theatrical flourishes all sprinkled with a light dusting of minimalist electronica.  Did we also mention it proves we were right ?

Lead track Craze is a slow burning torch song, full of raw emotional honesty and epic drama.  The coolly seductive tease of  Something Else sashays imperiously across the dance floor, demonstrating that electronic music can be far sexier and stylish than the seemingly endless parade of carefully choreographed, dry humping, bottom grinding, sexless drones who appear on the lamentable “E4 Music.” Because He Loves Them Both which sounds rather like the moral conundrum faced by many a surly, brooding Jane Austen suitor, sees I Am Harlequin running Kate Bush very close in terms of being able to produce a song that manages to coalesce dark menacing melodrama with commercial appeal.

Don’t Break The Silence  again demonstrates IAH’s remarkable versatility, combing thundering tribal beats, electro pop and an insistent chorus to produce a gloriously hypnotic musical collage. The EP concludes with the bonus track, Wild One,a previous VPME “Track Of The Day” and which is of course utterly beautiful.  All in all the EP firmly cements our view that I Am Harlequin is a major talent and if she isn’t on Jools Holland within the year we will be calling for an emergency debate in parliament and we will DEMAND answers!

You of course may disagree, but it must follow, as night follows day that you’d be wrong and we’d be still right :)

You can read our IAH Interview HERE

2 thoughts on “I Am Harlequin – Craze EP – Review And Competition.”