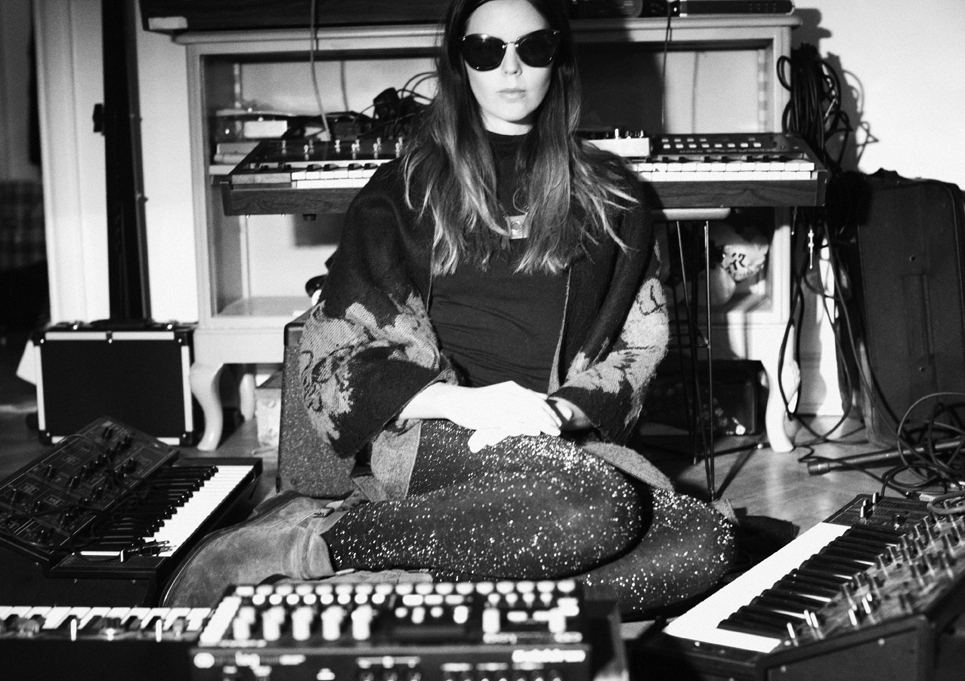 Let us not get too hung up on the title of I Break Horses second album ‘Chiaroscuro.‘ Rather than anally debate whether the title, an Italian term, which literally means ‘light-dark’ and in art is used to describe the contrast between, aptly reflects the tone of the album (it does) instead let us concentrate on the actual content therein.  ‘Chiaroscuro’ was written, performed, and produced entirely by Swedish chanteuse Maria Lindén and is a body of work that combines the life affirming cinematic grandeur and vision of Sigur Rós, the emotional depth and glacial beauty of The Cocteau Twins with the introspective bleak beauty of Anna Von Hausswolff.  It is an eminently worthy successor to the critically acclaimed début album ‘Hearts’ and sees Linden step out of the darkness into the light willing to take risks, to show herself and push her music in a different direction. And the albums ambition is matched only by it’s beauty.

‘Ascension’ for example, which for some reason recalls ‘Disintegration’ era Cure captures the emotional contrasts between light and dark perfectly.  What starts as a mournful sounding lament quickly morphs into four minutes plus of shimmering euphoric beauty.  ‘Denial’ begins  with looped electronic reverse reverb and quickly reveals itself to be an object lesson in how to create haunting dark glittering pop perfection whilst exploding the myth that electronic music is by default cold or emotionally disengaging.  The sweeping seven minute ethereal beauty of   ‘Medicine Brush‘ has hints of The Cocteaus at their most celestially Gothic whilst ‘You Burn’ ‘Faith’ and ‘Weigh True Words‘ prove beyond any reasonable doubt that Ms Lindén is huge talent whose work deserves your full attention. Because ‘Chiaroscuro’ is an album that will reveal it’s many layers and nuances upon repeated listens, it’s an album to completely immerse and lose yourself in, to be slowly seduced by and most definitely not an album to be reviewed after just one listen to meet a deadline. A classic.