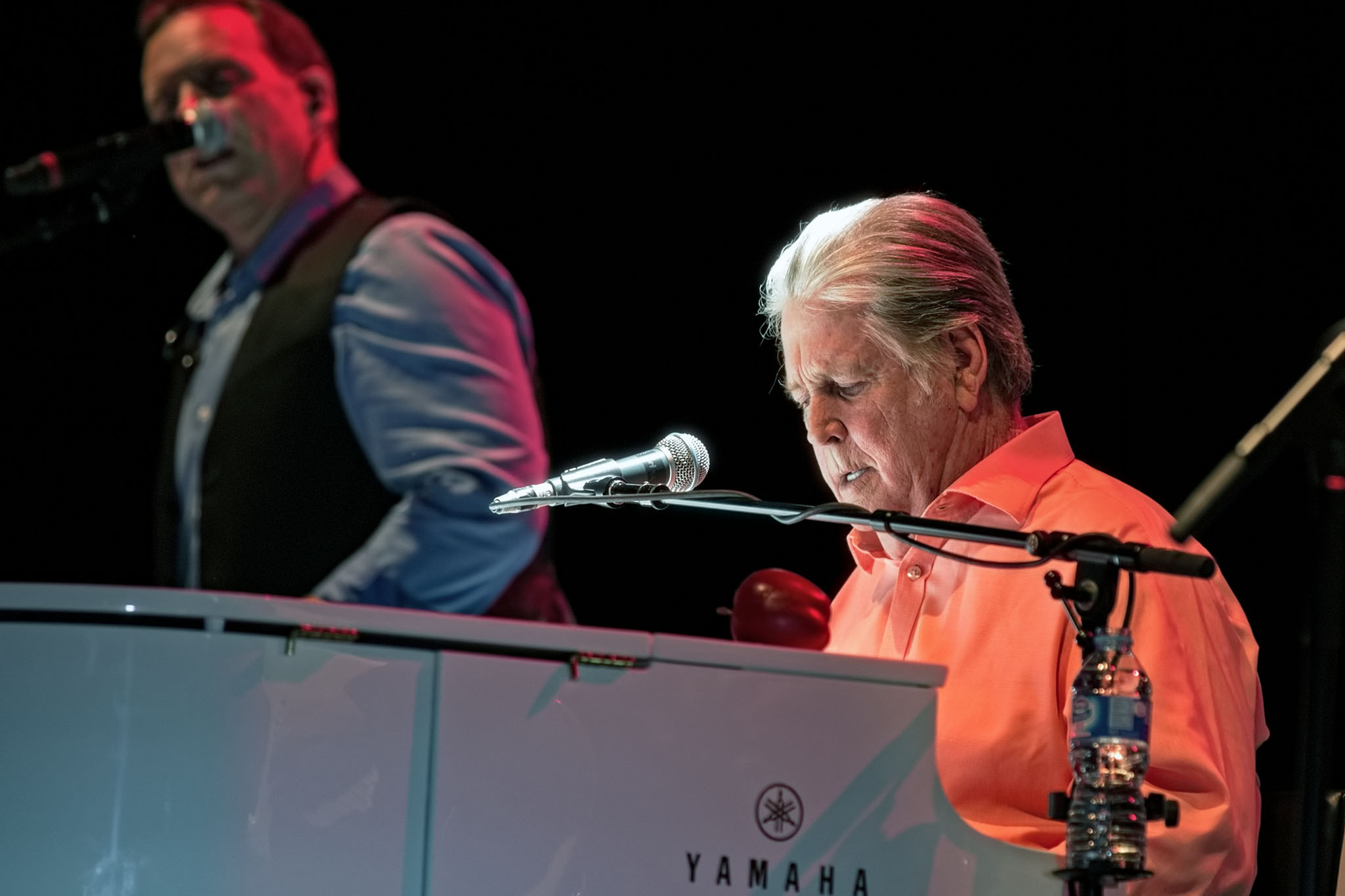 The sound of Brian Wilson presenting 1960s Hawthorne California is more than enough to inspire a happy battle through torrential rain in a Hawaiian shirt on Merseyside.  One of the last ever performances of Pet Sounds took place at Liverpool Exhibition Centre, a new live venue on the docks and the setting at which we all caught and rode those Californian sonic waves.  On its initial release, The Beatles thought so highly of Pet Sounds they were inspired to try and top it with Sgt Pepper.  On the 28th July hundreds of more Scousers took to their imaginary surfboards.  It was proof that, in spite of a very British wipe out, this seminal album can still call in the spirit of the summer of love in 2017 for us right here, right now on the 50th anniversary of the kids from 1967.  It is no surprise considering the history of these songs and the configured band members; we are told that Gary Griffin (an original Beach Boys touring band member) ‘appeared in the documentary Woodstock.  He’s sitting on the lawn during John Sebastian’s set with his friends doing what we were all doing back then’. 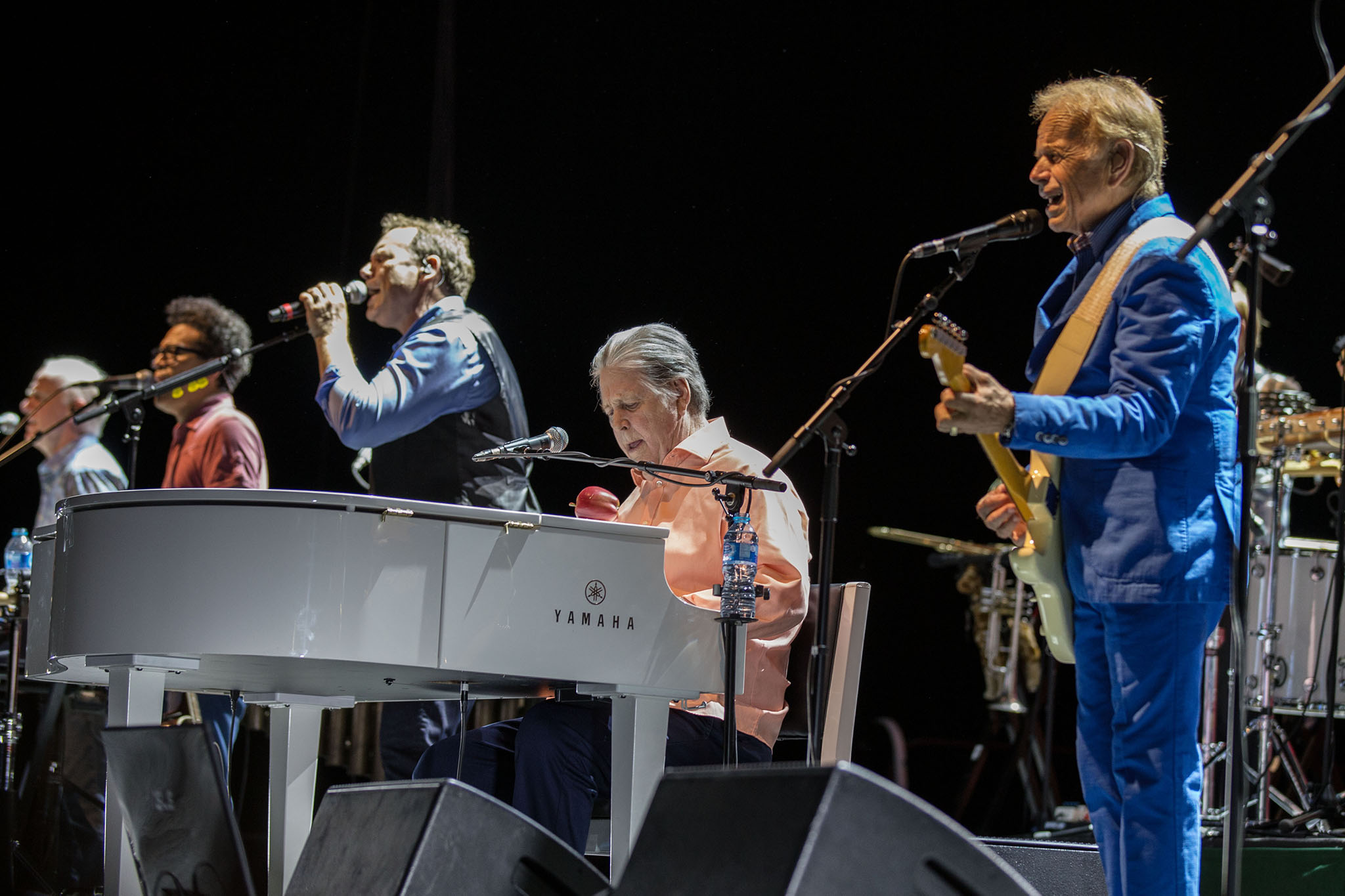 The Liverpool Sound City team were behind this unforgettable Friday night booking that made up a double-hitter of epic proportions (Gary Numan took to the stage the night before).  Those who had secured seats were positioned in front of the standing fans within the one level space; this was just below Brian Wilson’s piano and the rest of the other legendary band members who were playing ‘on vibe’ as well as on instruments as they told us.  They include original Beach Boys Blondie Chapman and Al Jardine, as well as his son Matt Jardine on vocals, guitar and percussion who Carl and the rest of the band explained: ‘to avoid any appearance of nepotism, made him audition for the band’. 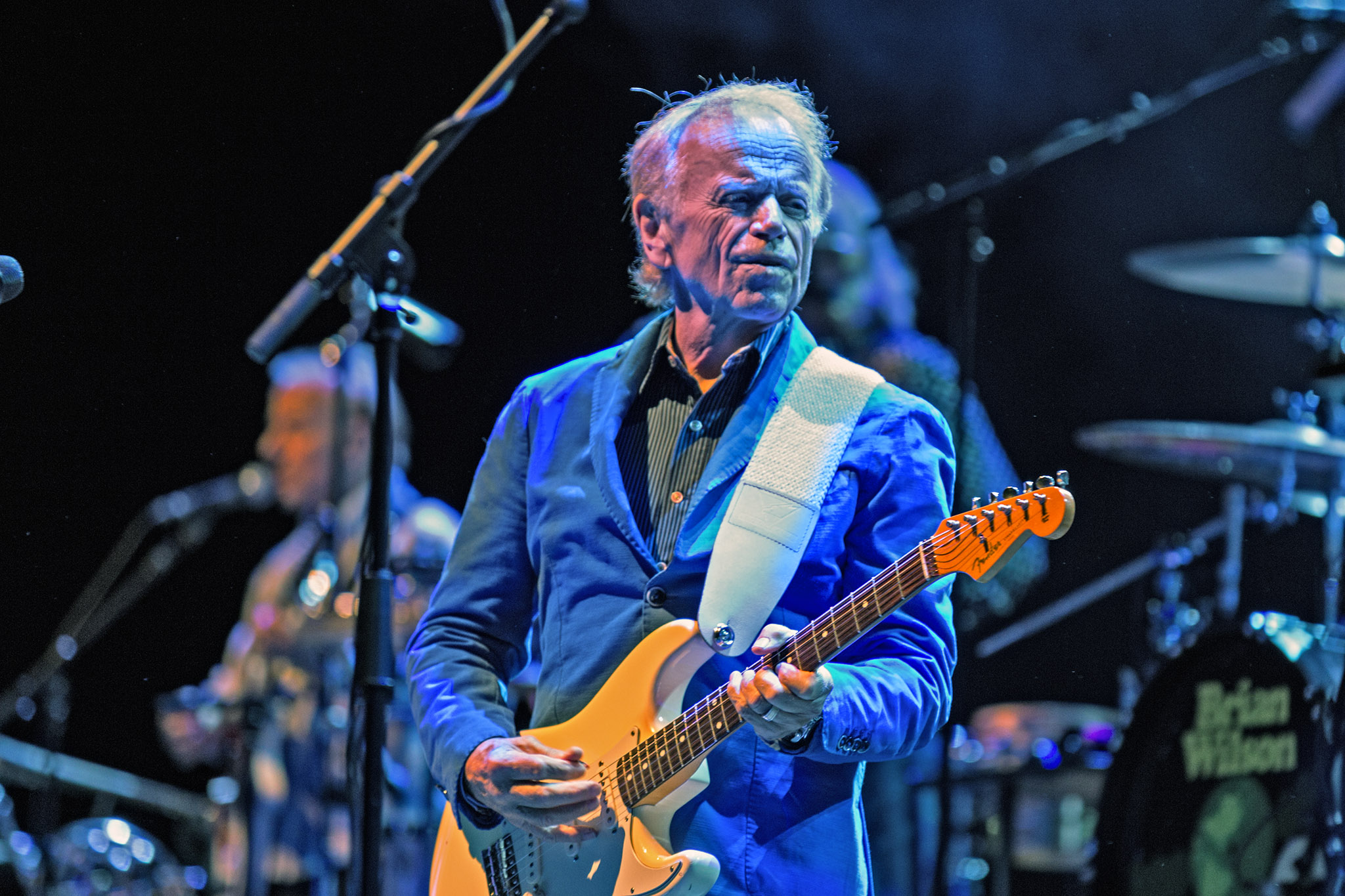 Pet Sounds was played in its entirety in the second hour of the set.  The first hour featured a collection of Beach Boys classics that saw the standing section Dance Dance Dance and opened with California Girls, I Get Around, Darlin’, Surfer Girl, Sunshine Tomorrow, In My Room, Little Deuce Coupe and Little Honda amongst others.  The last two songs on that set-list Brian told us ‘were our car songs’ but the whole list were all of our car songs, evoking memories of long journeys with family.  This was a multi-generational crowd and many were in attendance with parents and grandparents.  This last performance signals a finale, but not a final destination to their legacy.  This very special music will be perennially discovered by children going through their parent’s vinyl collections; a ritual marking the beginning of all new summers, and all dreamy bedroom down time in their rooms yet to come.

At the interval, the room next door was decked out like a mini indoor summer festival.  There is a real pink ice cream van and a fish and chips stand with plenty of room in the lobby to watch the Mersey with your cherry drizzled 99er safe from the rain behind their ceiling level windbreaker windows. 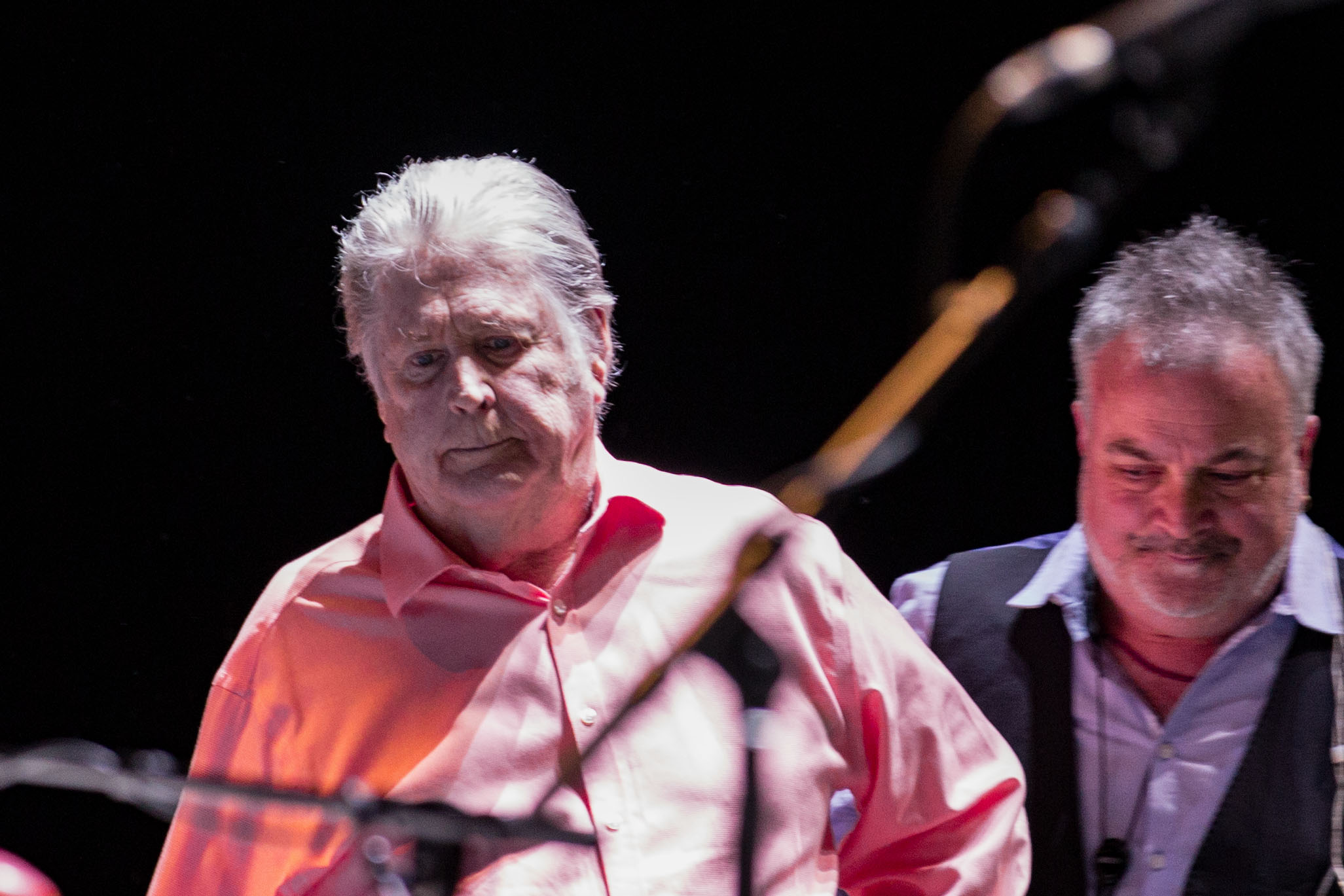 Brian was back in the second half to play Pet Sounds and half way through to ‘flip the record over’.  Wouldn’t It Be Nice still perfectly captures that feeling of stunted futility in adolescence, and the sense that this will be the happiest burden that time and chronology will ever have to offer.  You Still Believe In Me boomed out and may as well have been reverbing off the heavens; some invisible celestial door opened a bit wider to take notes on the warm golden summer sounds created by their harmonised vocals.

God Only Knows took a good sharp second of air out of the congregated music-lovers lungs.  Al Jardine introduced it as ‘the best song Brian has ever written’ and it is undeniably a classic.  It has been enigmatically coded to meet you in the same way that you would recognise the love of your life complete with soaring trumpets and lyrics that narrate love with deft simplicity.  There is something truly comforting about the rhetorical questioning in God Only Knows; it seems to be tuned into the same sense we get when we are happy within our homes.  It was bliss and it’s inexplicable. 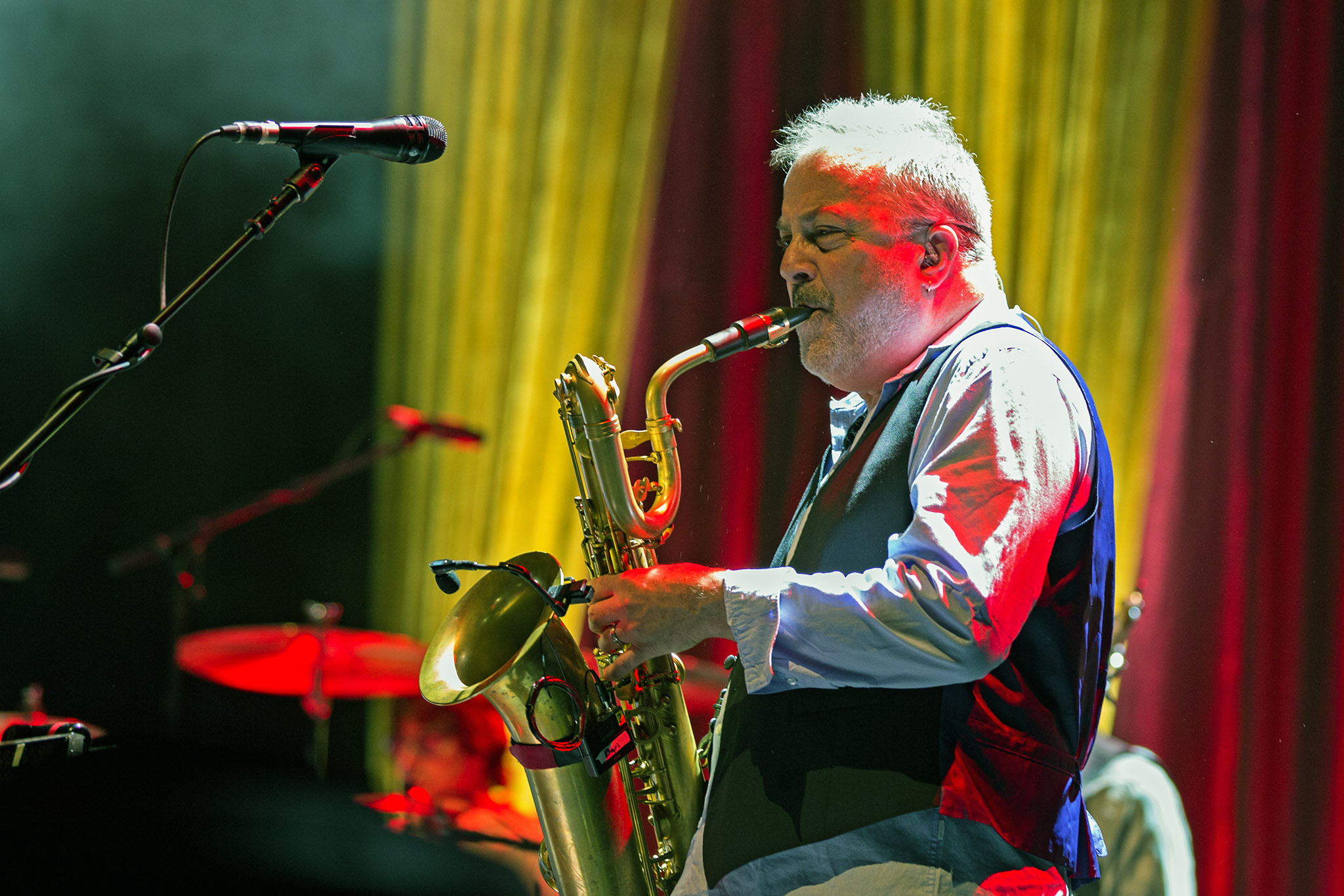 Once Pet Sounds was complete we were gifted with, amongst others, the fun of Surfin’ U.S.A. and the far-out twisted splendour of Good Vibrations.  It was an honour to witness live sonic proof of the sunlight playing on her hair in percussive jangles.  We left wearing our colourful short sleeved summer Hawaiian shirts and massive grins; back outside the weather didn’t seem too bad after all.  This final live performance marks a significant point in Brian Wilson’s career, and for different reasons, it is the stuff of both his and our lifetimes.  It was legendary.  Tell your kids.