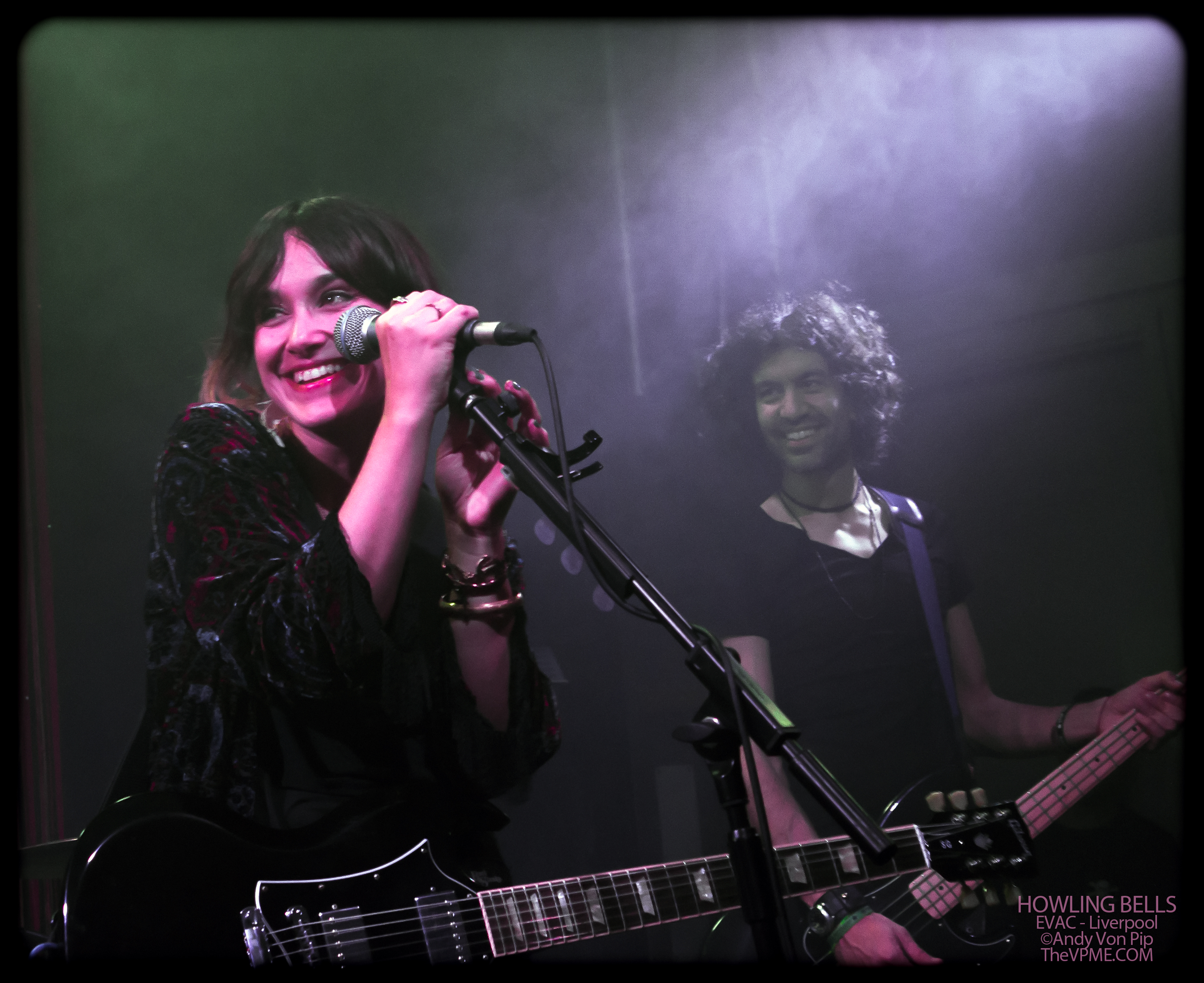 Our bemusement at the fact that Australian born, London based Howling Bells haven’t became huge stadia straddling rock n roll gods is tempered by the fact that actually we don’t really enjoy huge gigs. Arena gigs are a particular anathema – huge echoing impersonal soulless temples to consumerism where it’s almost impossible to feel any connection with the artist on stage. So to be able to watch Howling Bells perform songs from their latest album (review HERE ) whilst celebrating ten years together in Liverpool’s intimate East Village Arts Club (loft) really does feel rather fucking special. I mean how often do you actually get to see a band this good, at the top of their game in venue this size? 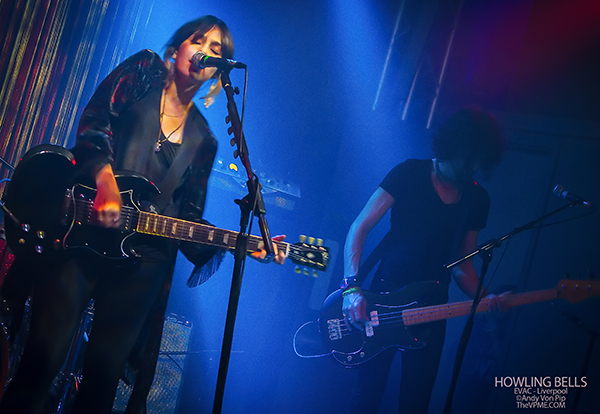 Of course, taste is hugely subjective but really in a sane world Howling Bells would be headlining the big stages at major festivals around the world, on a regular basis. But of course any notion that the world is sane can quickly be dismissed when you consider who the incumbent Mayor of London is! As it is this was almost a spiritual homecoming- for Liverpool will forever be intertwined with Howling Bells legend, given that their classic eponymous debut album was recorded in Liverpool’s Parr Street Studio back in 2005. Indeed guitarist Joel Stein tells us after the gig that band have a huge amount of affection for the city –  and for those who ventured out to this gig the feeling was entirely mutual. 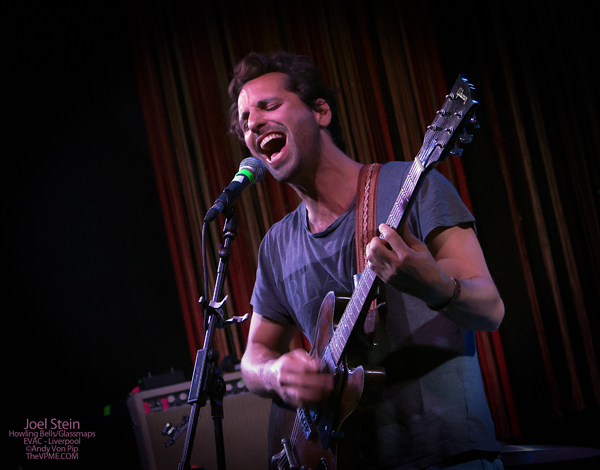 Tonight the set list consisted primarily of tracks from the bands wonderful new fourth album ‘Heartstrings’ but was also bejewelled with classics such as the driving wonder of ‘Low Happening’ the cinematic dustbowl drama of ‘Setting Sun’ and the dystopian electronic doom pop of ‘Cities Burning Down.’ It was a set that demonstrated that during their decade spanning career Howling Bells have never been one to sit on their laurels. They’ve experimented, explored new sonic territories, paid little heed to the zeitgeist felating critics and their latest album is a culmination of everything they’ve experienced and learnt during their time together. Live it sounds wonderful ‘Paris’ is evocative, soaring and satisfyingly melancholic, ‘Possessed’ is a coruscating sonic thunderbolt, whilst the albums gentler, more reflective numbers sound even more effecting than on record.

Live, Howling Bells have always been a force of nature, with Joel Stein once again demonstrating what an incredible guitarist he is whilst his sister Juanita’s sometimes-soothing sometimes strident but always beautiful vocals were as intoxicating as they’ve ever been. A fantastic performance full of energy passion and joy and proof positive that this is a band who remain at the absolute zenith of their creative powers. 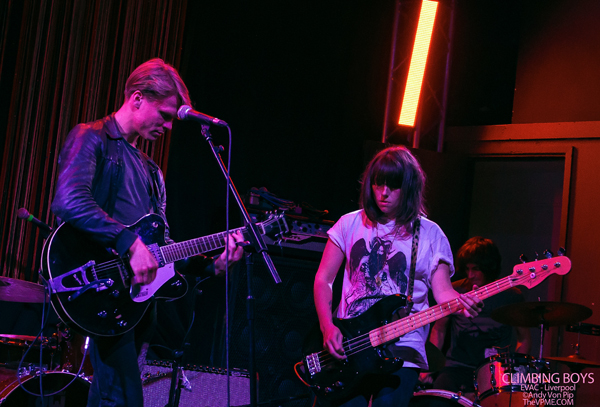 The support came from Climbing Boys, a London based four piece who have been steadily generating a fair amount of online buzz after a self released EP and critically lauded debut single. It’s always quite difficult for support bands in smaller venues, the audience hasn’t quite filtered in from the bar and they are often experiencing their first taste of life on the road outside of the London circuit. This certainly didn’t faze Climbing Boys who produced an impressive, passionate and polished set and despite us not being au fait with many of their tunes yet they provided ample evidence that they have songs of quality and real depth in their arsenal.