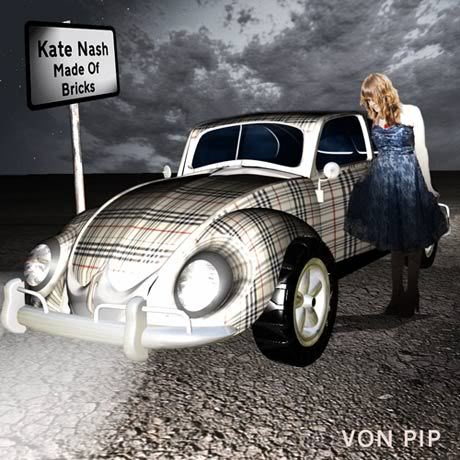 Kate Nash has lazily been described by the music press as the next Lilly Allen or “Mini Allen” but despite them writing about similar themes , their music is quite different . Lilly employs a mix of pop and ska , whereby Kate has an edgier punkier, do it yoursef feel to her tunes. Kate’s first unofficial single “Caroline Is A Victim” was released in February 2007, and was described by Pop Justice as “ one of the worst records of the year – the shocking ‘Caroline’s A Victim’. Even she seemed embarrassed by the whole affair.” Slightly harsh but the single was a double A-side and featured “Birds” which was by far the better track and showcased Kate’s lyrical dexterity and ear for a “killer” tune to greater effect than the rather gimmicky “Caroline” . Her first Official single the brilliant “Foundations ” surprised everybody and rocketed to number 2 in the UK charts and her albums (“Made Of Bricks”) release date has been brought forward due to the success of the single

So Whats It All About ? Music Journos love to categorise musical styles and create new and rather absurd genres . “Chavtronica” is possibly one of the most ludicrous labels attached to Kates music, however she claims to have been more influenced by early punk and female stars such as Regina Spektor ,than say, “God’s Own Chav”, Mike Skinner. So how does Kate describe her songwriting ? “I think telling a story is my strength as a songwriter . That’s because I did an acting course, and I’ve read a lot of plays, and I love films, and the theatre, I wrote a lot of short films and stuff before I wrote songs. So I think I’m good at writing stories. I write a lot of really human, simple stuff, so hopefully it’s relatable to a lot of people”